Would the shapeoko be able to handle making something like this with aluminium?

Would really appreciate some suggestions as im looking to get into 3d design and cnc. 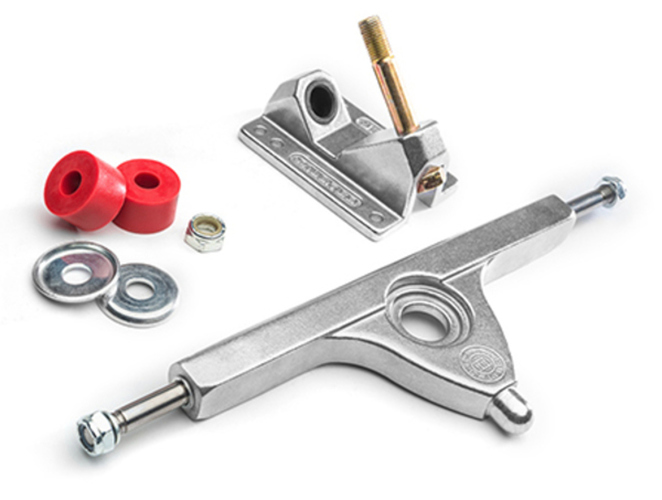 Given a suitable 3D file, endmills (you’ll need some specialty shapes if you want to do the chamfers/radiuses on the machine), feeds and speeds (possibly cooling) and an arrangement for flipping and fixturing the parts (esp. at an angle, also would you want to drill and tap the holes in the ends on the machine?) those should be doable. Redesigning the parts to only allow the features which are easily machined in two, or at most 3 setups and doing some post-processing w/ a drill press and a tapping fixture would make it a lot easier to produce)

There have been a couple of projects in aluminum posted here, most notably:

Hey guys, I’m a high performance automotive Fabricator and use my S3 pretty much daily and am setting up a second. I’ll update this thread with cool aluminum milled parts [IMG_20180801_142421_579] Many more parts and setup photos can be seen on my instagram @Vince.Fab

Thanks for answering here will. Any suggestions and advice would be really useful.

Anything is possible if you can think outside the box!

@ Kalpay on instagram just machined a few prototype sets and was kind enough to include photos of his setups. He was able to do them in 6 ops with locating pins and custom jaws.

Like @WillAdams said, if you can design them, maybe simplify a bit, I don’t see why the shapeoko wouldn’t be able to do the job.

At the very least when just attempting a project like this should be a learning experience!

My experience so far is that you’ll need to make some modifications to improve rigidity. Out of the box I haven’t had much success with aluminum. I made some cuts, but I’m not happy with the results. I’m replacing the MDF wasteboard with something more rigid and reinforcing the spindle mount. I would say that’s minimum required to get started. We’ll see how it goes on these next tests once I get the mods made.

Thanks Cole, i have been seeing a few people offering mods. I would be interested to see if anyone has extended the shapeoko past the XXL for the purpose of making 40’"+ longboards.

I would recommend using a different material like wood to first test your first 3d programs. It takes a tenth of the time to machine, is less expensive and crashes much softer lol.

The more experience you get with the machines the more you figure out what it wants and needs as far as mods go.

If you are brand new to 3d design I highly suggest diving into Fusion 360. Its free until you make over 100k a year, has great CAM and other tools! Many of us hobby/light production guys use it.

While there are ways to mod machines bigger the are also ways to program the cutting called Tiling. This splits up a big job into smaller jobs within the available travel of the machine. I know Richard right now is cutting a 30" long fully 3d machined part on a 16" S3 right now, its awesome to watch!

My retired Cindrich. The machine that cut this is pretty big lol 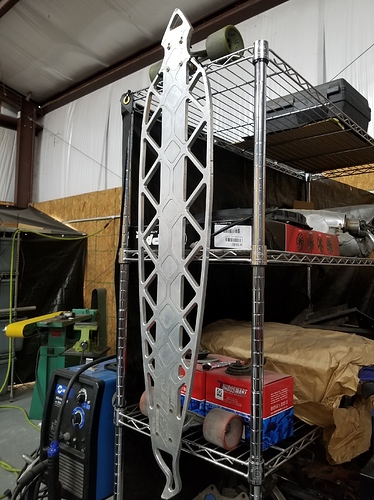 You have been really helpful Vince, Thank you. I will jump on Fusion 360 as it seems to be the one thats recommend by the masses. Ill share some of the ideas i have with you and see what you think

No problem Aaron! If you search Lars Christianson on youtube he has vids that cover everything from the uber beginner to advanced user.

As far as sharing goes, Carbide has a beta project sharing site called www.cutrocket.com . You might want to check it out!

I think others will disagree - there’s a an awful lot you can get done in aluminum with a stock machine if you’re willing to be patient. For that matter, a 40" project -can- be done on a short machine, it’s just a fair amount more difficult.