I found an article on running Windows 11 on the Pi 4, so spent the day yesterday giving it a go. It’s totally unsupported but executes X86 code on Arm with no problems. Here you see Carbide Motion and Carbide Create running at the same time. 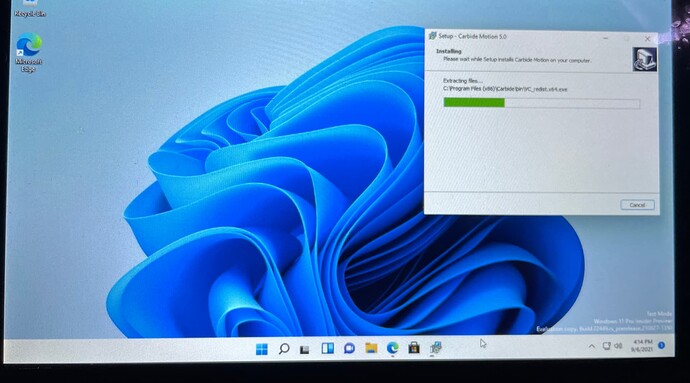 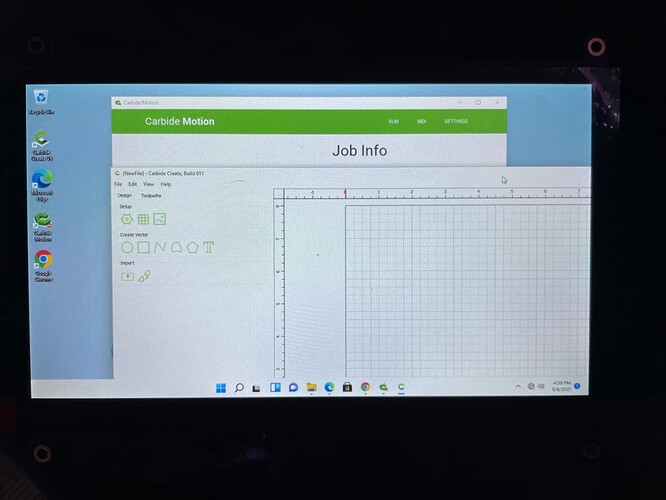 It remains to see if Microsoft opens Windows 11 to the Pi.

That is pretty cool running on a pi. I have an HP laptop that is currently running Win 10. From what I have read MS requires gen 8 or above Intel processor and I have gen 7. Plus I hate Windows and better the devil you know with Win 10. I will not be trying to update to Win 11. There will be a long time that Windows 10 will be supported.

I have used Windows since the DOS days. Never have there been such a defective product for so long in the history of the world. MS just keeps making defect after defect and does it with a straight face and a pocket full of money. If MS were a car that constantly ran off the road and crashed would you buy a new model of the MS car after millions of wrecks? Unfortunately it is pretty much the only game you can get if you want to play.

I hate Windows and Bill Gates for stealing it from Steve Jobs.

I’m not a fan of Steve Jobs, and if Apple was a car, you would not be allowed to work on it yourself, let alone modify it. And Steve Jobs stole it from The “Woz” anyways.

For an interesting examination on business practices amongst these folks, I recommend:

The bottom line for modern OS is the consumer is screwed. I have installed thousands of Solaris, Linux, MAC and even NEXT. All have issues but unix has more security in the basic OS than the best Windows with any security apps. Like Steve said Mac is so properiety and they own your soul in the fine print you agree to in the TOS. When you buy music from Amazon you own it. From Apple you have a right to use until you die then it is Apple’s property again. Your only alternative is to live off the grid so only the government can spy on you instead of a cast of thousands on the internet.

Even if you get a physical CD, you don’t own the music, just have a license to use it under copyright, see case law for phono recordings and music licensing for performance.

Mac OS X is pretty much NeXTstep, just no repositionable/pop-up main menu or tear offable submenus, PANTONE license, or Display PostScript, and uses Free/NetBSD, rather than 4.3BSD (so no need for payments to AT&T), but one gets Carbon and Quartz, &c.