I need help solving a puzzle. I am attempting to setup my Shapeoko XL, and it has been difficult because I ordered the belt drive Z axis and the HDZ. There does not appear to be a single set of instructions to build an XL with an HDZ, so I’ve been having to bounce back and forth between different instructions trying to figure this out.

But here is where I am stuck, the “X-Axis Drag Chain Bracket” I received matches the instructions for the Z Plus so the bracket I received looks like…
this… 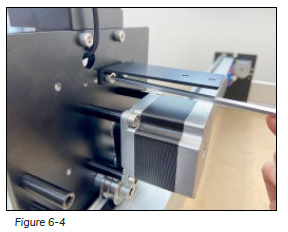 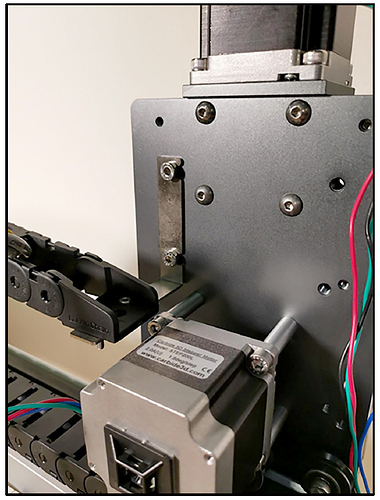 But I don’t see how the bracket I received works with the HDZ. I contacted support, and got a reply that they will work, and pointed me back to the same instructions.

Has anyone already solved this mystery?

I have the one in your second picture from my original setup.

Does the one pictured at the top have the same screw hole sizes? It looks like the screw hole locations on the brackets are different, but you might be able to get away with just one screw versus two vertically oriented. Worst case scenario, I can mail you a spare that I happen to have.

I installed my bracket on those two holes (and used slightly longer bolts and some washers to offset it, and rotated it 180 degrees so that the drag chain mounted at the top, not the bottom).

You can sort of see it in:

Okay, I tidied up my wiring as best I could — some pictures: A wiring extension connector and the Z-axis homing switch connector just fit into the lower part of the drag chain bracket — I opened up the drag chain and tucked the motor wires into it rather than coil it: [20200323_080701] Then everything can be neatly zip-tied in place. [20200323_081507] and the zip tie wire loom idea works well for cable management — I also left the ones in-between cables long in some places, tucking them int…

if you need a different photo let me know.

Will - it looks like you have the bracket that Robert doesn’t have, Robert’s picture number 2? 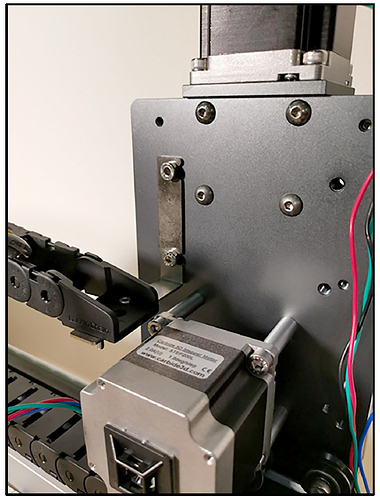 Which I don’t have, what I received was the “B” bracket pictured here… 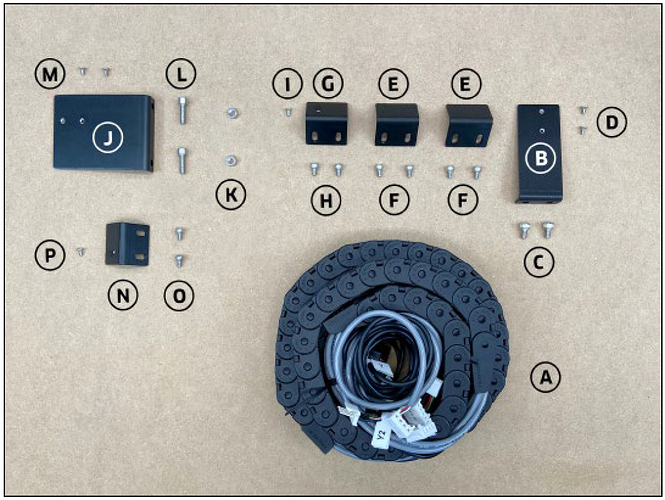 … but I am also missing some of the hardware from that picture as well.

Please contact us about this at support@carbide3d.com and explain the specifics — we should be able to send you a steel belt drive bracket.