Any have an issue with the stepper motor slipping it seems like. Makes a sound. I made sure all set screws are lined up with the flat spot. I played with the tension on the belt but still making sound. It happen on my hello world test.

How did the Hello World test run? 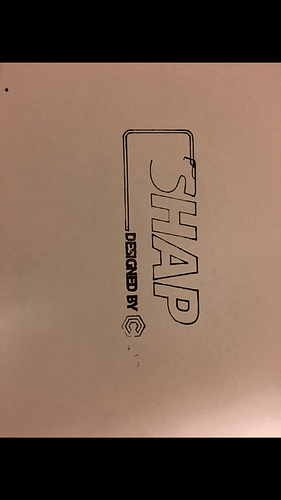 If all the pulley set screws are okay, then it’s probably belt tension (I hope). This can be tricky to get right at first — takes a bit of practice.

The other possibilities are:

Nope, from the photo, I going with the set screw is NOT on the FLAT. 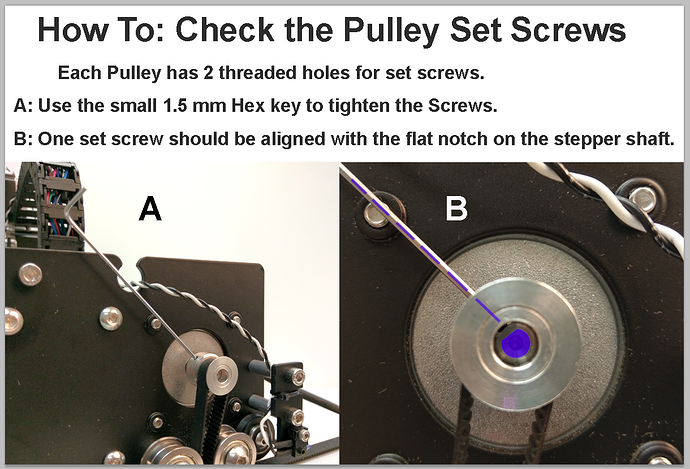 I did check the one and the set screw appeared to be on the flat spot I will verify again. It will make the sound when not turn on and I push down on the z and let it up but not all the time. And down sometimes

It will make the sound when not turn on and I push down on the z and let it up but not all the time. And down sometimes

I think Scott is saying that the sound also happens when the machine is not powered and he physically pushes the carriage up and down. This leaves the problem mechanical, either loose pulley or not enough tension on the belt as suggested by  WillAdams above.

Agreed. Another possibility is the machine generating a pulse. yet another the spring catching.

Is it possible that the “v wheels” are too tight against the guide rails? And they’re slipping rather than turning?