Are there any plans for a dust shoe for a Z-Plus that is independent of Z axis travel - like a Suckit?

If there was, I would have expected to see holes in the XZ mounting plate — my simpleton thinking is that it seems wide enough to accommodate, but no provisions were made for it.

@Luke had a boot that didn’t move on a recent post on instagram. He may have an HD though.

If you already have a Suckit, I am just about to release a design to mount it to a Z-Plus that does not sacrifice any X travel or require any modifications. It will be selling the design files or kits for pretty cheap just to help me cover my hobby. I am not sure what the rules are about posting that sort of thing on here but if I can, I will.

I am not sure what the rules are about posting that sort of thing on here but if I can, I will

It’s kind of against the rules, but if you keep it lowkey…well.

Thanks for the info. That link is broken though.
I’m not interested in breaking any rules here because I really enjoy this forum and like being a member of it.

That link is broken though.

I don’t have a Z-plus (original Blue HDZ), but I can’t imagine there’d be a problem with you offering to 3D print parts or put kits together for those that can’t or don’t want to themselves.

Interested as well as I don’t have a 3D printer.

I’m not interested in breaking any rules here because I really enjoy this forum and like being a member of it.

Just to clarify, I was pointing to the rules just so you know they exist, but I’m with Neil on this one: I can’t see this being a problem (I have zero authority on the matter though).

This is just my first try in adapting my old dust shoe, I’m not up and running jet as my Z-plus kit was incomplete, but I’ll probably someday make an optimized version… 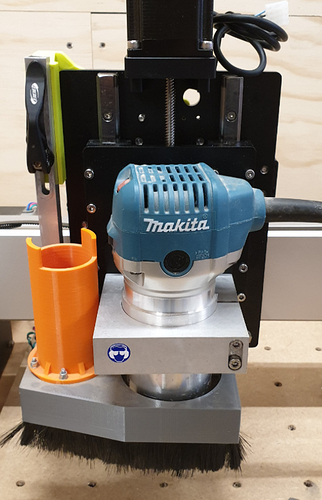 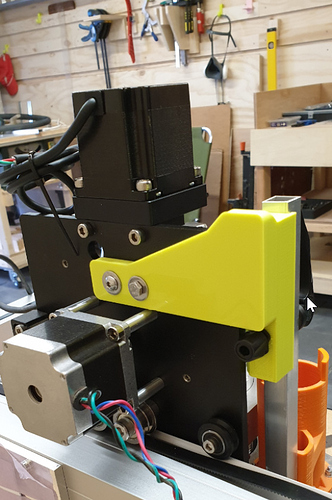 Does that limit how far left you can jog?

Have you tweaked the relevant GCode setting to tell the machine not to beat itself to death on the left Y rail?

yep, space usage on the left can be reduced, I’ll make a better version some day, this is just the first rough try on the Z-plus. I’ll make a better design someday, but I like to stick to the basic idea and keep using the bicycle seat quick release for height adjustment

Some people use the full width but most never do. I have an XXL and an XL would do 99% of t he work I do but I do like having the extra 1% for some reason. I live in Texas where everything is bigger. Yee Ha!

I ended up building an adapter for my Suck It since Sweepy was completely useless for anything more than 1/2" deep (at least until they offer the brush set). 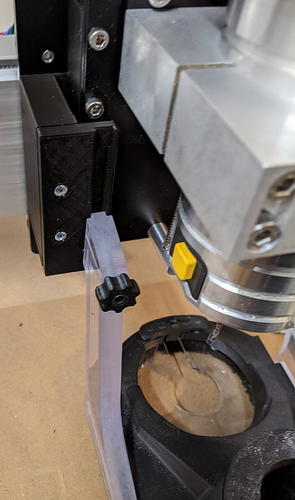 I posted it to thingiverse in case anyone finds it useful.