In Cutting clean text vectors on a 3d model in CC Pro, @atomicmarmot asked if one could cut normal carbide create (2D) toolpath on top of a 3D model. I pondered that it should be possible and @Julien posed the challange. 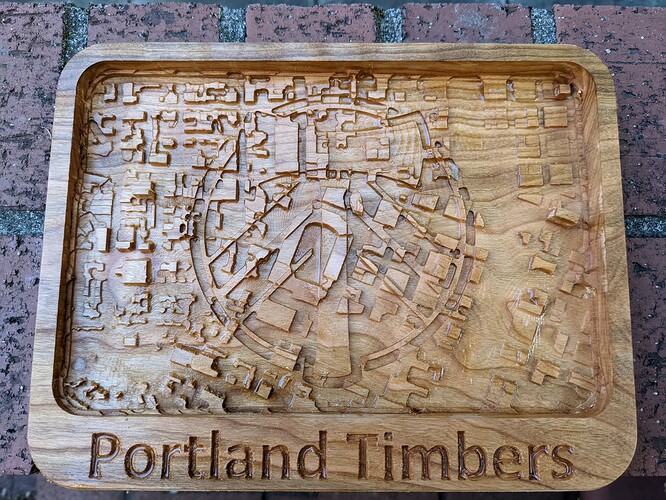 It starts with Blender + GIS plugin, to create an 3D model of the area of interest.
By following the great youtube video at Blender GIS - YouTube one gets an STL pretty quickly.

Add a rounded edges, some text and one gets: 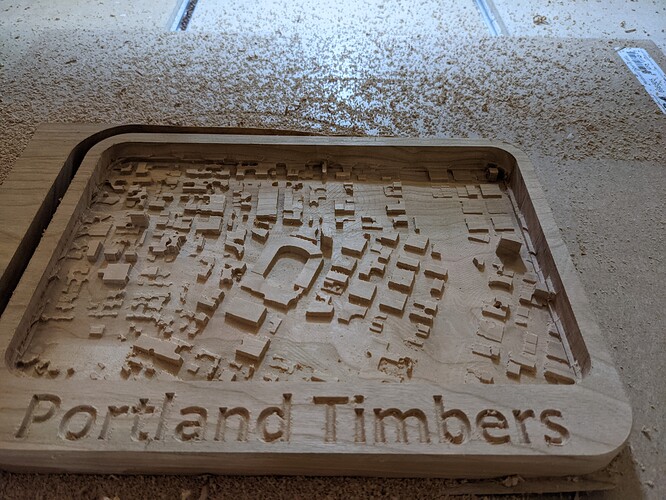 But… so far it’s a city scape with stadium, no team logo yet. So on to wikipedia, grab the SVG, in Carbide Create load the SVG and make a 0.06" pocket. Easy peasy.

Except we want this pocket to be layered into the existing model… Julien: Challenge Accepted. 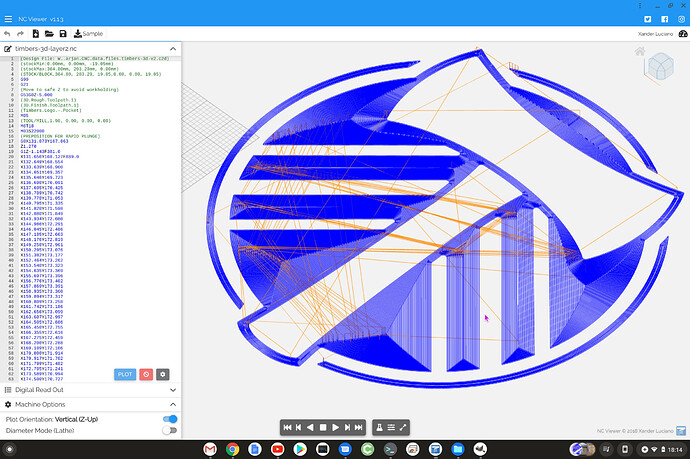 ) and … out comes a nicely modulated gcode that will cut the logo perfectly into the previously cut design.
This gcode is too large to upload but it looks like this in ncviewer: 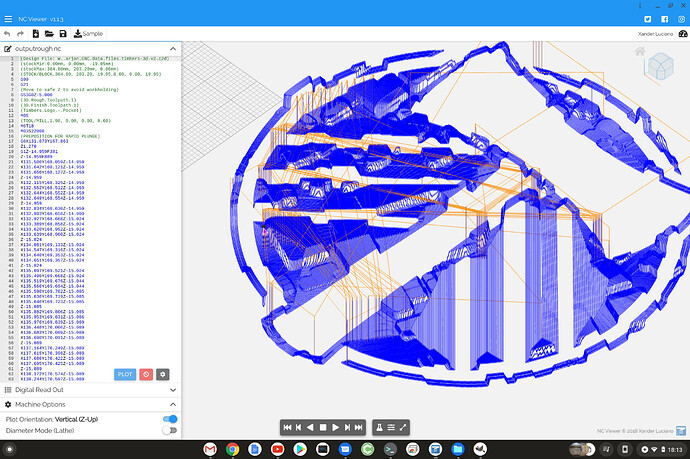 some other up pictures: 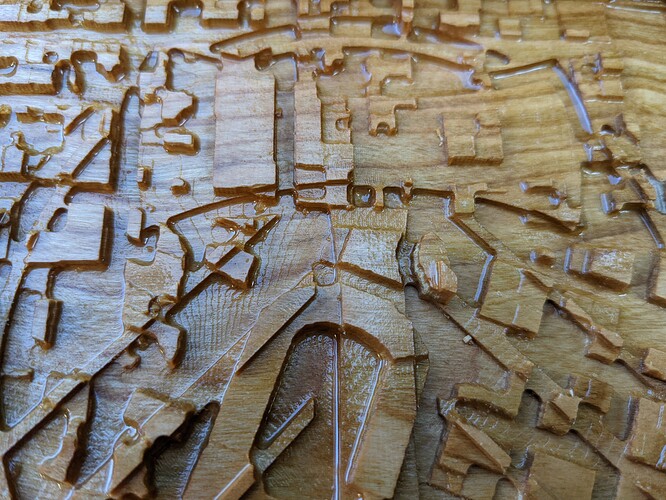 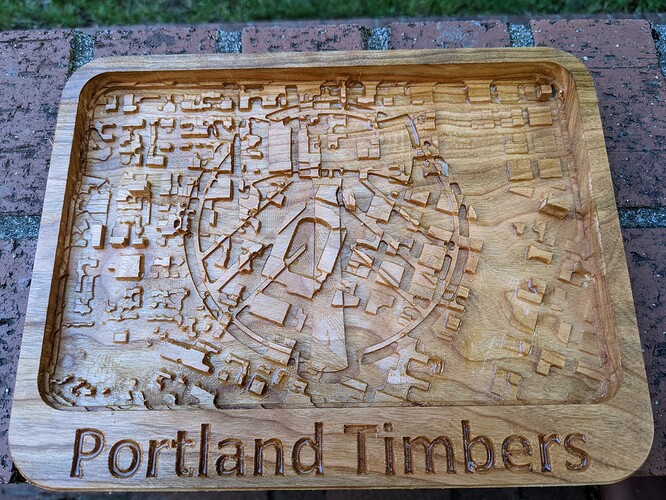 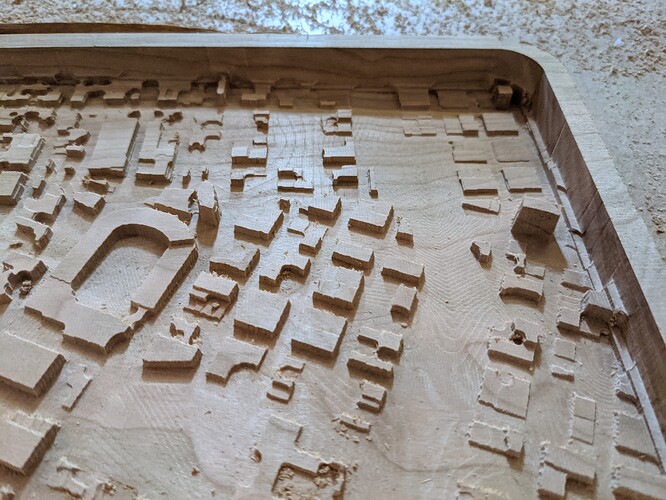 btw @robgrz the gcode export of that c2d file shows an interesting C3D “behavior”; after the advanced vcarve CM will ask for bit #302 again for the champfer, even though that bit is already in the machine

Aaaand he did his magic, once again. Fantastic job, I’m sure this will come in handy on multiple occasions

I suppose it could be iterated to modulate the result a second time with a third g-code file. Not sure it would be easy to find an example where blending three g-code files would make sense/look great, but I can think of:

Arjan - this is great. Now I need to find a project to run it on. Unfortunately my last project - wherein I complained about not being able to cut clean text paths - needed to be completed due to a deadline.

I used the CarbideCreate 3D finish process to cut a lot of text with a .03 endmill and predictably, it sucked.