With that in place, and the V carving trimmed back a bit, we need to work out the fingers/pins — there will be 3 separate pin widths:

Due to the vagaries of how OpenSCAD handles variables, the most expedient thing is to allow defining the number of pins for each set of edges. 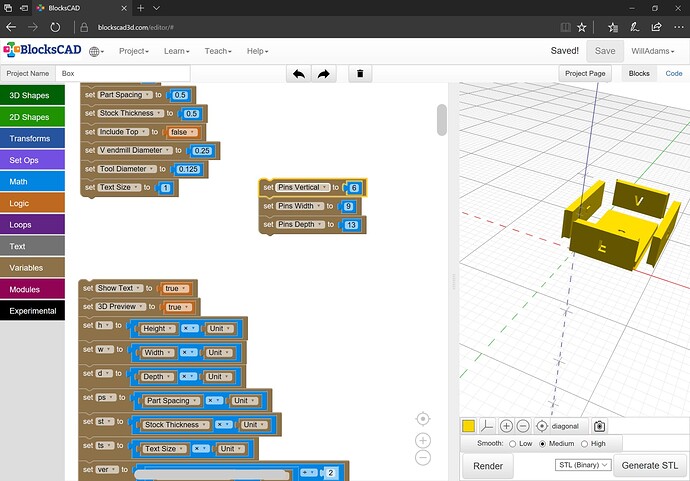 which will then require calculating the necessary width of each:

Using a single module for the joinery requires a number of variables:

Cutting the sides didn’t quite go as well: 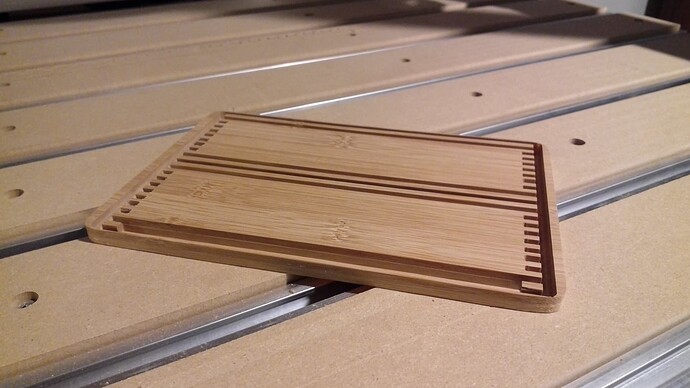 but well enough that a test fit should be worth doing.

Had to recreate a file after an accidental deletion, but we now have: 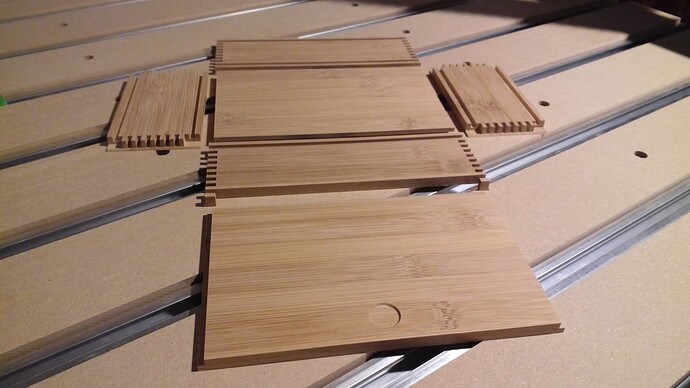 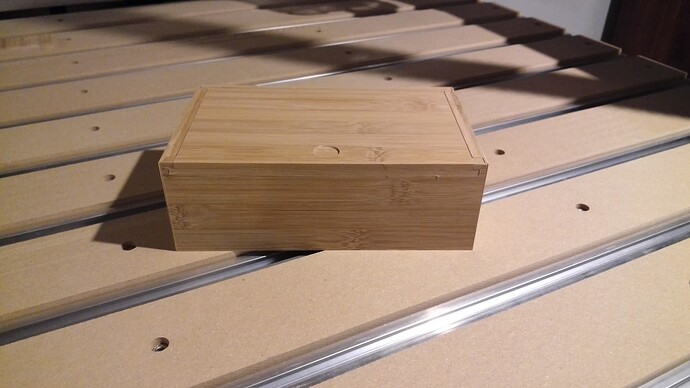 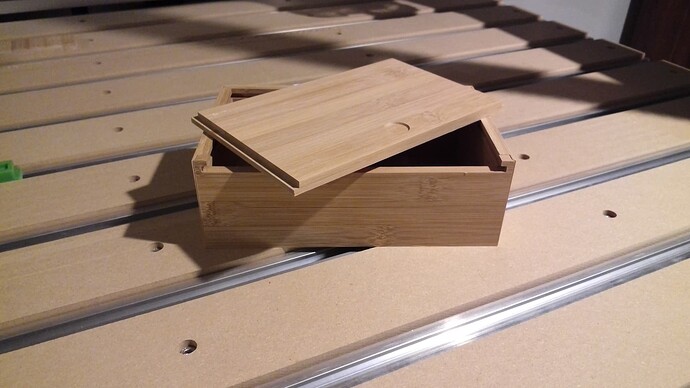 In case anyone else scored any cutting boards and wants to make a $4 (or $5 w/ inflation) box:

Thanks for this Will. This box design will be something I try in the not too distant future.

If you have any difficulties working up the toolpaths, let me know.

for a basic tutorial.

Eventually there will be a compleat writeup at:

This is so cool! Well above my current wheelhouse, but really puts things into perspective on what is possible with the machine. Really want to do this in the future. 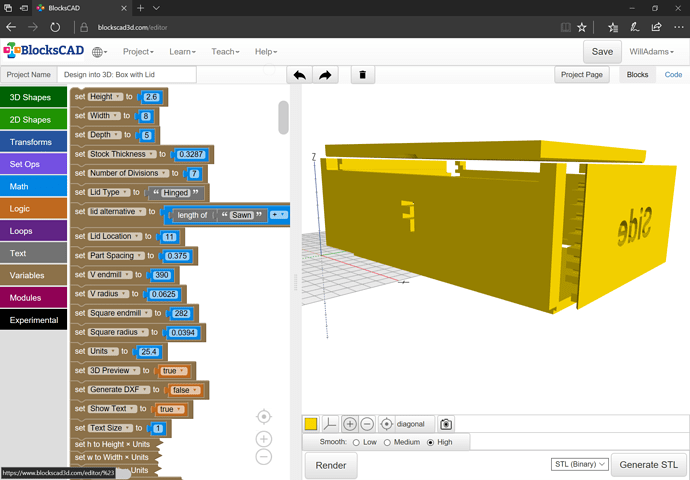 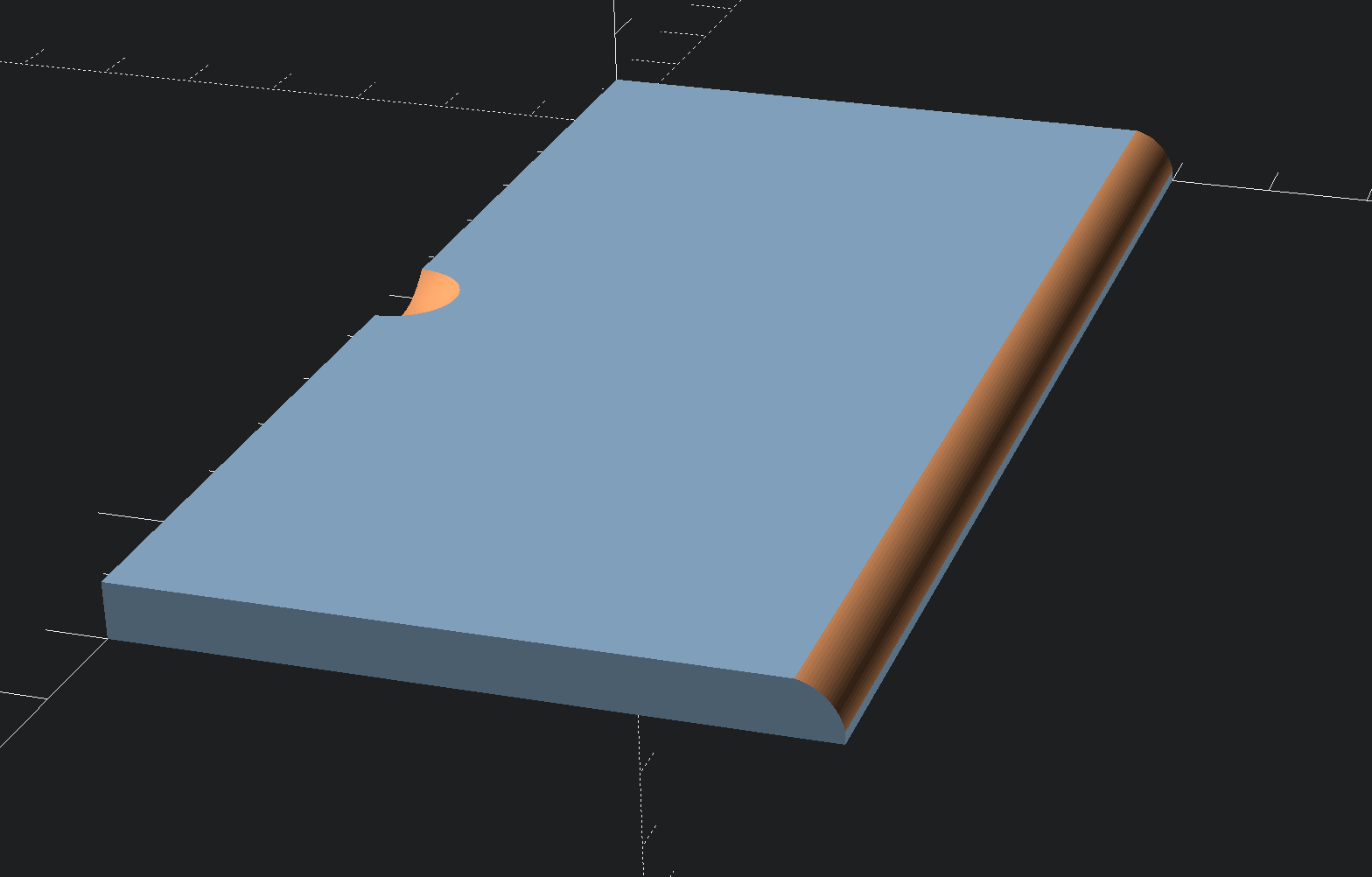 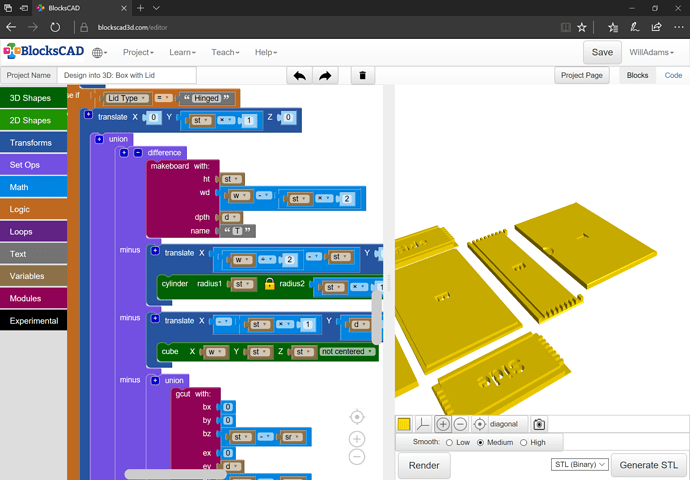 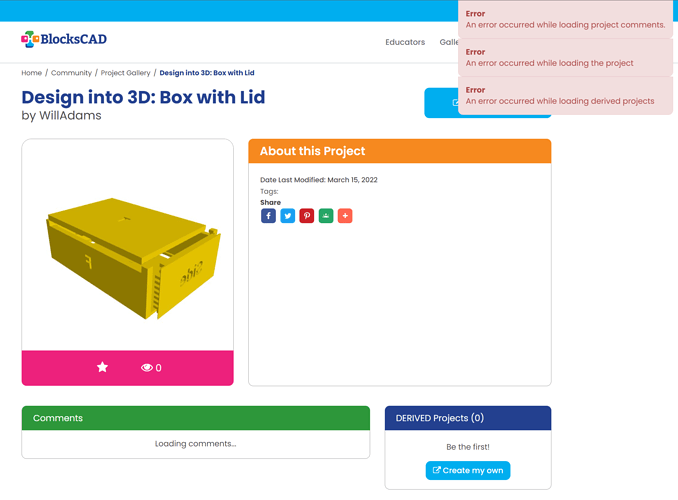 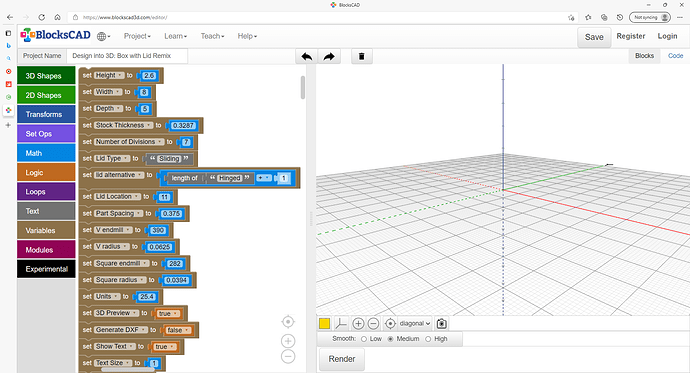 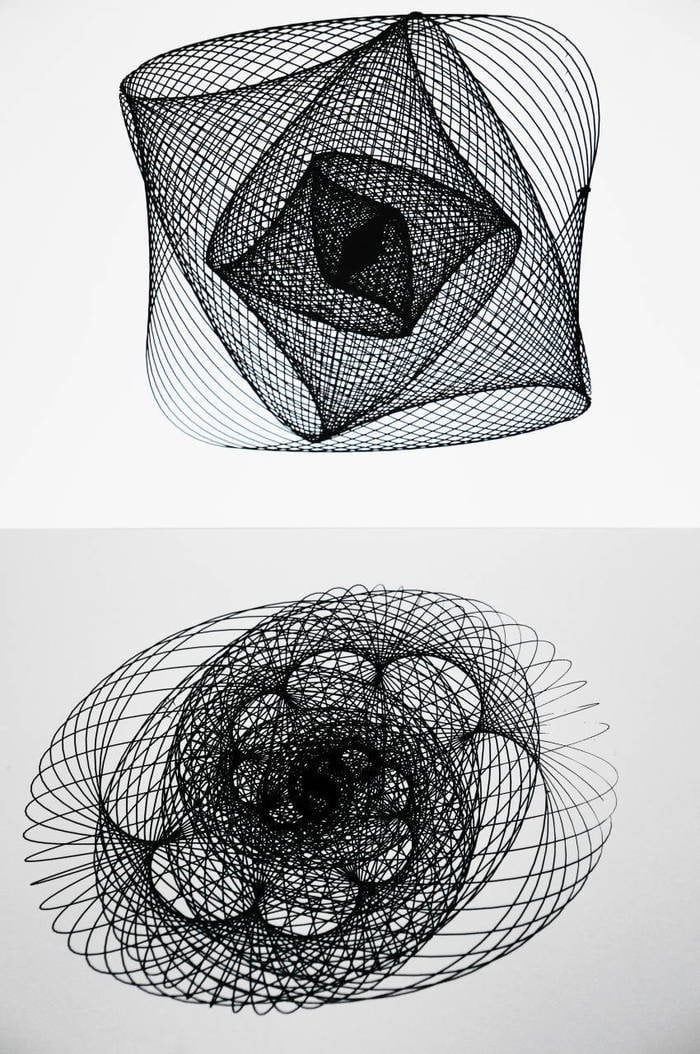