@robgrz has released the new Layers feature in beta, and experimentation has begun! @fenrus made a really nice tutorial (here) to show how to put objects onto the layers and how basic layering works.

I was thinking about how I would use layers - and resurrected an old project of mine where I really could have benefited from the layers functionality. I thought I’d share it here.

The project was a small box with a mating lid and a subway tiled etching on top. 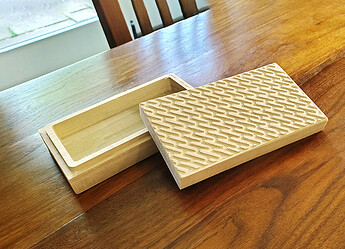 Original design all in one file: 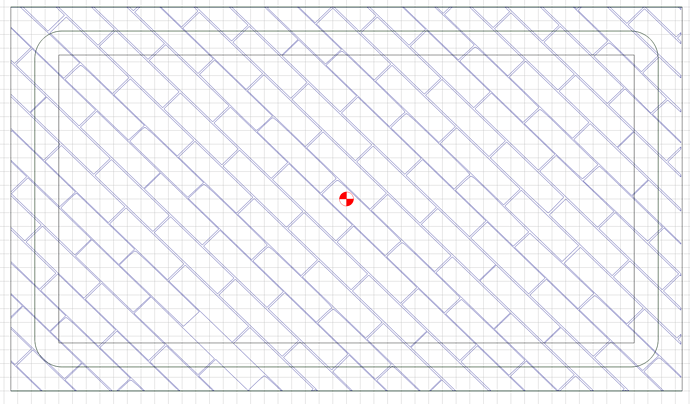 image2065×1211 609 KB
In order to create the toolpaths - with everything visible in the design, I had to visualize which lines belonged to which part.

Organizing this into layers really helps:
First, I created a layer for each part of the box which would require separate toolpaths: 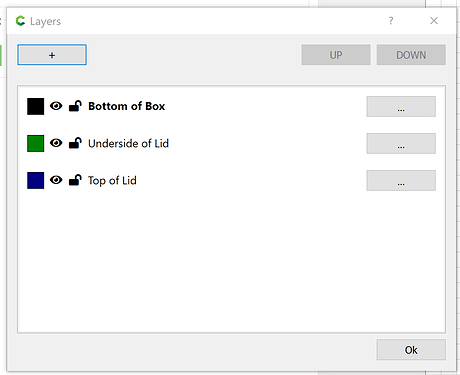 image1232×1003 18.4 KB
Then, I placed the appropriate parts into each of the layers. NOTE: Since I was retrofitting an existing project, I had to select the objects and move them into the layer. Had I been designing this from scratch, I would have created them in the layer originally. Use @fenrus’s tutorial to learn about manipulation of objects.
Also note: You may have to copy some objects so that they can exist in more than one layer. This is a little kludgy - and I can see some maintenance issues if sizes need to be changed, etc. - so maybe we can come up with a better way of allowing an object to belong to more than one layer???

Underside of the Box Top:

Top of the Box Top:

Setting toolpaths for the underside of the lid: 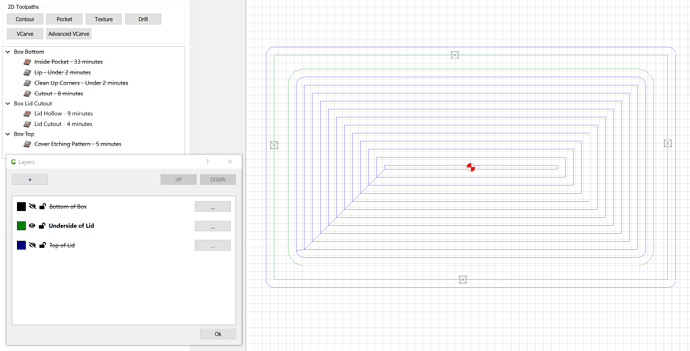 This is really a nice feature that I can see will greatly improve the usability of the product! Hope this helps to clarify at least one usage!