I’m working on a sign for a camping group and I used an old door to practice the tool paths, but I’m noticing several problems. I used the standard 201 1/8" end mill and 60deg V bit with standard feeds and speeds. Any advice? 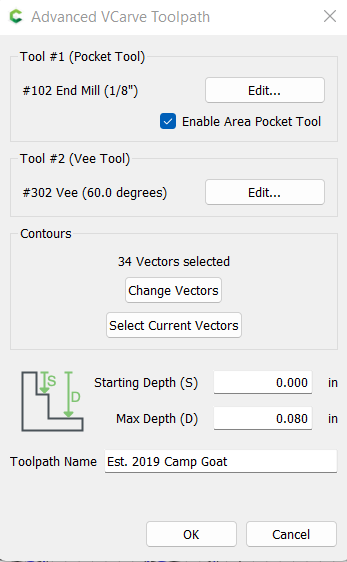 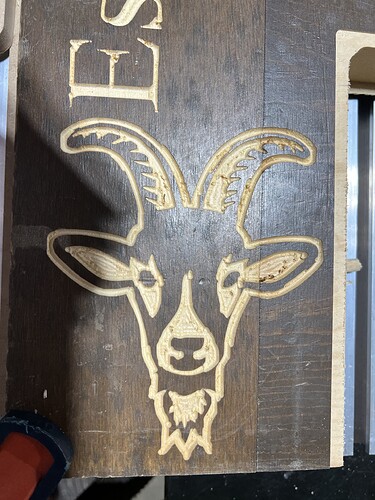 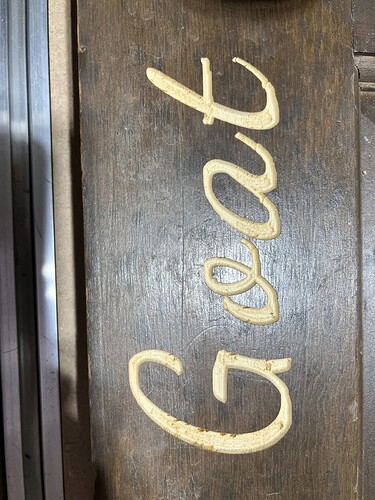 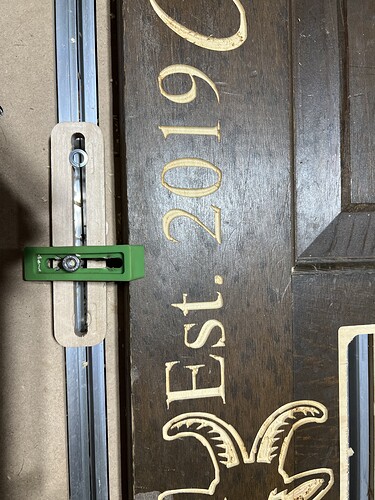 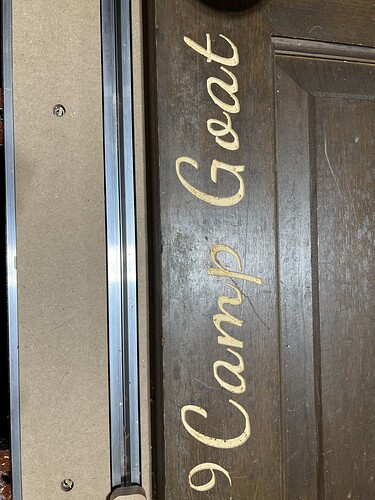 Start by checking the machine mechanically. Per the machine operating checklist: Machine Operating Checklist - Carbide 3D , the basic points of adjustment for a machine are:

Ensure that all screws are in place and secure, esp. on the linear rails on a Pro.

If the machine is mechanically sound, check wiring and connectors.

If everything else checks out, review feeds and speeds.

that looks like you have some “wiggle” in the machine… something is not tight enough.

@WillAdams has a good checklist, but for a simple test to see if things are tight is to (with the machine on but the spindle off!) see if you can move or wiggle the bit at all. Like anything even a properly setup machine has a point where things move, but that’d be a huge force… while if something isn’t tight there’s a relatively low force at which things move around a bit

(unrelated suggestion; when using advanced V carve, I tend to stay away from 1/4" bits and only use 1/8" or smaller… anything where the bit can’t go the V bit will have to clean up and that’s not as good looking – and time intensive – as a proper normal bit… and a 1/4" bit just leaves too many of such areas to my taste.)

Thanks @WillAdams! I’ll give that a try and see if I get cleaner results. Should I make any changes to the toolpaths such as going from a 60deg V Bit to something finer? The letters are about 3" tall so I thought they’d be big enough.

If anything, for such large letters, a less acute, more obtuse tool would be an option — unless you wish to minimize the V appearance and emphasize the flat-bottomed pocket as alluded to by @fenrus

I’ve been working my way through the maintenance and tuning guidelines. The Y axis belts were definitely under tensioned and I’ve fixed that to where they both are about 125Hz when the belts are lifted by two 1/4" end mills 500mm apart. The pdf you shared for linear rail maintenance was a little unclear on which of the ball bearing carriages for the Shapeoko Pro X and Y rails actually have lubrication ports. It just says “not all will have access port.” So I have a few questions. 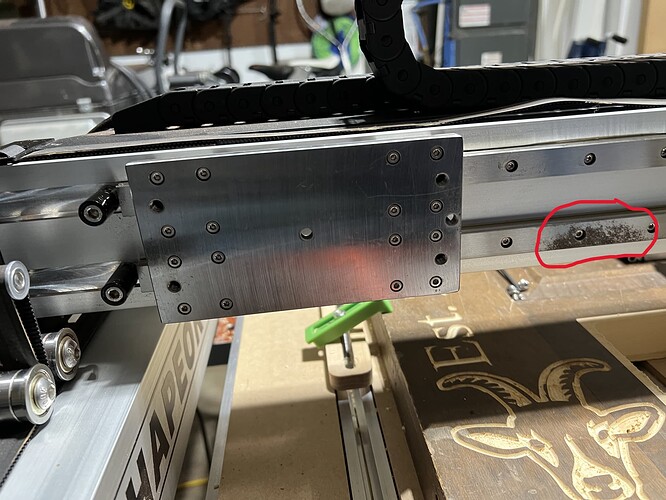 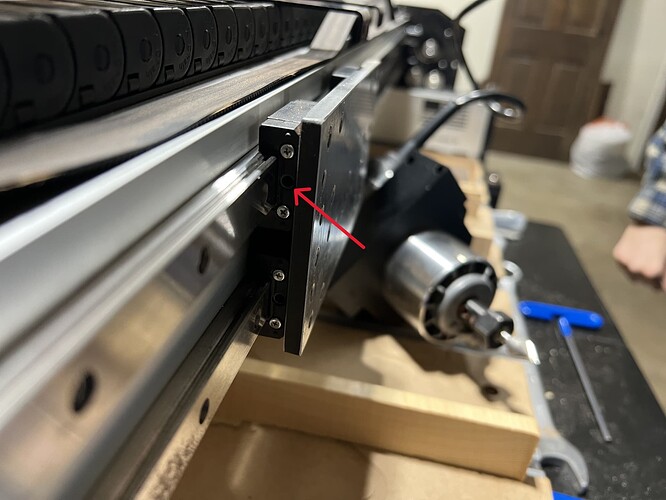 @WillAdams I have that document from your previous post and I actually referenced in my last comment. I was looking for some clarification on the parts that are ambiguous or unclear in that guide.

Write in to support@carbide3d.com and we’ll do our best to assist.

The red arrow is where you want to be putting the oil in.
I’m not sure I’d recommend removing the plate.
For the rust, I’m hoping @Luke can weigh in, but I think you can safely remove it. But still write into support about it.