Atomstack A20 Pro. Was thinking on getting this. Anyone have any input or advice 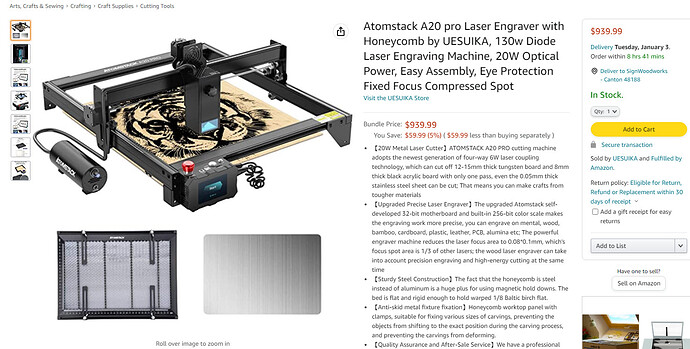 For that much money, I’d look at a CO2 laser, not a diode laser.

I’m now seriously considering buying the 20W laser module only, and fitting it to my Shapeoko

I have a small Ortur laser, but I only use it for light engraving. I have a 7W (output) JTech that I used on my SO3 and SO4Pro that gave me a lot of working area. I will also be trying one of the 24w JTech diodes on my SO5. Those are powerful for a diode, but keep in mind that is getting into C02 territory for price. If you don’t plan to make a business of cutting much, it might not matter. Also, another downfall of diodes is that they are in a visible wavelength, so not effective on clear acrylic. But they have a pretty fine dot for nice engraving work.

I believe having a laser is great complement to having a CNC. Where CNC is strong, laser is weak, and vice versa.

CNC: Cuts and carves really well. But you can’t cut square corners, and what’s the point of having a ShapeOko with a 40 inch cutting bed when you need to carve something that is fractions of a millimeter…

I only have the laser I have, but if I were buying a laser today, I would look at AtomStack and Xtool. But I also feel like the technology right now is a bit like computer tech in the Windows 386 era–meaning whatever you buy today, there will be a significantly better version by the time you get your unit set up and running.

CO2 lasers–If you have a ShapeOko, I think a CO2 laser is overkill. You have a machine that cuts already. CO2 lasers have cooling requirements and space considerations that diode lasers avoid. Unless you’re running a commercial shop where job completion time is a financial factor, a 20W laser is pretty sweet.

Attaching a diode laser to your ShapeOko: I haven’t gone this route. I think the main reason was that at the time I bought my laser, it was cheaper to by an Ortur LM 2 than it was to buy a JTech Photonics kit designed for my machine. Reasons to go attach diode to your ShapeOko: Space is at a premium, and you don’t anticipate you will ever need to be running a laser job at the same time as a CNC job. Others who have gone this route might be able to talk about pros and cons better than me.

The other reason I can think is using the rotary attachment seems a bit easier on the stand-alone diode laser than it might be to create the physical space in my ShapeOko setup to run a rotary attachment.

LMK if you have any questions. I like both my diode laser and my CNC. Wish I had time to run both more.

Anyone care to vote

Anyone care to vote

Nope. I’m just sitting over here on the sidelines watching how this plays out!

I own an XTool LaserBox Rotary machine. Go join a couple Facebook groups and read around before you invest any money in anything they make. Customer service is abysmal, they seem to be bad at making software (though the D1 allows you to use LightBurn and not be locked into their garbage proprietary option), and they seem to be more interested in churning out new products versus supporting those who already gave them their hard earned money.

Thank you for this heads up! 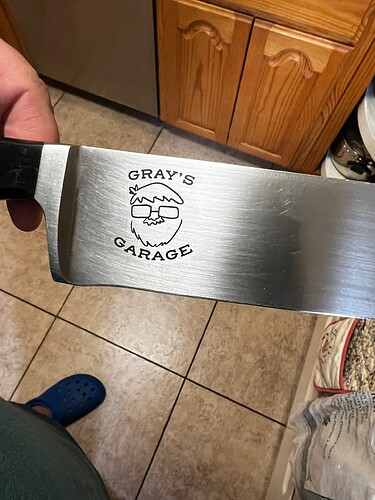 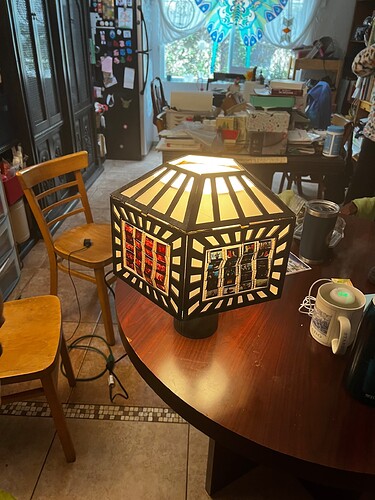 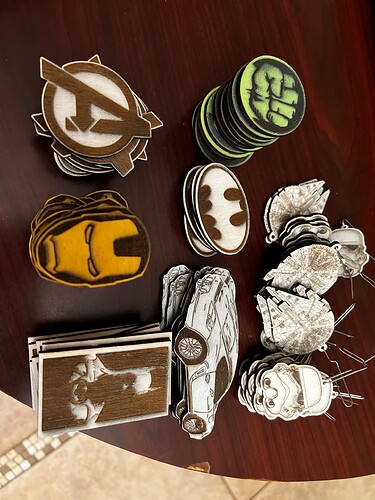 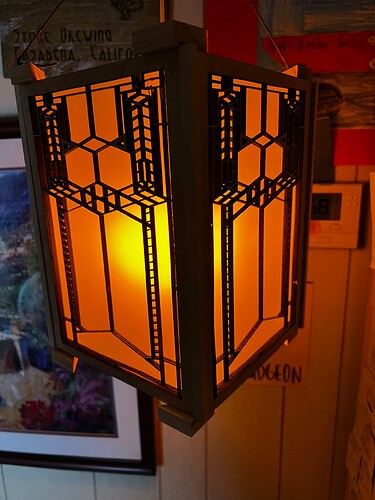 They have a 36 watt optical power unit, I almost bought one during the black friday sales then decided the price will be going down soon. I already have a 5 watt and 10 watt unit.
The only thing that is nice would be to have the extra xy capacity by installing it onto the shapeoko bed.

I also tend to stay away from the company’s that insist on stating the INPUT power of the electronics which is meaningless unless you want to lie to most of the people who can’t figure out ohm’s law.

If they start and only tell me the OPTICAL power output then I listen & look.

For the money I would consider spending another $1K or 2 and get a decent CO2 laser, but then again, ask yourself, what am I going to use this for and what can’t I do with a cheaper unit?

A wise man once told me, You can do a small job with a large machine but you can’t do a large job with a small machine. Be prepared for the unexpected because it’s about to walk through the door.

Sorry to send you off to another forum, but I don’t have time to recreate this right now.

Here’s how I do my lasering; mostly how I mounted mine to my Shapeoko.

Well, its been about a year since I performed this procedure on my JTech mag mount. The only problems that I have had with it are when I run into something, whe

I have the smaller 50w Atomstack, and I like it very much. I also have the leaser for Shapeoko, but prefere my atomstack because it works offline, so I can still use my Shapeoko as a router at the same time.

Thanks for the feedback. I think I’m about ready to pull the trigger on the AtomStack X30 Pro. It’s compatible with LaserGRBL or LightBurn.

I use LightBurn, at it is very simpel to use. But I know that ou can use LaserGRBL as well

Oh an one more thing, with Atomstack’s way to work. You are not limited in hight. You can simply put something under the legs. Compare to Shapeoko it is very usefull.

Just my 2 cents but go do a search on the Louisiana Hobby Guy on YouTube. He has reviews of a number of lasers on his site.

I picked up a Monport 40W CO2 laser, chiller, fume extractor, and 4th axis rotary for @$1150. I also works with Lightburn. The reason I went this route, besides the cost, against a Jtech attachment was the fact that you can’t CNC and laser on any Shapeoko at the same time.

against a Jtech attachment was the fact that you can’t CNC and laser on any Shapeoko at the same time.

Nor can you cut a profile cut at the same time as a pocket cut. They are just two tools in the toolbox and neither of them are meant to do large simultaneous projects.

I one has those kinds of simultaneous projects, there isn’t any logical reason to compare.

I bought the Atezr P20 which looks exactly like the atomstack A20.
Did 3 small test cuts. First was beautiful, 2nd even finer and on the third one I smelled something.
The cardboard was on fire and it melted the x axis drive belt. I contacted the company many times and after 4 weeks of not getting the replacement belt, was so annoyed, that I ordered the OMTech 50 watt CO2 from amazon. OMTech is an American company with good tech support. When you buy these diode lasers, they are all from china. If anything goes wrong, It takes a long time to get support. Of course, after 5 weeks the belt showed up and it works fine. I think if budget is a problem, definitely get the diode laser. You will need to buy better glasses because the one they send you is crap. You will need to build an enclosure because the smoke is heavy. If you build, you will need to buy laser proof plastic which after shipping is pretty expensive. Also building an enclosure for the atomstack or the atezr is a little bit of a pain because the control box is attached to the front and you need access to the emergency stop at least. The CO2 lasers are a complete solution. They come with the enclosure and the vent fan and are generally safer. They are a different frequency and clear polycarbonite works for them. When you open the door, it shuts off the laser. They have a camera built in. The OMTech has all the good features of the glowforge top of the line but is $4000 less. Cant wait to actually use mine. Good Luck out there.