Box made from a solid block

I’ve had the milling portion of this project done for quite a bit, but finally made time to, sand, finish with polyurethane and install the felt in the bottom. It’s not the fanciest project, but at the time when I milled it it was my first real adaptive clearing and this was my first time trying to finish something nicely.

This started off as a solid block of Padauk, about 6" x 6" x 2". It was meant to be a turning blank, but I thought it would make a good box and a good challenging project. I had someone re saw it for me on a bandsaw into the “lid” and the box, and it came out a little crooked, but I figured I could make it work. This made the V-carving in the top challenging, because the bottom plane of the lid wasn’t parallel to the top plane. I figured out I would have to shim it a little to make it work. V-carved the design in the top with a 60 deg V-bit using Carbide Create. Used black acrylic paint inside the low areas before sealing.

The box portion was hollowed out using the #201 Carbide .25" end mill following an adaptive clearing pattern in Fusion 360. I ran it at 65 IPM and .1" DOC, although since I did this about 2 months ago, I’ve learned much more and I could push those higher.

No stain used, the wood is that natural orange color and darkened up nicely with some poly on. However, be warned: If you mill Padauk, you WILL end up with orange dust everywhere… 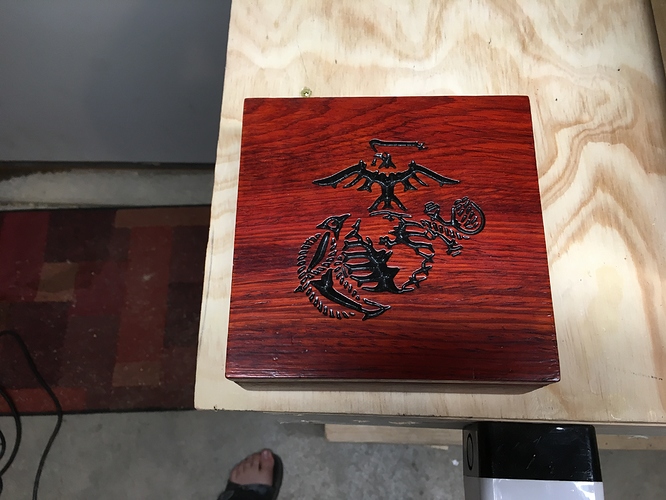 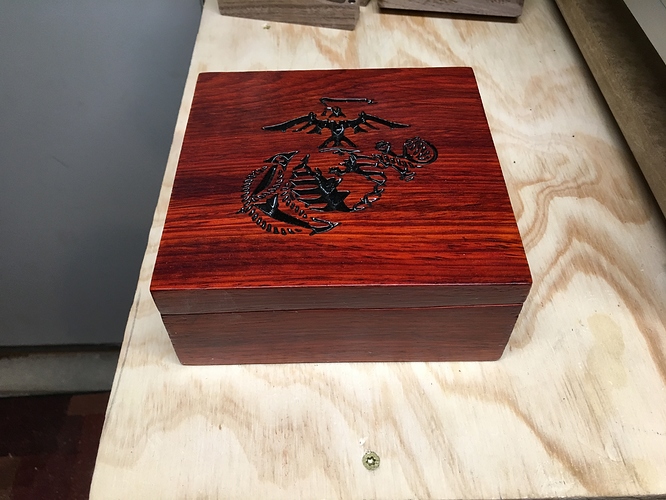 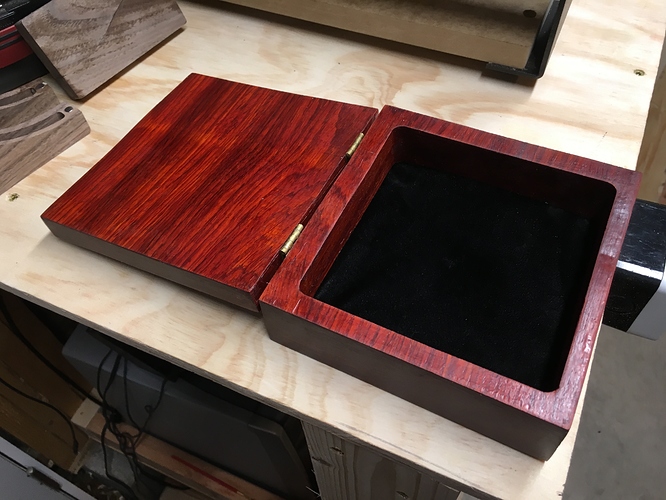 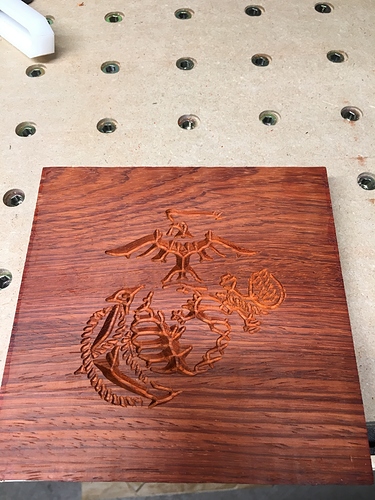 Thanks. Its far from what I think is something that I would sell or gift to someone, but I’m trying to remind myself that it is just an early project. Some of my later stuff is already starting to look better. I made another Padauk box recently the same way but with a flush lid and no hinges. I haven’t finished that one yet. Pics here of that one: Trying to cut rectangle lid to fit into box

Simply Stunning! And out of 1 block of wood. Instant Heirloom!