We just uploaded CC 633 to https://carbide3d.com/carbidecreate/beta with our new fillet command. It’s far from done but we wanted to get the first minially-working version published so that we can see if there are clear geometric failures of the new code.

EDIT: We just uploaded 634 which rolls back the OpenGL requirements to 2.1. We didn’t want to mix this with the 633 release directly in case we cause more harm than good. OpenGL is voodoo.

Here’s a quick video that shows fillets in action and a little of the rationale of how the command works:

@robgrz SWEET Function! I like the interface - simple clean and functional.

Of course, you realize someone - OK, me - is going to want a “Do them all” option, rather than having to click 14 corners.

It would also be nice to have a Cancel button, which would end the dialog and back out any changes. I do see that Undo (and Redo) work correctly…but still, it would be nice to treat it like a modal function and be able to “bail out” without being “done”.

This is a real time-saver.

SWEET Function! I like the interface - simple clean and functional.

I’m glad you like it. This is the first command to take advantage of a lot of the new plumbing we added a few months ago to make it possible for commands to be more visually interactive.

Of course, you realize someone - OK, me - is going to want a “Do them all” option, rather than having to click 14 corners.

I’d also like to do that but there are cases where you cannot apply every possible fillet, because some would get in the way of others getting applied. In those cases, one or more fillets may not get applied.
I’m not sure if this option would cause a net gain or reduction in support problems, which will be the way we decided how to handle it.

It would also be nice to have a Cancel button, which would end the dialog and back out any changes. I do see that Undo (and Redo) work correctly…but still, it would be nice to treat it like a modal function and be able to “bail out” without being “done”.

We actually made some internal changes to the undo system with this in mind. It’s going to require a little more thought but I think we’ll probably get it done.

So I read, “We rolled back the OpenGL requirements…”

…but thanks for trying… (any chance for OpenGL 2.0 support?)

…ps. You do get some serious extra points for the fillet feature… NICE !

Technically, we’re requesting OpenGL 2.0 from the OS. I noticed on my MacBook Air, which is pretty new, that it will only give me 2.1. I assumed that it was a limit of my computer but maybe not. We can try again on Monday and see if there’s anything more we can do. If it worked before, surely there’s some magical collection of code we can write to make it work again. (But OpenGL is voodoo after all)

@robgrz Came across this and I’m not sure how possible it is:

I have an object that’s got a very sharp bend…however, it’s not a “Corner” it’s actually a curve that’s tighter than the radius: 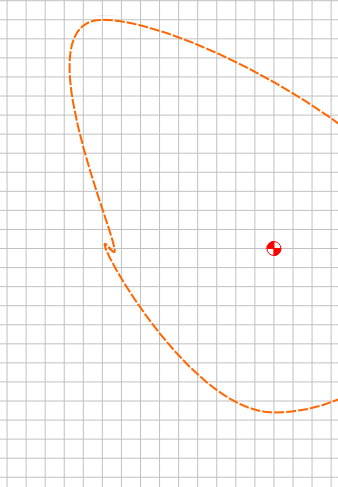 When I think about Smoothing that curve with the new Fillet tool, it doesn’t see this as a corner…

So the question: What determines whether there is a “Corner” or not? Could there be a tolerance introduced that would allow you to see “tight turns” as corners?

EDIT: Perhaps anything tighter than the radius in the Filet Tool box?

Right now, it needs to be two linear segments. The math gets a little funkier when bezier curves are involved and we don’t have that in the code.

If you don’t have lines in there, then it’s possible to add a couple of sharp nodes to the path and then apply the fillet to those new nodes.

For general smoothing, we’re planning to look at a curve smoothing command at some point, but that would not apply a specific radius.

EDIT: We should also update the error to say something like “No lines found” instead of “No valid corners found”

Got it…OK. That makes sense. It would be pretty cool though, if as you entered the radius into the box, the number of “targets” changed to allow you to smooth anything that’s tighter than the value. Food for thought, maybe?

@robgrz So…interestingly… @WillAdams 's method of offset inside; offset outside works to do what I’m after. The math is in there somewhere, just not using the methods of calculation you currently are using!
The Cyan Layer has the results of Will’s offset technique on the object of the default layer: 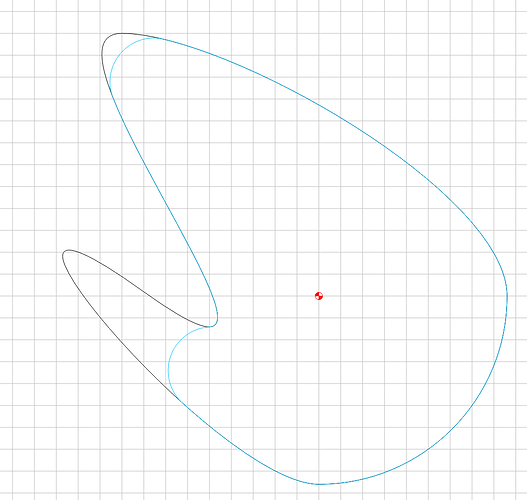 That will absolutely work, the only problem is that it’s a global tool, it can’t be applied to a single corner, and it results in a polyline, not curves.

For what it’s worth, this is one candidate for how we implement smoothing- double-offsetting and then trying to fit bezier curves to it.

Thanks for the quick reply!

As background, my PC has an Intel G41 Express chipset. That should support OpenGL 2.0, but because they no longer make drivers, it looks like it can’t be upgraded to 2.1 (or better).

I discovered the issue when I upgraded to 623. Blank simulation screen.

I installed earlier versions and found that 610 is the last workable version with simulations.

When I saw your mention of OpenGL in 634 in the post above, I downloaded and installed 634 over 610, and discovered the no-go on simulations. To be sure, I completely uninstalled all CC, and then installed 634. Still no go on the simulations…

As I had also previously mentioned, I have a better working machine for most design work, but was hoping to use this older PC in my workshop to avoid trips back and forth to my upstairs office where 634 runs fine.

As always, your efforts are appreciated! As a software guy (definitely not CNC software), I’m sure that you really like developing new features and sharing them with this audience. Every new feature makes CC better… thanks!

For grins I did some searching for G41 opengl 3.3 drivers, and along with some dubious ones from the gamer community stumbled across mesa, a software implementation that (maybe, possibly) might provide higher level openGL support with slower performance than actual hardware support. Could be a rabbit hole, and you’ll have to do some hoop jumping to compile it for Windows, but you might want to check it out.

Awesome, Rob! Love this. It will make things so much easier!

Kirk, thanks! I tried a few ways to implement it but so far it’s a no go…

Hoping for a VooDoo solution!.. and I’ll keep experimenting. If 2.0 is supposed to work, I’ll try a new install on a different machine that doesn’t have any CC installs at all.

I spent more time digging into this and we can’t get 2.0 to work. I suspect that it’s due to a change in Qt, the cross platform framework we use. I think OpenGL 2.1 might be the limit for now.