Controlling z depth of cutting when using a v bit

Can you direct me to a more in depth tutorial that explains the reasoning behind why carbide automatic settings for a say 60 degree bit seem to cut quite deep into material . Is there a way to tell program to not cut so deep??

The wider the carve, the deeper the bit will go. Currently, Carbide Create does not have an option to set a max depth.

Yes F-engrave does work well but CC does a good job also. It’s important to understand what’s going on with any V carving program and operation. Here’s another sketch to consider. It’s snowing here today so I’m on a drawing roll rather than working

If you imagine the font as two lines delimiting each side of a letter, When calculating the toolpath, Carbide Create wants the bit to touch the two sides with the bit, it tries to bridge the gap between the two lines of the font by changing the depth of the bit.

Work-around for the interior:

The same principle can be applied to the exterior: 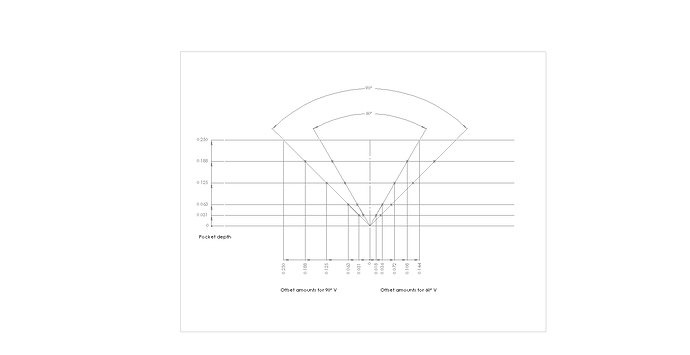