God, I’m in the states and there’s one place in my city that sells Festool. You’d think they were made of pure gold covered in plastic based on the price. Also since it’s seemingly rare, it’s a “cool” thing to have, and cool = $$$. But it sounds like the are the DeWalt of Europe. I’m kinda glad I haven’t started selling body parts to buy their stuff.

I don’t believe that a few difficulties using an entry level tool in a way it wasn’t designed to be used are appropriate for judging an entire brand.

I was fortunate enough to buy a Festool CT Midi before the added the Bluetooth option, so it “just works” with a 3 position dial (on, off, and auto which powers up when the router is turned on) — it’s simple, reliable, and works perfectly with the Sweepy. No issues with suction since it’s designed to work with the smaller diameter couplings. (I also got the Oneida Ultimate Dust Deputy so as to save on bags and have an all-in-one unit)

In talking tools over with some friends who have “drunk the green Kool-Aid”, Festool tools only make sense in the context of the entire system, focused around dust collection — you can’t really compare the tools individually and without including the dust collection option, or the synergy of the tool being in a Systainer and sharing batteries as well.

That said, some cheaper options:

In the context of choosing tools, this link is interesting:

I’d be kind of interested in compiling a list of companies which aren’t enumerated in the above. Three which come to mind are:

And of course, none of the “boutique” brands such as Bridge City Toolworks, Blue Spruce Tools (recently bought out by Woodpeckers which also didn’t make it), Lee Valley’s Veritas, or Lie-Nielsen are listed.

I’m also not seeing many (any?) endmill manufacturers.

Where is Starrett? Do they exist any more?

Added: Poorly worded, but I meant who owns them?

According to the SEC, it’s a publicly traded company.

If you are going to Starrett, we might note Brown and Sharpe, now part of the Hexagon conglomerate (Sweden).

Lufkin shows above as part of Apex (Crescent), but it isn’t really the same Lufkin of many years ago, though there is continuity, as P&W was sold the precision tools line when Cooper acquired the company. They patented the radius gauge and made a wide variety of precision tools, as well as being a developer of the tape measure. Now, they are a badge, like Oldsmobile vs Chevy vs Pontiac in GM.

As far as endmills, and tooling in general, the one that comes to mind is Harvey owning Helical tool and Micro100

Is the Hexagon conglomerate listed? I have a Brown & Sharpe micrometer of my father and it’s one of my favourite tools:

Mar 11, 2014 - This Pin was discovered by William Adams. Discover (and save!) your own Pins on Pinterest

Totally agree on Lufkin — I was glad to be able to find a N.O.S. replacement tape (10’, not 12’ unfortunately) for my favourite tape measure.

Yes, the defunct ones would make quite a (sad) list.

Curious how the market size on endmills compares to the balance of the tool industry.

Is the Hexagon conglomerate listed?

Hexagon is pretty huge. B&S, Tesa, Leitz, Intergraph, and so on. They don’t hold anyone that makes power or construction tools in the sense as the brand map above, AFAIK.

Side note re above:

I think Gerstner is still private.

Some other brands I don’t see listed, especially when it comes to machining (and a lot of cutting tool manufacturers, since you mentioned not having seeing any):

Off the top of my head, Maffell, Fein, Sawstop It depends on the direction you want to take from instruments to welding equipment. To date the list is mostly hand tools (wood, mechanical), hand power tools and some stationary tools for woodworking. Do you want to list all (most) or just the ones that are part of multinational corporations? 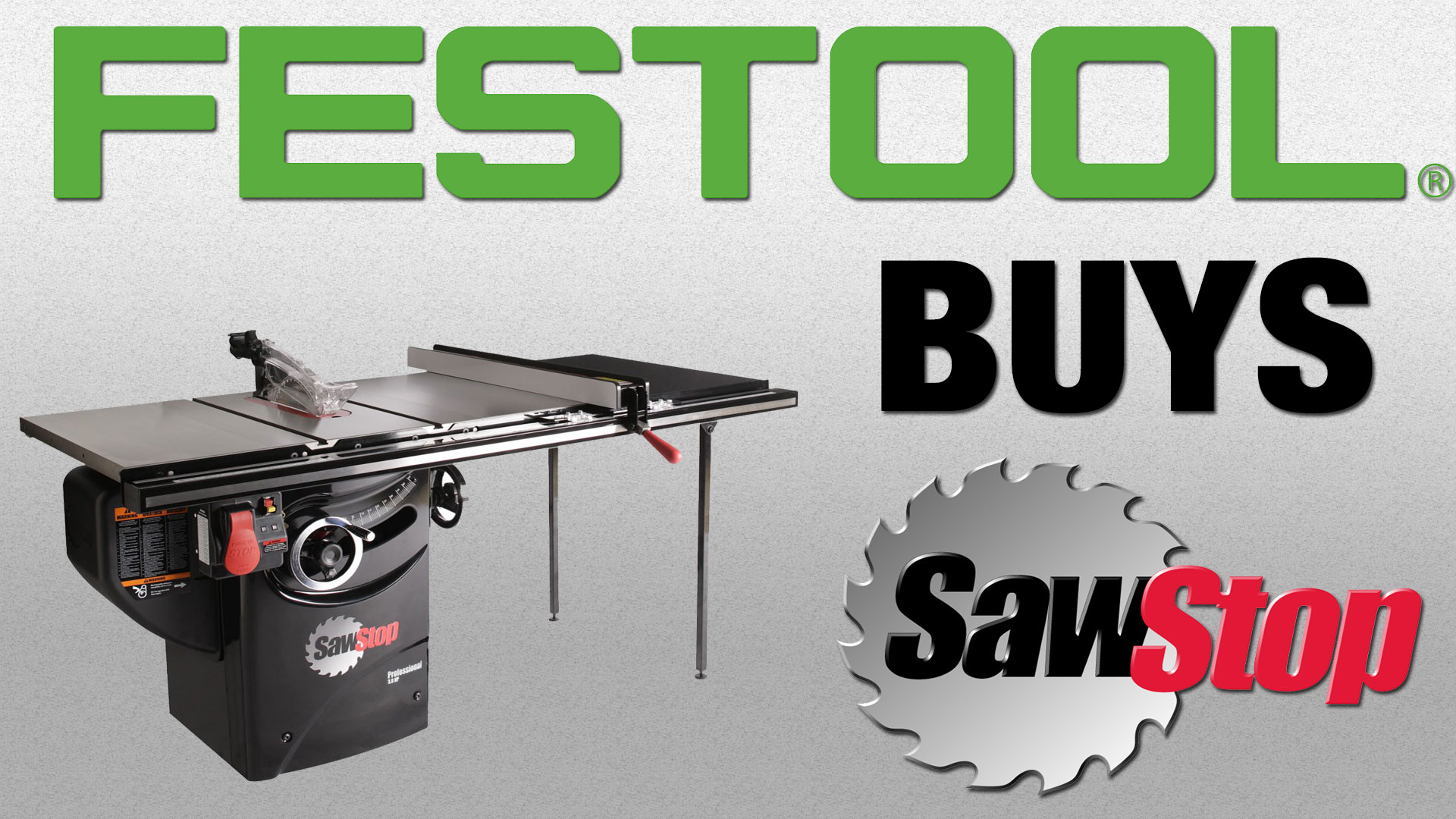 The following press release was sent out today by SawStop: SawStop to be Acquired by TTS Tooltechnic Systems, Company to Continue to Operate Separately Tualatin, Oregon – June 26, 2017: […]

Mostly it was idle curiousity.

Let’s bound it by limiting to companies which make products which might be likely to be used with our machines to make it sort of topical.

Being bought by Festool did not make the Sawstop tools less expensive!

My understanding of the Sawstop company history is that it was founded by a patent lawyer as a cash grab.

Really, if every workplace injury lawsuit was tried by a jury of woodworker peers who would be appropriately horrified and aghast at folks operating machines after removing guards there would be no monetary incentive for the product.

Most of the ones you list as not in those congomerates are independently traded companies. Starret, veritas, nielson for sure. That said some of them aren’t what they once were. Starret still has some magnificant tools, and some real stinkers. Brown+Sharpe use to be universally great, but now has their name on some sketchy stuff here and there.

I’d love to find some good P&W tools, only ever find older used, but used-to-unsable stuff, unlike used starret and mitutoyo which seem to have always been available in such quantities that there is some value left in the used stuff.

The older tools marked P&W fall into two broad categories: those that didn’t hit the secondary market until no longer useful in the factory, as they were support for a machine (jig bore measures, for example), and supermicrometers. I love my Lufkin micrometers and radius gauges (among other Lufkin), but P&W, under Colt, dropped most of the Lufkin precision so fast that little went out the door.

B&S isn’t B&S anymore, and hasn’t been for many years. There is excellent B&S labelled stuff being made, and there is absolute garbage. Like with Starrett For the same reasons, too.

In US made precision tools, Dorsey and BC Ames are still going in the indicator market (Dorsey has the old Hamilton Watch precision indicator line, and supports it yet, as well as the S-T optical comparator line. I have no idea who bought the rest of S-T, though I have the info for the legacy support for comparators)

Boeckeler is still there, and was from the beginning, is digital linear measurement. Real nice to work with, if you have the $$$. They are heavy into microtomes now. Funny, though. They no longer repair the digital readout units from the late 1970’s. They want me to buy a new one. They are still compatible, apparently, with the 40 year old senders.

I would love to know what happened to Kwik-Chek, though. I love the hole gauges, and need to rebuild my #40. Since Hamilton disintegrated, it changed hands a number of times, went through PA, ended up in a retirement community in FLA by about 2010 (last time I was able to get a clutch spring), and seems to have disappeared soon after, thought the tools still show on several reseller sites. If you don’t know these gauges, they are the fastest, easiest way to measure small diameter holes, as long as you have a flush edge. They use a tapered pin.

I’ll stop now. Time for bed. Need to get up in five hours to stare at the screen again.

Starret, veritas, nielson for sure.

Veritas belongs to Lee Valley tools, they are a local private company based in Ottawa.