Enclosure door gets a makeover

The front door/window of my enclosure used to be a single giant panel that I would put in place/remove by lifting the whole thing and putting it somewhere nearby on the floor. It was the most inconvenient thing one could think of (but…lazyness and no interest in making a proper door earlier)

I don’t have enough space around the machine to make regular doors, so I went with something that would open vertically, with hinges at the top.

I checked what thick MDF sheets I had left…and of course I had no piece large enough to fit my enclosure dimensions. But I did have pieces large enough to make four quadrants that I could assemble, so I did that.

Cutting each quadrant was an “interesting” exercize since their dimensions happened to be at the extreme limits of what my SO3 can cut: 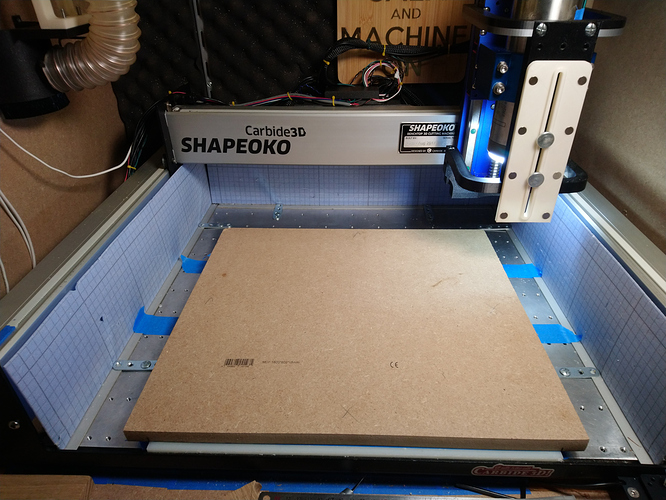 That’s my wasteboard in white under there, and I needed to cut up to the edge of the MDF. I should have taken a picture, I ended up having 1mm

margin on the left AND the right side…it required very careful positioning of the stock. Oh, and when you’re at the work area limit like that ? Probing XYZ on the lower left corner makes for an interesting crash against the left rail

Anyway, I cut the four quadrants, and stitched them together (yes, one of those is crooked) 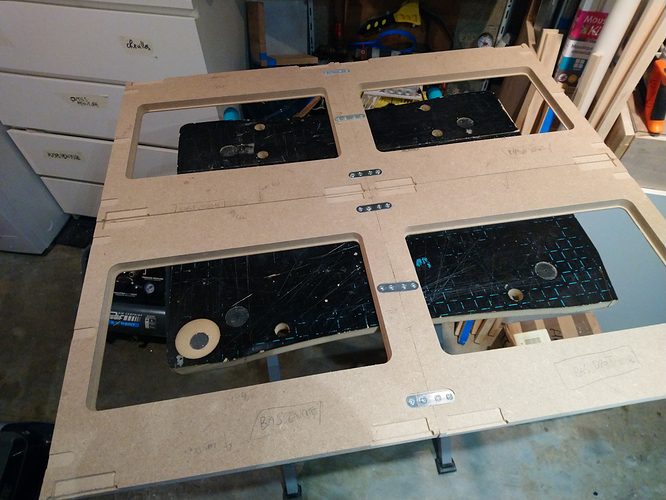 I added the hinges, and installed this thing on the front of my enclosure: 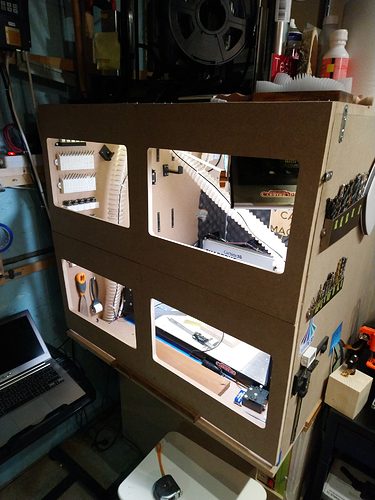 I reused the old scratched acrylic window pane from my previous door to cut smaller windows out of it, and I thought, let’s have a little fun and insert & glue an MDF piece inside a cutout in the acrylic: 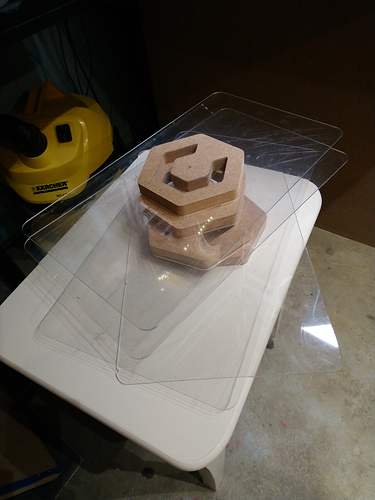 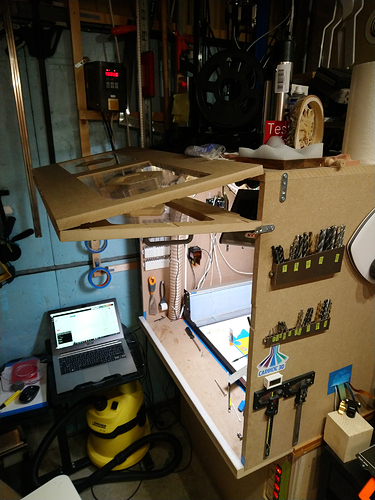 I added a strip of cushion/foam at the bottom, so when I close the door, there is just enough resistance that initially the door is like this, 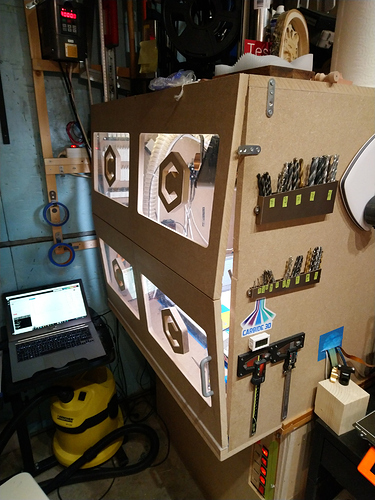 and a small push locks it in place nicely: 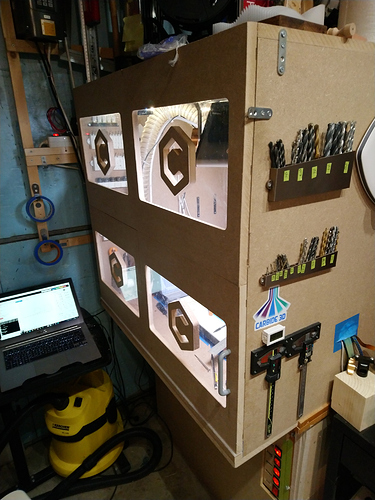 Just a door, but a fun week-end project overall.

Looks awesome. I def felt a cringe seeing those beautiful mitutoyo verns held up with a magnet but otherwise, cool.

Nah no magnet, just a 3d-printed holder, it has a lip, safer than it looks 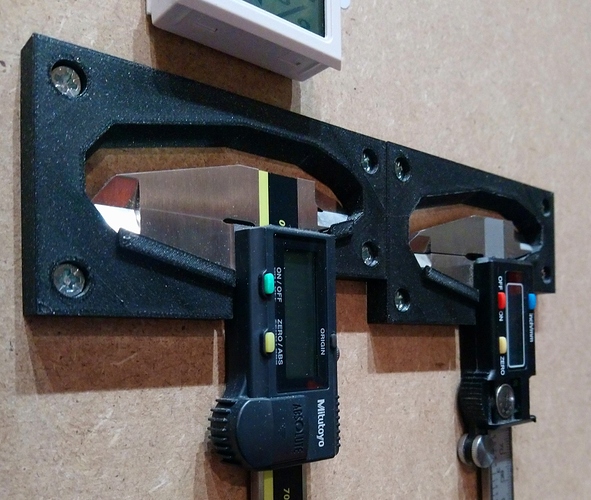 I think it looks great, I really like how you have organized the walls inside and out of your enclosure.

In every shop you have two choices. You can go up or out. For most of us going out is not practical because we dont have unlimited space. The smartest thing you can do with a confined space is go up. Too many people waste wall space and especially ceiling space. If you have a small workshop going up and using the ceiling will make your shop look cramped but your shop is small so make the most of available space and go up.

Very nice! Had not thought about making them in smaller sections like that.

@Julien, What are the side-guards on your machine made of and how are they attached? (or not) They look like foamboard graph paper… I’ve been struggling to keep chips from flying underneath the rails and it seems you have a solution.

You can read about them in that thread, which also contains good tips from other members (I like @Griff’s solution a lot, a simple slot on each side where you insert sheets of ply, @stutaylo has an acrylic variant, etc…)

I made them a year ago (for that same reason you mention) as a temporary thing to test, but I now keep them there permanently. Very easy to make: I used thin hard foam (the kind that goes under floors) taped to aluminium corner guards, held to the baseboard using a couple of screws (the small metal brackets you see in the picture are the only thing holding them, it works perfectly)