Someone was helping me with this fusion model. It looks great! However, seems as if the quality is not the highest. I’ve tried fixing it in Fusion or importing it to Blender to subdivide the mesh to no avail. The machine is basically picking up every polygon. Any thought on how I can smooth this out? Maybe in Fusion? 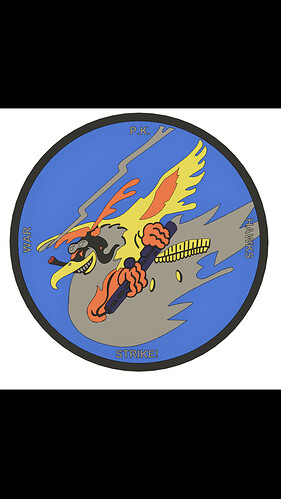 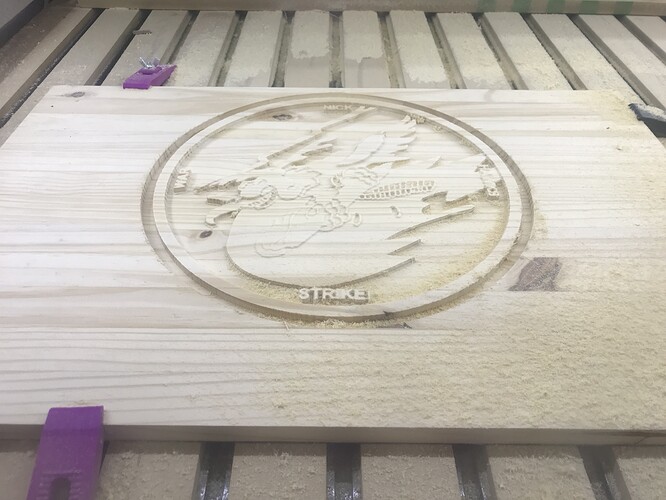 ISTR having redrawn that — is the vector not cutting well in Carbide Create?

It’s a 3D model. You can really see the issues in these pics. 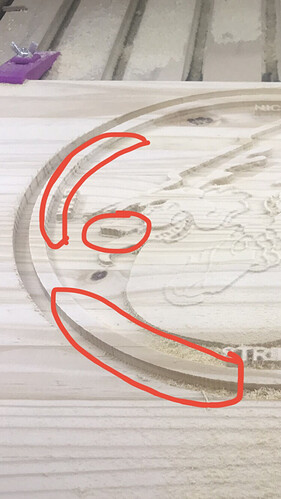 Why not do this as a V carving?

@Miguel What made you switch from V-Carve? I recall you had made this in it previously.

I’ve tried fixing it in Fusion or importing it to Blender to subdivide the mesh to no avail. The machine is basically picking up every polygon. Any thought on how I can smooth this out? Maybe in Fusion?

My experience is that Fusion is not very tolerant of STLs or SVGs…at least for when translating it to CAM. I second Will’s suggestion to V carve if possible, advanced V carve as needed?

Well to be honest. The carving was being a pain! I basically got it to work but I kept running into issues. With things not coming out as planned. I had this file before the V carving and it came out nice with the exception of the whole lot of sanding to make the ridges go away. It also takes for ever to carve. I figured the issue with the ridges was that I had exported the file at medium resolution. So I tried this time at high resolution and it did exactly the same thing. I might go back to the Vcarve to be honest. I was just frustrated that I messed up some big pieces, I ended up moving and stopped using the machine. Until yesterday when I tried this last piece.

Here’s the issues I was having. Let’s ignore I misspelled Strike lol!! But the Air Force logo was way to thin, the words were too close to the edge and the whole drawing was inverted… To me the preview looked good. I just didn’t pay attention to the fact I added a circle to put the words on the outside and that made it so it became inverted. However the AF symbol I didn’t touch and it still got messed up. 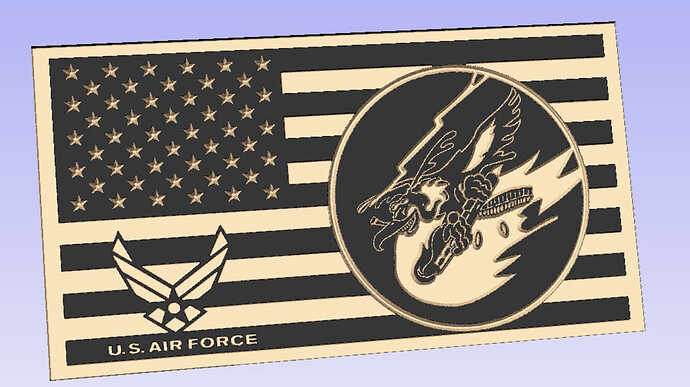 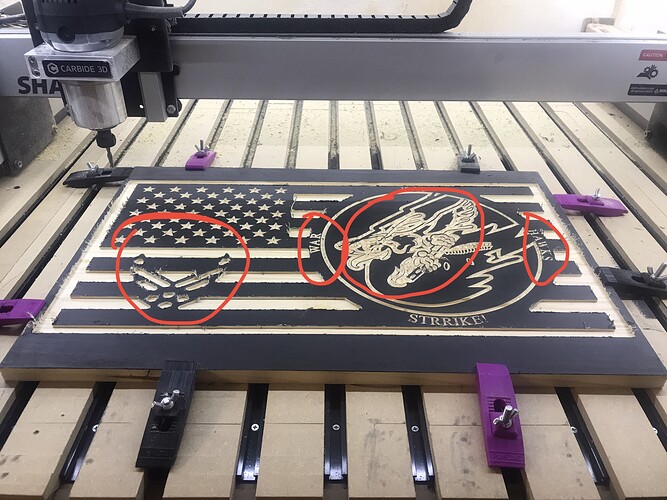 Post the source file, generated G-Code, step-by-step notes on how you are securing your stock and setting zero relative to it and managing any tool changes and we will do our best to work through this with you.

Someone was helping me with this fusion model.

That someone really knows what they’re doing!

Hey @Miguel, I saw your message late the other night and then I forgot about it…sorry.

Anyway, did you export the model from Fusion as a mesh and then carve it as a 3D mesh? Have you tried generating the toolpaths in Fusion?

Here’s the original thread for anyone else jumping in.

So I was asked to come up with a going away for a superior at work. I think I bit more than I can chew. I wanted to create a 3D version of the below file. I’ve traced the SVG every way I could think of to get it into Fusion and work the 3D aspect there. I get it into fusion however there are a few things not coming up as sketches. I’m guessing open vectors? I can’t extrude them. I have a bit of time and it’s been incredibly time consuming to get even this far. Had to learn how to use Inkscape fr…