Going from digital to physical and staying the same size

so im going to start my existence as a question asker with a question about a line. this line here was made in affinity designer…its basically AI without the monthly payment. the canvas is 24x24 and this line is 1 inch wide in the software. its size was determined by adding a stroke (potential cause for issue?) 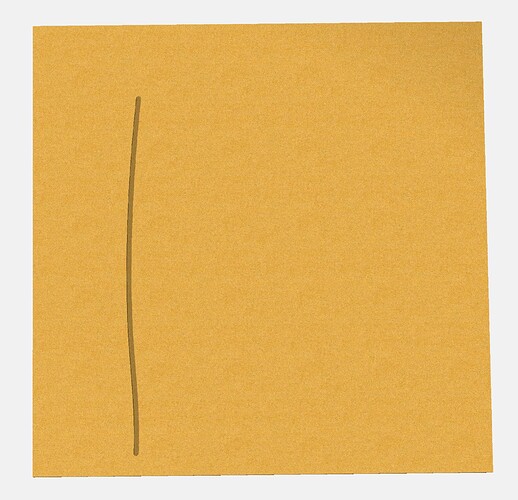 the carbide canvas is also 24x24. the issue im having is how do I get what ive created in vector design software to show up in my cad software? im sure this question has been tossed around quite a bit, id just really like to take it on in regards to a single line ive created and I know the history of. stroke, curve path and all that stuff.

heres the gcode as well. thanks a ton and I hope everyone has a great weekend!
linesample.nc (9.0 KB)

There is a distinction between a path and the stroke. They are two separate things. The path has no width. The stroke is drawn to follow the path, giving the impression of width on the screen.

This is similar to a contour tool path being the path, and the endmill being the stroke.

So in this case, if your stroke is 1" wide, you’ll need a 1" endmill to “stroke” your path in the same fashion as you selected in Affinity.

With Affinity Designer, you’ll need to turn your path into a curve by selecting the stroke you want and then choosing “Layer/Expand Stroke”.

This will convert the single line into a path which follows the outer edge of your “stroked line”.

Then you can import this shape and do a pocket operation to complete your “WYSIWYG” intentions.

The other thing is, one must export the SVG at 96ppi: 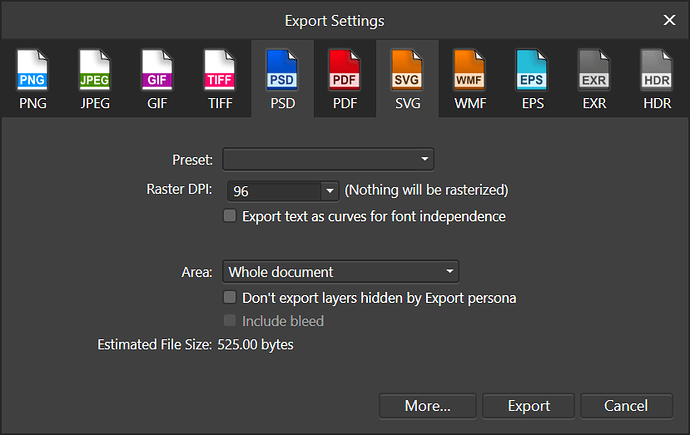 which allows a 1x1inch square: 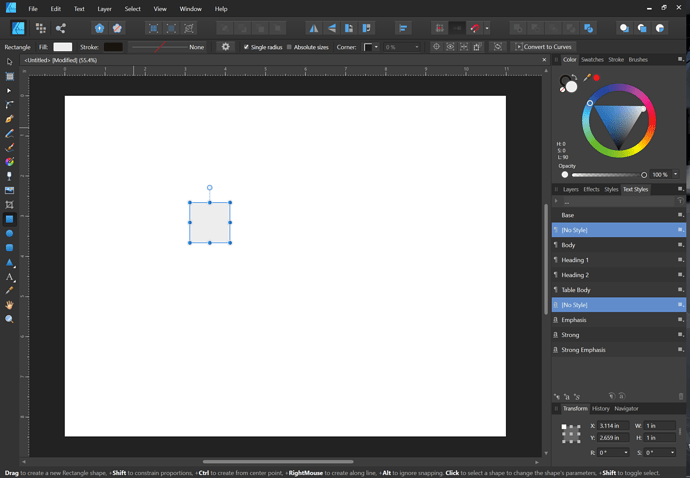 to import as a 1 inch square: 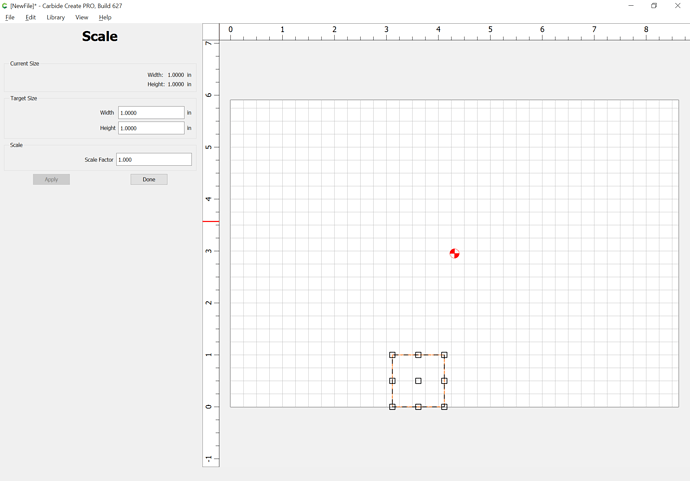 (albeit vertically displaced because currently CC only uses horizontal positioning, but vertical starts at the first object)

thanks so much. im en route to a campsite up the central coast of California and my reception is spotty at best. ill give this all a go on Sunday. thanks gain for your time.

thanks a bunch. ill be back to all my digital insanity on Monday. heading out into the world. thanks again. JM

Note that this may require setting a preference to not include stroke width in object dimensions.

There’s an idea for a future enhancement, turn stroke width into a closed path offset 1/2 the width of the original stroke. And a second one, also import and convert any fill patterns, which would work well with engraving bits or the MC Etcher

I don’t think we’ll be modifying incoming SVG files — that sort of stuff should be done by the user prior to import.

For a bit on what it’s like to fix such files see:

Often clip art is drawn as a series of stacked stroked and filled outline, e.g., http://clipartist.net/svg/minimalistic-ray-gun-logo-black-white-line-art-svg/ which looks line, but is a confusing mess when one views it in outline mode: [inkscape_1] The solution is to expand the strokes, and punch out the white fills. In Inkscape this is done by: Path | Object to Path [inkscape_2] Then break everything apart (it is important to work in View | Display Mode | Outline) using Path | Break Ap…

You don’t have to modify the svg files, just use the stroke info when generating toolpaths. Presumably that would be an option

ok, so im back home after a great weekend camping and I put your idea to work. PERFECT! thanks a ton. I really love coming home to space out after being out all weekend and then being able to do that spacing out. I sat down to the computer, used your advice and its solved. off to the tv to be braindead and end the week. thanks a bunch. really cool

hey there. thanks for this. I noticed what you mean by the horizontal positioning. no big deal, just takes some working around. so I added this file in from affinity designer. the line I made shows as .25 of an inch in affinity. I used a .25 brush width. you can see here on this 1 inch grid that the line takes up about 1/4 of those 1 inch grid squares. 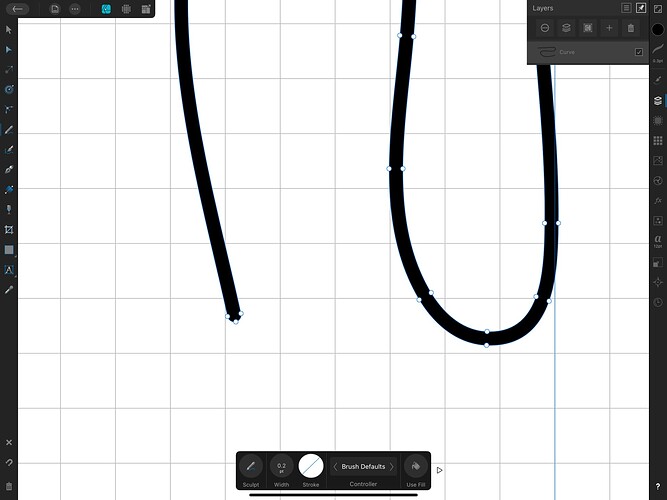 stroke has been expanded.

heres the svg file that it produced. I dropped down the DPI to 96

when I import this into CC I get this. and this is about 50% bigger than in Affinity. im pretty sure im messing up somewhere in brush size or something. I may be creating the stroke and thinking im importing a path. since as I was informed above by Gerry carbide imports paths not strokes. 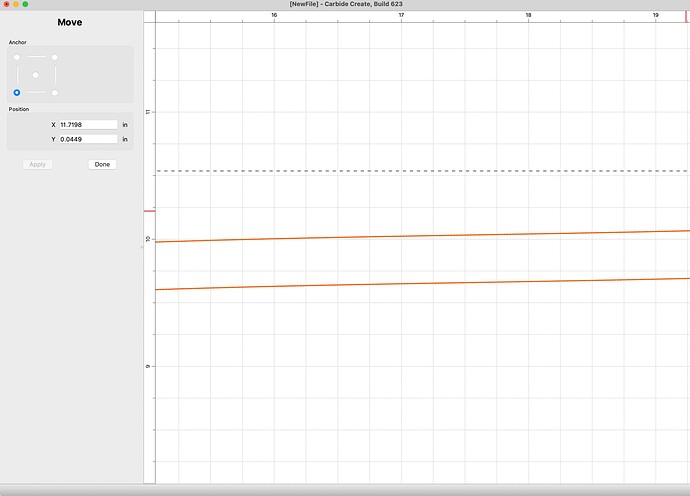 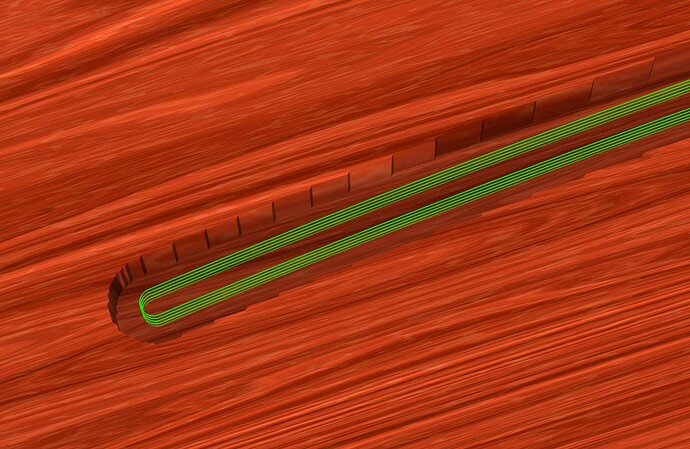 Are you confusing radius and diameter?

in this application (Affinity/CC) I may possibly be confusing the two. in the physical world I don’t. hopefully the answer is as simple as that. what I currently have my affinity brush set to .25 of an inch so I can make one pass through a 1/4 inch cut. are you saying that it should be set to .125? thanks for the input. JC

heres the svg. im sure if this is dropped in your version of carbide you’ll see the same thing. the crazy thing is this. all I really want to do is have a 24" canvas in a design program and work my butt off in there…then import that into carbide or any other cad software that I can use to create tool paths for my cnc. is there anyone out there or any software that if you draw a quarter inch line it cuts a quarter inch line? this whole thing has really got me interested. 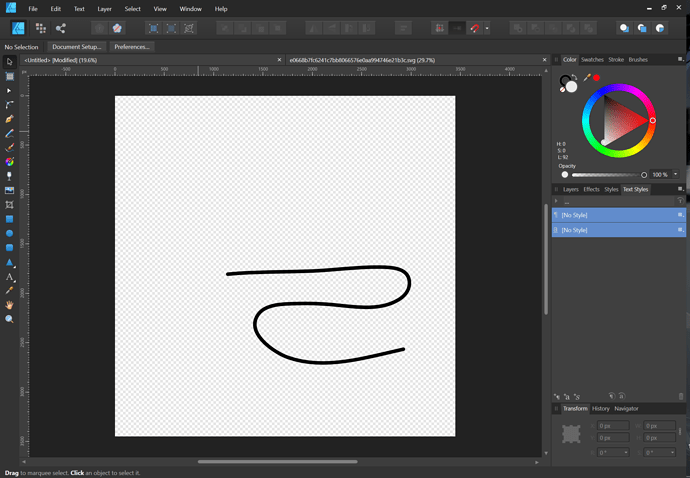 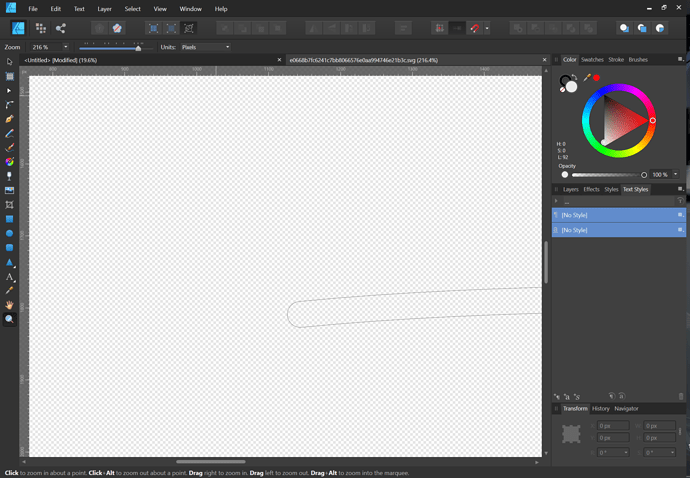 and your strokes are expanded to: 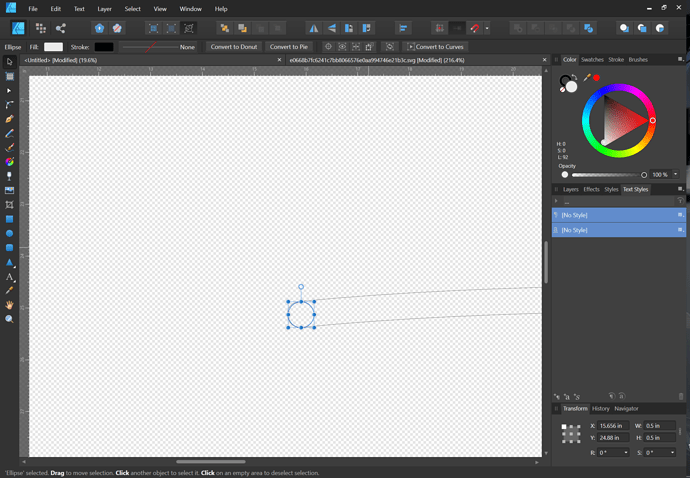 which matches what one gets when one imports into Carbide Create after one exports as an SVG at 96ppi: 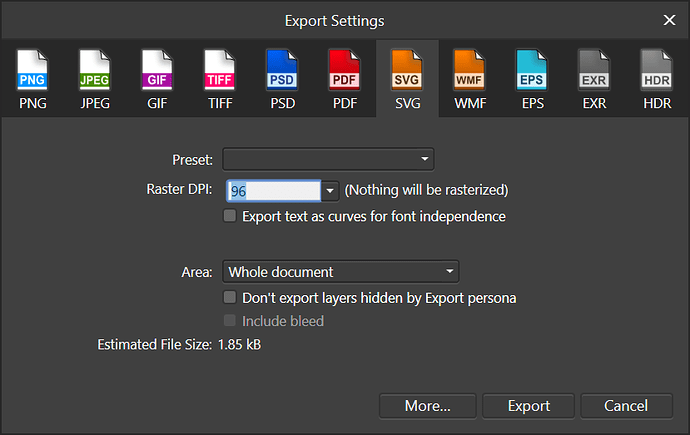 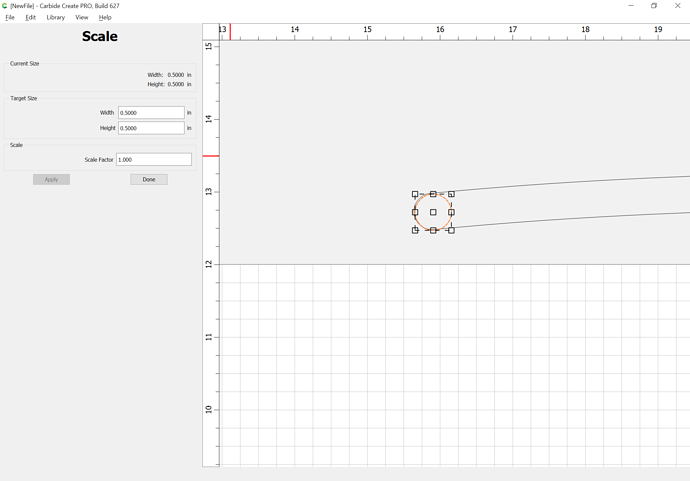 Please note the 0.5 in dimensions in the lower left corner of the Serif Affinity Design screen grab.

Things required to make this work:

Please zip the Serif Affinity Designer file which you are having difficulty w/ and post it here.

hey there. I just saw the second screen grab was in inches. totally missed it at first. I really have no file thats giving me grief yet. im trying to start out at a super simple line, at a set size in affinity and then import that to CC without any issues. maybe my first simple step is to figure out how I get this files pencil line to show up as exactly 1/4 inch when I drop it in CC. heck, it appears I don’t know how to make it exactly 1/4 inside Affinity. ive just now started with affinity and vectors as previously I worked with raster stuff. this is all quite new and pretty cool.

In Serif Affinity Designer — draw a stroke and assign it to have a stroke which is 0.25in: 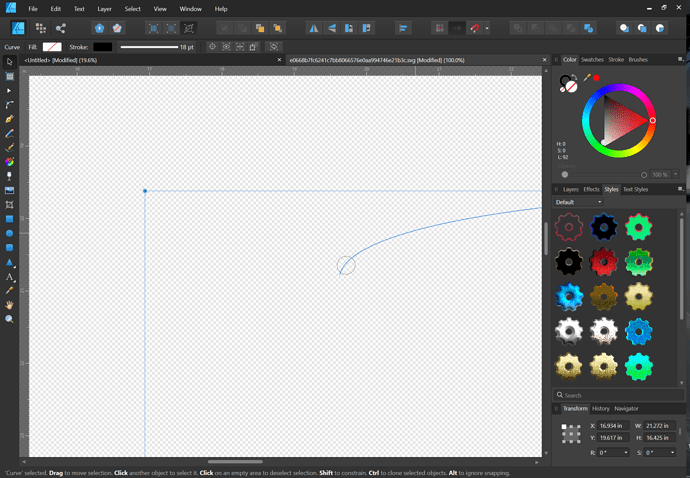 My copy is insisting on representing the stroke in points, hence 18pts. 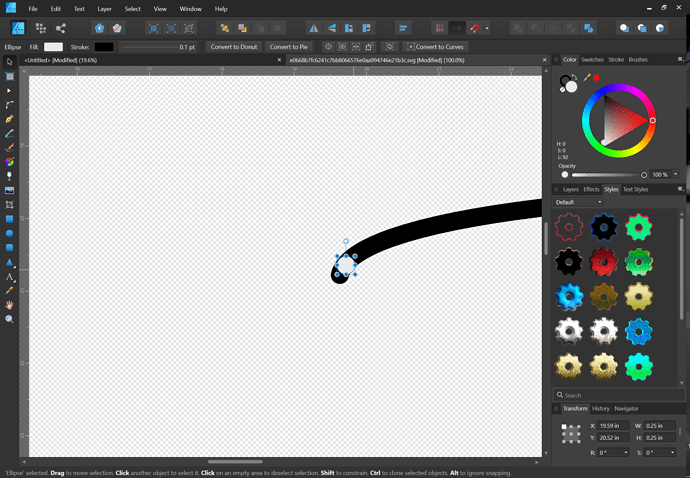 Export this using the settings given above: 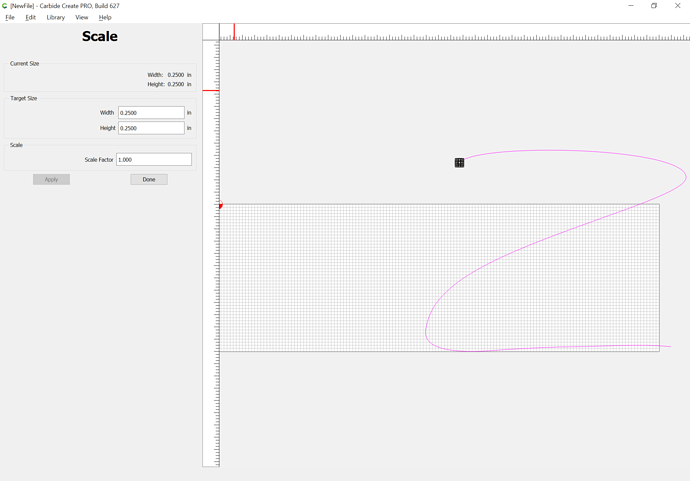 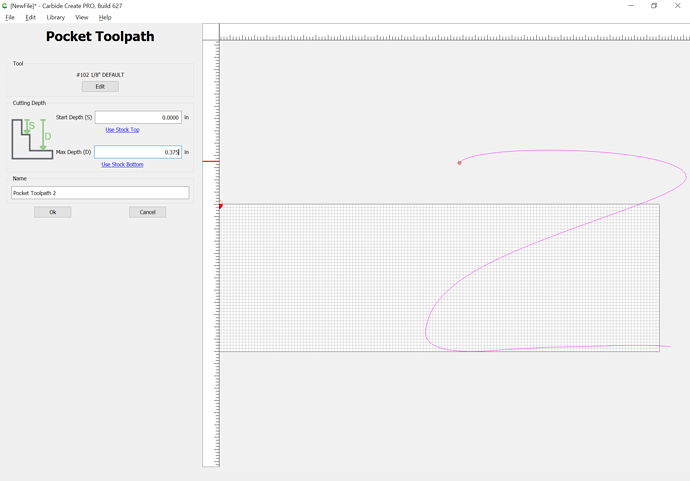 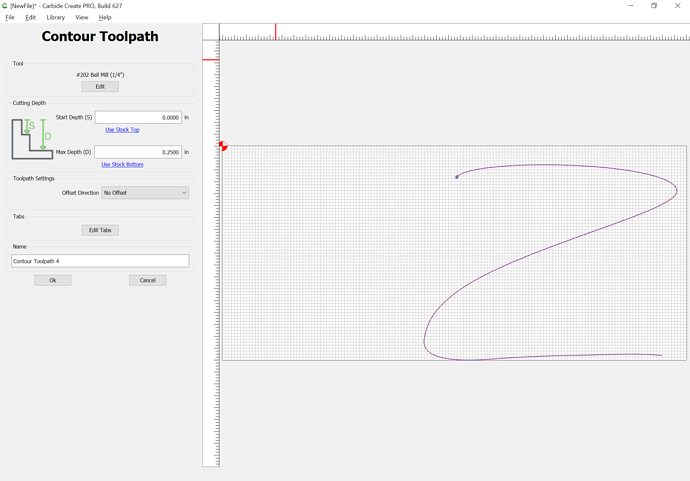 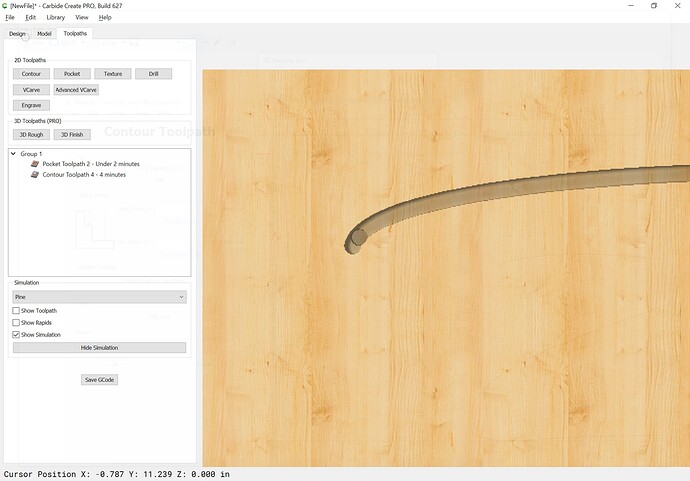