Half Tone Link for images

I’m looking for online Half Tone app that someone at Carbide3D created a while back. I had some good success with it, but have lost the link. Is it still out there?

We’ve been trying to track down a bug in it, so if you have problems w/ a file, send it in to support@carbide3d.com

Thanks William. I went to Cutrocket but didn’t see it.

@edwardrford would have to speak further on this.

Here’s another alternative if Ed’s generator won’t work for you, using a completely different technique to locate the dots, I’ve only used it with an eggbot although it’s on my to-do list to try with Carbide Create vcarving.

For something much weirder try squiggledraw, which I found through this list

Thanks Kirk. I’ll have a look at this on also. I had to look up what an eggbot was. Does Stipplegen use SVG files? If so, I presume that CC can generate tool paths when all dots are selected for a V carve toolpath.

Stipplegen does create svg files. They should work with CC but since I haven’t tried them together there could be an issue, or it might take a pass through Inkscape with something like a converts objects to paths. Probably not, but I’m hedging

Thanks again Kirk. I did some digging into Stipplegen and couldn’t get it to respond. I’m also looking at Squiggledraw. The latter is not working for me yet - the installation process is bit beyond me at this time.

Ive noticed some ghosting when adding images last night, like smaller duplicated ghosted image cast off to the side from original. Playing around with settings, manipulated ghosting and gave all sorts of effects. What kind of “Bug” are referring to? Things to look for?

I was putting in Random images from my pc, played around with Grid density.
Notice upper left ghosting of Duplicate Image.
Grid spacing down to 1 and angle at 90 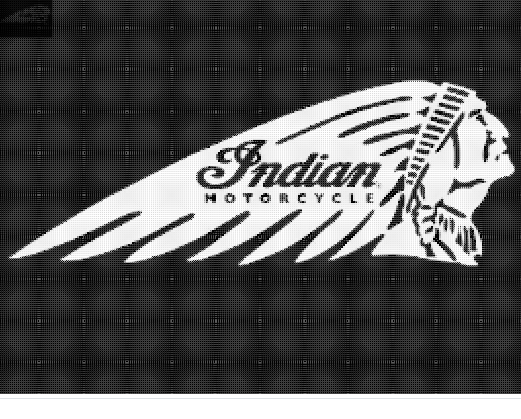 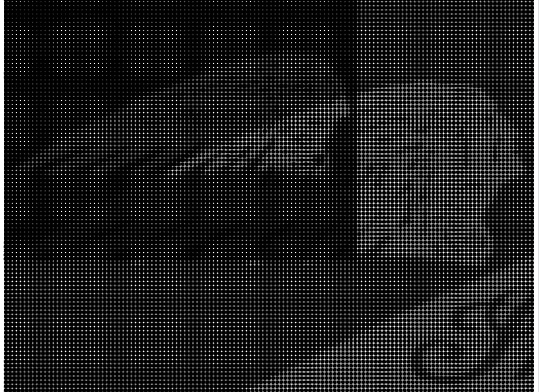 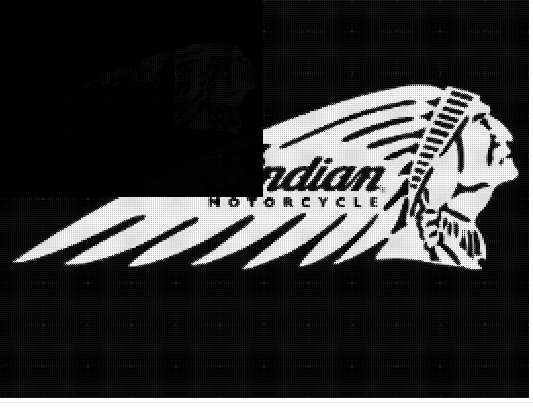 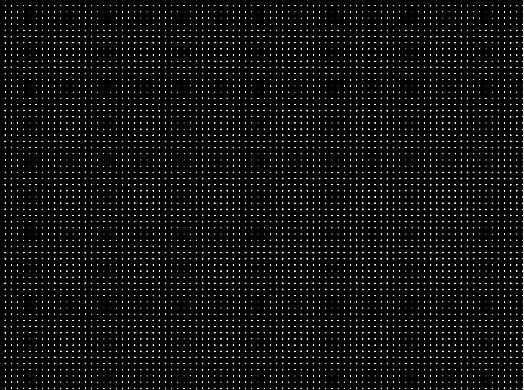 After restarting a few times the original generation looks like this now.
Grid spacing 1 and angle 90 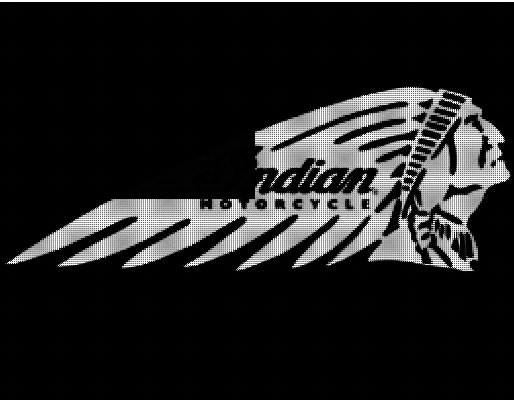 All the above I selected restart to change parameters.

Then selected start over with new Image.
Selecting grid 1 and spacing 90 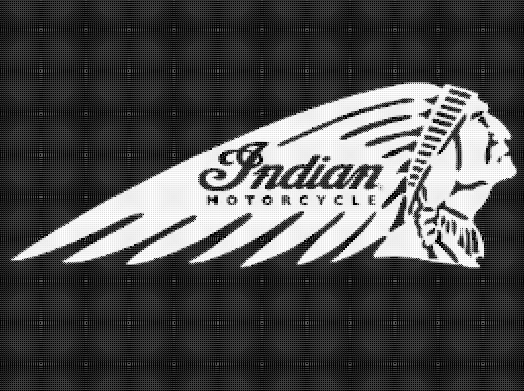 However if you select generate with default parameters upon loading image this results & seems to be the start of a Bug. 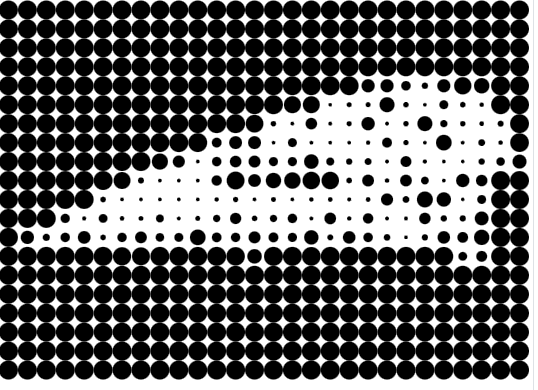 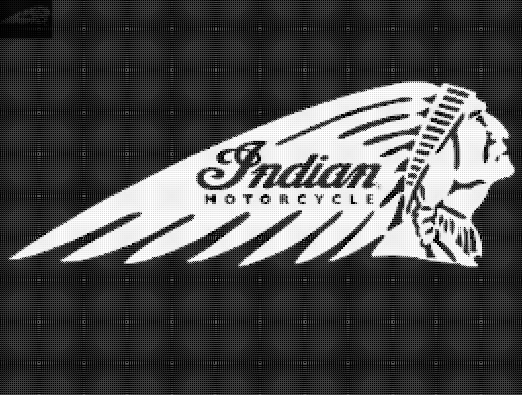 and then restart and Grid of 2 angle 60 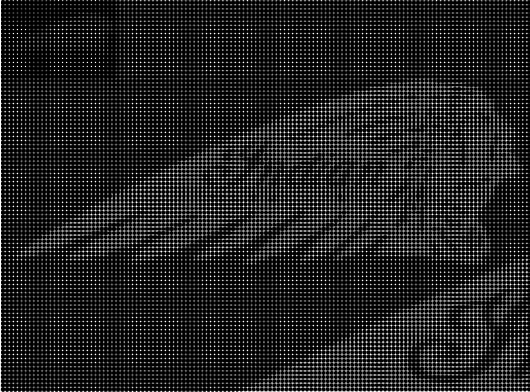 Seems like it is easily duplicated on my end.
Have done the same steps with same results 3 times now.

We have your ticket in on the support queue, and I’ve queried for an official answer there.

I believe the problem here is two-fold:

In what way do you wish to cut this out?

Have you considered an image more suited to representation? Better versions are available at:

this file should trace easily and well: 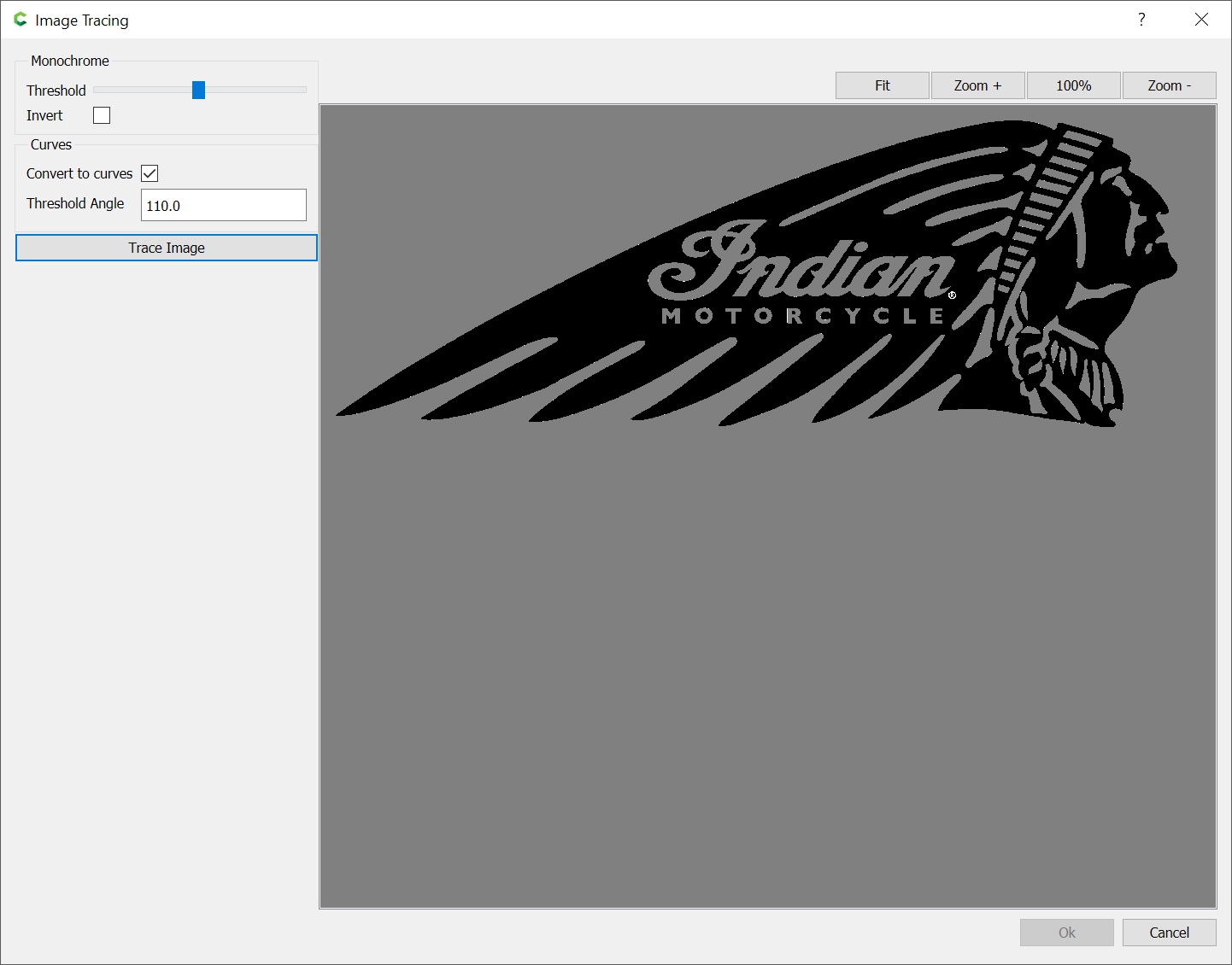 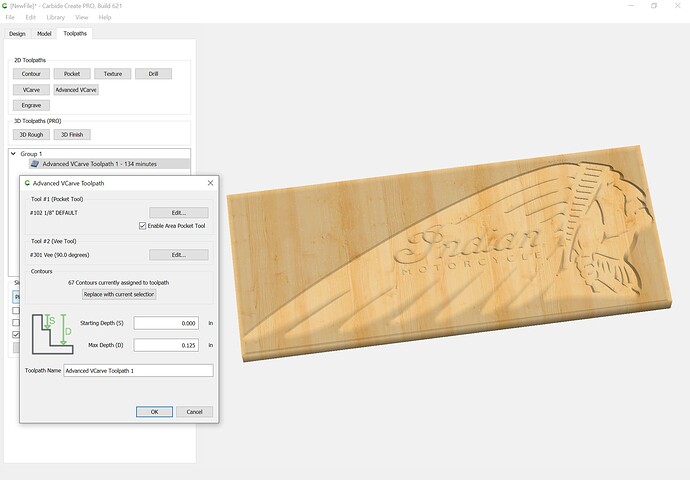 Experimenting w/ other logo versions, or replacing the text w/ the available vector version are left as an exercise for the reader.

To clarify I had no intentions to cut this file with Halftone. This was actually like the 4/5 project I made when I got the machine a few years back. I did a Pocket cut with epoxy fill. Did as a gift for Uncle who has a few Indians.

Some really nice SVG’s in there I’m sure some folks will enjoy them.

Have you considered an image more suited to representation? Better versions are available at:

You mentioned bug and I decided to jump down the rabbit whole. I just grabbed random Images until I found a repeatable anomaly. And then tried with multiple images to get the same results.

I currently use AI alot and do occasionally jump back into CC and test image trace against AI. in more and more cases the images are identical, Sometimes AI has better results.