Help needed with a simple trace

Im a new user to carbide create and shapeoko and unfortunately already having a tough time. Ill be using this machine for work. At my job we have a bunch of speaker mounting bracket templates that we use to make new ones, and I wanted to transfer these into carbide create to make life a lot easier in the future.

The problem is I have not yet found a simple and easy way to do it. I tried the inkscape program, but didn’t get too far with the trace to bitmaps option.

Manually making the curves and lines seems like a LONG process, that also doesn’t seem too effective.
Only other thing I thought about was using magnetic selection tool in Photoshop, filling the selection with a solid color, and then transferring to inkscape just to save as a svg file.

Anybody have any better ideas 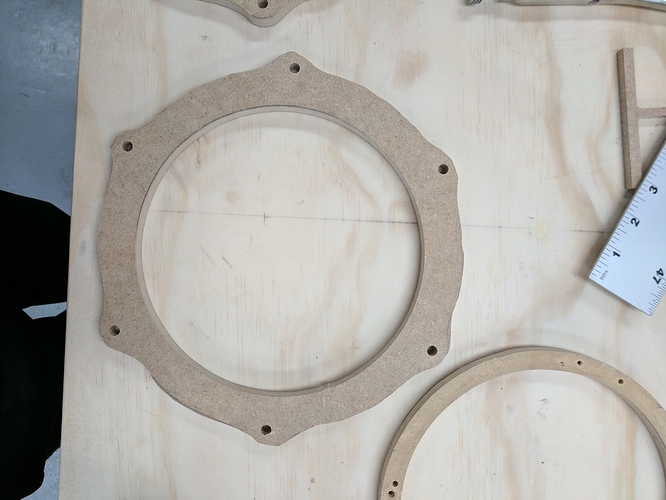 Are all the templates the same? Your picture suggests there might be at least two different ones. For someone familiar with drawing in Inkscape, Illustrator, Freehand or Corel it’s an easy task to draw those. I use Illustrator and will draw the main one in your picture for you if you supply the EXACT measurements for the inside diameter, the outside diameter, the spacing between the hole centers (across from each other) and the diameter of the holes. Also, do those holes form an exact hexagon?

No, not all templates are the same. They differ for each car, as well as location of actual speaker, the picture I attached is just one to show an example of what I want to make.

While I do appreciate the offer to draw it up, I’d like to know how to do it myself as there will be many of these in the future , maybe even in paper form, that I’ll need to create.

Is it all basically freehand? I know Photoshop has a magnetic selection tool which allows you to follow the edges and it seems like it’d help, but I thought there might be a better and / or quicker way.

Takes longer to type up than to do — when I taught using Freehand I’d have my undos set to 100, and would go through such tasks at full speed, then undo back to the beginning, then step forward and explain each step.

I think you’re on the right track with the photoshop->inkscape method. I’ve had good results doing something similar for making up some stencils. 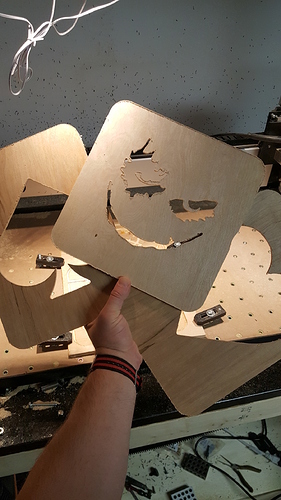 Taking a photo of your template on a high contrast background would make it much easier to clean up in photoshop. You make also consider throwing it on a scanner.

What are the elements of the template that demand precision? Just the center hole and the bolt holes? Does the outside profile have to be accurate? It looks in the photo like it was a hand-done bandsaw rough cutout.

Have you tried this:

How to trace pictures quickly Unsupported

This is a quick video I put together on how to trace Images and get them ready for carving or engraving. This is a very fast tracing program and it makes this task so much easier then most of the others I have used so far. Just thought I would share. You can download it here: http://www.softwareredefined.com/documentation/features/

I would draw (in Inkscape) the inner and outer circles and a hexagon (all accurately sized) and align their centers. Then draw the hole circles and position them on the hexagon points - then delete the hexagon. Then draw one of the bumps that projects out around the hole. Have that bump drawing overlap into the outer circle. Then duplicate and rotate it five times around the center of the whole. Then join/weld/merge the bumps with the outer circle and you have your shape. This shouldn’t take more than a couple of minutes, assuming you’re familiar with the drawing program.

have you considered autodesk fusion 360

The precision we need is the middle circle (for the speaker to slide through), and then the smaller holes for the screws. The general shape, usually doesn’t have to be precise as it’s really meant to get around parts on the door, such as wiring, bumps or whatever else.

I’m open to options for different programs such as fusion 360, if it makes life easier for this and future projects. I’m.actually trying to compare the two see which would be better.

So I was messing around more today and I managed to get something going on, using a combination of Photoshop and inkscape, but my problem now seems to be scaling down to the correct size. Any suggestions?

Include a surrounding rectangle of a known size, on import, select everything and set the size to match.

Good idea, will definitely be trying that out.

One thing that I’m still trying to figure out is how to add tabs easily. I read through one of the topics here but some reason i dont know how to apply it to my project.

I have the traced image in but cannot not for the life of me figure out how to add tabs, Maker cam does this so easily and this just seems like a royal pain 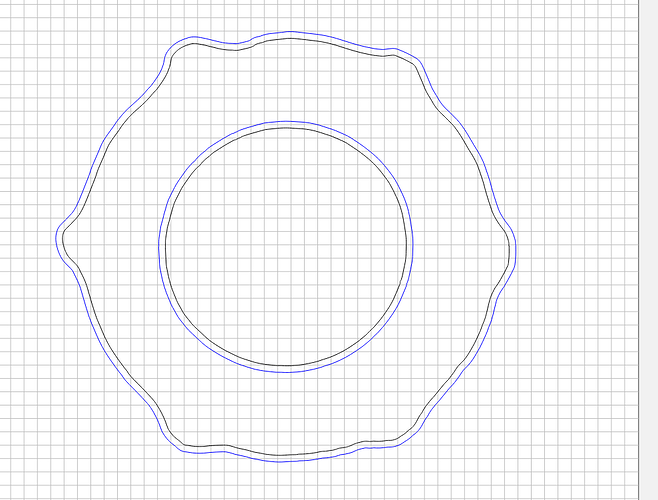 For this, my suggestion would be to machine the holes first, then put screws in through them, then finish the cut.

EDIT: Since then, Carbide Create has gained tabs, and in the new v7 they have moved to the Design tab: 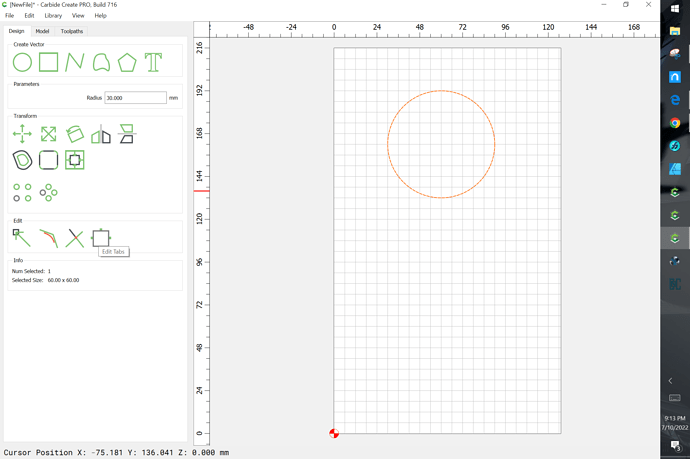 You can DL the free version of Artcam (Artcam.com). For your project it will do the tabs and it has a nice simple bitmap to vector conversion tool. I don’t use Artcam, but for the price this is a really nice tool.

Frustrating that the tabs are a necessary part of cutting all the way through your piece and not every project has holes in them that you can screw down. I guess I am going to have to use a different program!

Tabs have been available for a while now.

In v7 they moved to the design tab:

Thank you! I figured it was a software oversight because on the toolpath tab it mentions ignoring tabs. lol

A lot has changed in the 5 years since this thread from 2017, you might want to review the tutorials, which include (section 9) tabs.

Wonder how that all worked out for @coderedpl? Today he could scan the part and use CC’s built-in image trace and scale to match the original for his multi-part library

Those templates look pretty beat up & out of shape. I wonder if that shape is intentional or just a result of use?? Seems like it would be really fast to just draw it up as initially designed & get a much nicer end result.