Idea for a Carbide Motion PRO

A while back I stated I would never go with CC-Pro because I don’t believe in renting software due to it’s annual fee. This is mainly due because I have a work around with other software.

OK, with this in mind I have come up with an idea for a CM Pro that could be bundled with CC Pro that would change my mind, along with others. (Maybe)

Add an app for pendant software tied into CM. This could be connected either via network, Bluetooth or USB connector.

Maybe a different layout, but similar to the following… 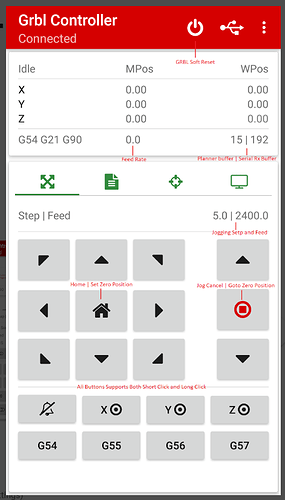 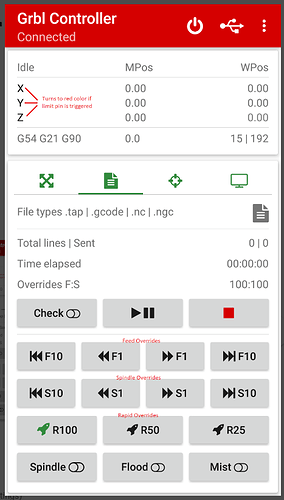 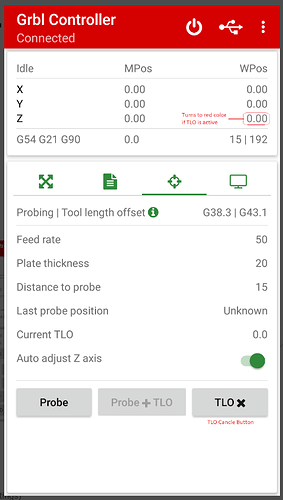 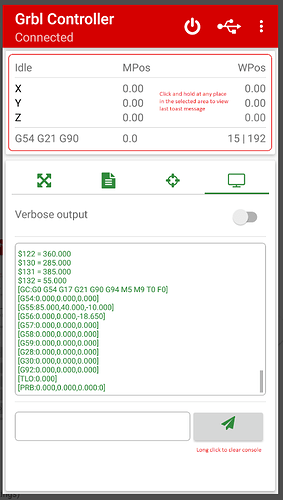 This may be a major selling point for PRO!
Major point here are the diagonal movement buttons!

BTW, I personally have an Android phone.

That’s actually on the “To consider” list for Carbide Motion. We’re not sure about it yet, but we’ve been talking about it.

This would be a solution I am sure others would jump at along with myself.
If you wait too long, I and others may find a work around or a different app to do the job.

I personally am actively looking.

You want direct control of the machine from a mobile device (no computer)?

Only as a last resort. I prefer to have remote access through CM. At least this is what I was recommending.
Even if it is through a USB port from my phone. I think it would be very useful for all.
I know there are wireless keyboards or button pads available. But a direct connect to CM just sounds like a good addition to the Carbide 3D arsenal.

I have my laptop right next to the machine, so I find I can do pretty much everything except jogging to set my zero. I’ll take my wireless mouse to the spoilboard for that, but still need to change the resolution on the laptop, and move the mouse pointer on the screen for different directions.
A simple jog screen on my phone would be nice.
I bet a gaming mouse could be programmed for up/down/right/left/page up/page down and maybe even 1-4 for speed settings ???

Easier to use a numeric keypad, a gaming controller, or a gamepad or dedicated keypad.

For one option see:

I was still in the mindset of having a little more information at my fingertips rather than just movement.

Tell me, can the gamepad be setup for diagonal movement?

Diagonal movement isn’t possible since there’s no keyboard shortcut for it.

Since the rapid positioning can move in a diagonal direction, can’t g-code be programed to move diagonally while a button is pressed and stop when released just as in the XYZ movement?
I am not a programmer but feel this should not be too difficult. It exists in other programs. Or am I missing something here?

move diagonally while a button is pressed and stop when released just as in the XYZ movement?

Yes. I think Will is saying that Motion isn’t currently set up for that.

I get it, I truly do.
All I was saying is, it could be a simple addon. This is a feature that could save time in the process of creating projects. Currently we have to press the Y button and wait for it to get to an approximate position, then press the X and wait again for it to get to the approximate position. A diagonal movement would reduce that wait time in half.

Wouldn’t that be nice?

As someone who runs their machine daily, I’ve never even thought about having a diagonal movement when setting up a job. I set all my pieces in the same general x/y location, no matter what the project is, so having a diagonal is not necessary.

For time saving… I’d rather they put in a check box to not have the dialog popup when needing to jog the machine to warn me about where my cutter might be… and to not auto show the preview when loading a project.

I’m moving off CM for the same reason. I have an old version that doesn’t prompt, which is wonderful, but I want some of the shortcut functionality and as such will be moving to gsender or cncjs.

Remember all, that the newest version has a macro function. You can add more places to rapid to including one that you use often. That is faster than diagonal jogging anyway.

Have another request for V7Pro: ability to zoom in/out on the front/top/side view. If you are doing coins, the views are very small and hard to see any meaningful detail.
Love the update though. THANKS