Hello - I wonder if it would be possible to modelize and carve this door in a smaller size replica (80 cm high).

The 3d file needs to be made out of pictures - the original door has burned.

Shall we simplify the design ?
Is it possible to make it 100% as original ?
Will the CNC be able to carve it ?

All ideas about this are welcome - this is a project I would like to fund and make. 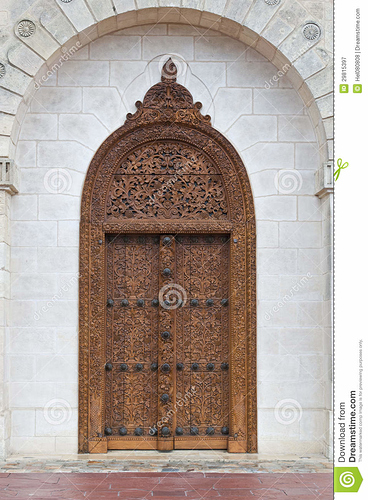 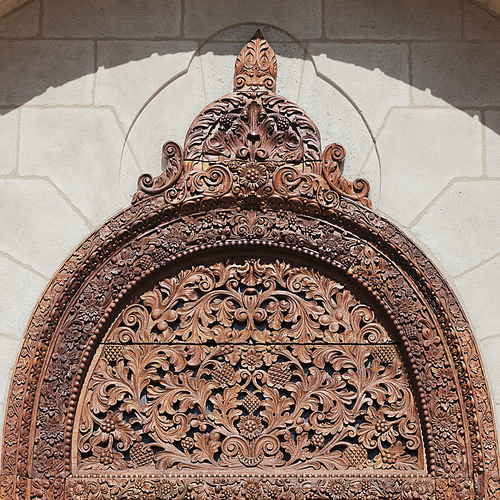 It seems to me that the CNC carving would be the “easy” part, compared to modeling this from pictures alone which is probably a huge undertaking. I guess it depends how true to the real thing you want this to be. You could probably find patterns of vines/leaves that look like this, and carefully assemble them to make something that looks similar. But replicating exactly these patterns…sounds difficult indeed.

People with ambitious wood carving projects (like this one from @wb9tpg, or this from @RichCournoyer) can probably share a better grounded opinion on how doable this is.

It’s a wonderful project to have in any case, good luck !

I agree that carving will be easier than modeling that door but new software that use many pictures to create a 3D file, some are even free/open software, could help if you can find many pictures of the door and see if they can provide at least the start of a 3D model that could be painstakingly cleaned-up.

I, for one, would love to see the final product. I concur that modelling this is much harder than doing the machine work, a lot of the difficulty being what compromises to make, as the carvings are not z-simple (there are undercuts and other features that can not be reached from either side without the tool passing through solid material)

I would guess that the most reasonable approach would be a full 3D model using a tool like Fusion or solidworks.

The actual machining process will not be a picnic, as there will need to be a number of different tools and alignment will need to be pretty dead on from tool-to-tool. There will probably need to be a fair bit of hand work to make it awesome (chisel and knife work, aside from sanding, polishing, and finishing)

Just thinking that since this may have been of significant heritage value, some museum in the area where it was situated may have a collection of detailed pictures or even a 3D model already done. You may want to make a few inquiries and save yourself time and aggravation. From the caption, it looks like this was in France, maybe @Julien would know where to make your inquiries.

Hey I was not curious enough to notice that! Indeed it’s from a luxury Bordeaux winery, Cos d’Estournel, here’s a wider view of where this door is: 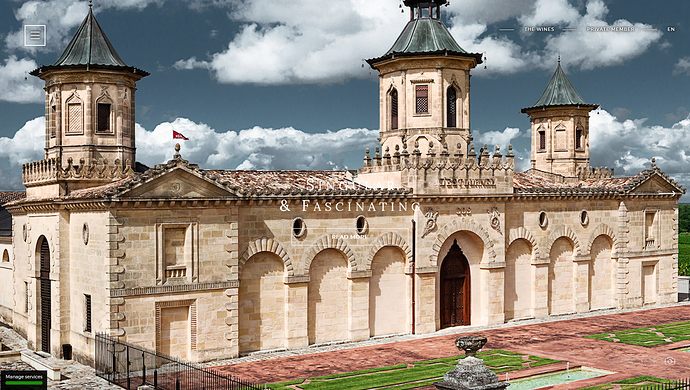 cos_destournel.jpg1654×936 821 KB
and there’s even a wikipedia page, apparently this door is from the 17th century and was brought in from Zanzibar

Château Cos d'Estournel is a winery in the Saint-Estèphe appellation of the Bordeaux region of France. It is also the name of the red wine produced by this property. The wine produced here was classified as one of fifteen Deuxièmes Crus (Second Growths) in the original Bordeaux Wine Official Classification of 1855. Château Cos d'Estournel produces the eponymous grand vin, the second wine since the 1994 vintage, Les Pagodes de Cos from the estate's younger vines, as well as Château Marbuzet fro...

I made de research - no 3D model exists, I can find detailed images to be scanned but would like to get insights about feasibility and best practices.

I think myou would be a pioneer in the CNC world but there are several people using the technique for 3D printing. You would have to cruise different forums to learn about the technique and best practices and people here can discuss the CAM & machining aspects of the model.

Best practice would be to begin with a vector drawing which captures the bare outlines.

Enhance that with greyscale regions which define the vertical changes.

Use that greyscale redrawing to inform the creation of a 3D model.

I’m actually hoping to investigate doing that sort of thing programmatically once I finish my current project — if you could share the photographs that would be a natural fit for this sort of thing.

Go on location with a 3D scanner with permission from winery.
That would be the most FUN way to get it modeled.

Go on location with a 3D scanner with permission from winery.

Going on location is easy. Getting permission shouldn’t be hard. Traveling back in time to a point it hadn’t yet burned… may require more effort.

The amount of detail makes me think this would be very difficult to model using a photogrammetry-based approach. With enough high-quality, high-resolution images, it might be within the “theoretically possible” range, but I know it’s definitely beyond my capabilities.

I’ve personally had some limited success with photogrammetry and generating models, but only at larger scales with less detail. I’ve had very, very limited experience with 3D sculpting – I have the hardware and software to get started, but so far, not the time. An experienced modeler can certainly recreate the door, but I pale to think about the number of hours of work involved to get all that detail.

I am close to the winery owners but the main problem is that the door does not exist anymore (it has been burned recently) the only traces available are pictures.

Going on location is easy. Getting permission shouldn’t be hard. Traveling back in time to a point it hadn’t yet burned… may require more effort.

Maybe going back in time is easier than 3D scuplpting it

More seriously I guess that the repeated curved frames designs can be done in Illustrator (I made this with certain success). Many pieces of the design are repeated if you look carefully.

No, it’s a straight-forward design, and quite traditional and well-documented — very much used in leatherwork, Sheridan style can be easily inferred from a simple line-drawing to make a 3D version.

So sad… This is why we must get Historical pieces like this scanned and put into a vault! so sad… we save seeds and all kinds of stuff why not Historical Carvings. Make your family money for centry’s lol.

There are groups of scholars and researchers who have recreated models of artifacts destroyed due to recent wars. I remember reading about one of these groups. Here is an article on the tools that are used in the process that I found through a Google search.

PixelCNC is the most capable software of creating complex CNC designs from pictures. Although you need one good picture from which to do it.

Are you saying this from experience? If yes do you have an example? Will the GCode run on the Shapeoko or does it need massaging the code?

PixelCNC is the most capable software of creating complex CNC designs from pictures.

Will the GCode run on the Shapeoko or does it need massaging the code?

I started using PixelCNC when I was working on the workflow for my terrain relief models, and I continue to consider it the best software by far for 3D carving from a heightmap. I haven’t had a chance to play around much with all the other things it can do from images, but what I’ve done with it has been great.

I do not believe it (yet?) has the ability to save G-code split by tool, and I always have at least two tools in my projects (roughing and finishing), but I find no difficulty in splitting the files myself. I personally use the “GRBL (Metric)” post-processor (one of the included options), and it works just fine.