Someone asked if I had ever used my JTech laser on anodized aluminium, and I hadn’t, so of course I HAD to try.

I have the 2.8W model, so not lots of power under the hood, but for engraving stuff it has proved to work well. Anyway, I bought a bunch of black anodized aluminium cards (100mmx50mm) on Amazon, and got them tonight. 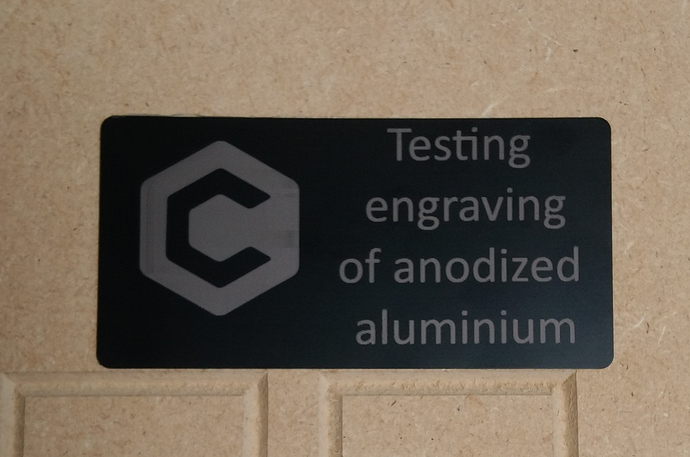 Not bad for a random run. The logo can use some improvement though to reach a perfectly uniform surface though.

I will update this thread as I test other parameters, but if you have examples of your own of laser etching anodized aluminium, feel free to post them there here and we can share tips!

Oh, that looks pretty great for first try (and also thanks for doing this!). The makerspace near me has a 100W Boss laser (that is now constantly having user error issues I think). I was able to do these on it: 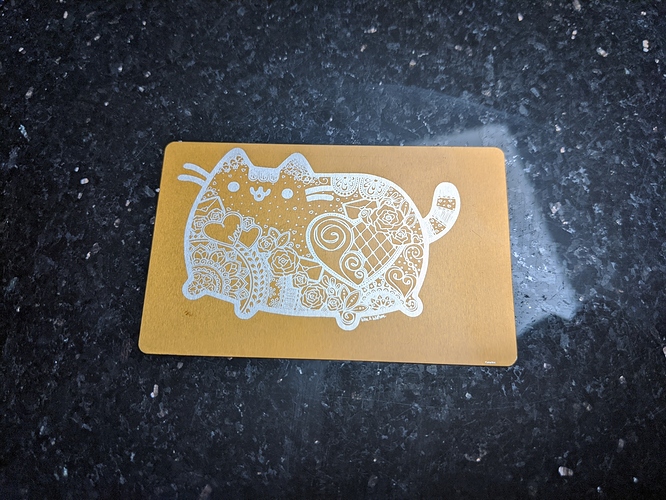 Not sure if those numbers would help at all.

Oooh I need to utilize our JTech laser more. I have the 2.8w as well. That looks like a fun yet quick project.

While on the topic of lasers, have you ever laser engraved photo images?

@Radiation: thanks for sharing those settings. I googled a bit and apparently there are two “schools” for etching anodized aluminium with a laser:

@RoughDraft40: I never tried engraving photo images, I guess that could be part of my second try. I also saw that Vectric now provides a laser module for VCarve that does photo lasering. I’m not quite at the point where I want to buy it (it would be mostly redundant with LightBurn), but there is a trial version, I might take a look.

So I did a couple more tests at various speeds and laser power, turns out the first run was really not far from optimal in terms of contrast.

However I kept getting the non uniform color in the large lasered surfaces (the “C” in the logo), 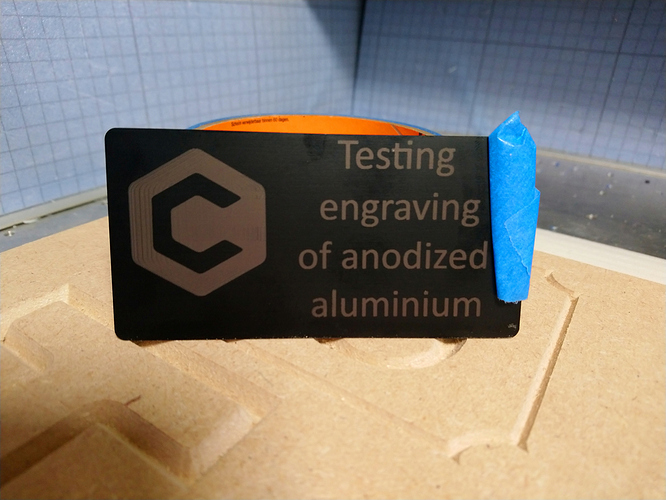 which upon closest inspection is a really interesting ringing pattern: 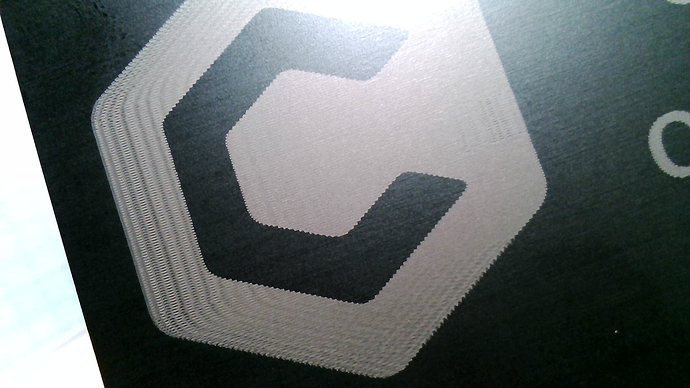 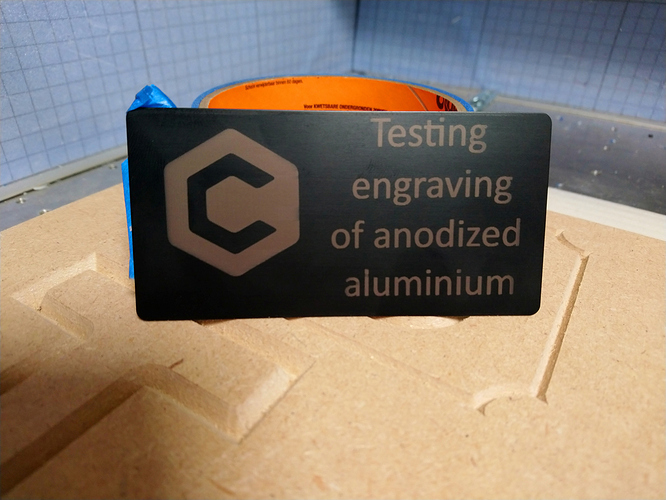 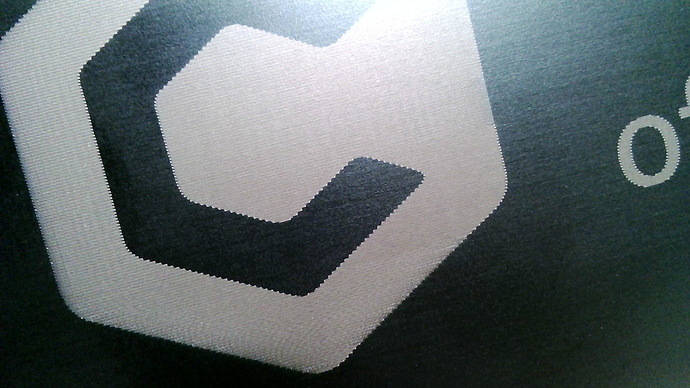 which reminded me that I had already had this accel issue last year.

I guess my laser mount is not rigid enough, I’ll have to work on that. But for now, 50mm/s-2 accels it is during lasering.

@GJM I noticed you have a 7W in the other thread, any desire to do a similar test? I’d be curious if the 7W shows any difference.