So, I’ve just finished the CAM for some of the batches of larger parts, and they’re going to take a while - 5 and a half hours according to Fusion. That’s for 2 parts that pretty much fill the cut volume up, 6mm thick.

The router will be spinning at 10,000rpm the whole time, apart from ~1 minute intervals to change the tool and reset the z height. 4 tool changes for the drilling and small details in the first 10 minutes or so, then the same tool running constantly for the remaining time. I’ve seen stories on here of routers bursting into flames or smoke pouring out, I assume that they were incidents on longer jobs like this?

Is that sort of machining time acceptable, or do I have to look into splitting this set of parts up smaller?

Folks have done longer runtimes (8+ hours), and I can’t say I have heard of a case of a router failure that was directly linked to how long it ran continuously, as long as nothing gets into the air intake (pro tip: use the world famous @RichCournoyer’s sock trick, and your router will be safe from flying chips)

The real constraint as far as I am concerned, is being able to be around the machine this whole time (to each their own, but I won’t leave my CNC completely unattended for more than a minute, I like my house not-burnt-down). For long runs like those I make sure to find something else to do in the shop nearby, and then use the “Pause” button to take breaks. I’m a little paranoid, this has been debated countless times here, but safety first, always. Oh wait, that was not your question anyway

I have run jobs that are 13 hours plus. I did check my stepper motors by feeling them and they were never hot only warm to the touch. I also felt my dust collection motor and that was also cool.

One thing you should do is load the gcode into CM and see what it says about run time. I know in Carbide Create the estimates are usually about double the actual run time. Even what Carbide Motion shows is inaccurate because the estimate for cut time is for cutting time and not including retracts, tool changes and rapids. So a job that CM says will be 10 hours may be 11.5 or so.

The router is continuously cooled by its own fan and if you have dust collection that draws more air into the router. You should monitor the machine during the whole run time. Always be within ear shot of your machine and only a few steps away so if things dont go as planned you can shut down before anything too bad happens.

We’re re-shuffling a few benches in the near future so that the CNC is only 5 or 6 steps away from anywhere else in the shop, so it can’t go too wrong.

I think a big red pause or feed hold button would be a useful addition in the near future. I don’t know if it’s possible, but maybe even various buttons dotted around the shop where we spend more time.

There is one thing I keep meaning to ask about CM: Does the time update with the feed rate override?

There are a few un-tested toolpaths, but the ones I have tried seem fairly safe, even up to ~150% override. Seems promising, but I’ll obviously keep a close eye for the first few full runs.

Hi Sam, I read an article recently and for the life of me I can not recall where but it made mention of the router running hotter at lower RPM as the built in fan was more efficient at higher RPM. The fact you say about running it at around 10k RPM you may want to keep an eye on the temperature until you get an idea on how warm it will get. Much of this will also be dictated by the loading being put on the router so materials being cut and speeds etc will all play a part.
As Julien says, not something you want to leave alone for any period of time unattended even if it does run cool.
Unless someone says otherwise, I have changed the feed rate up to 200% in some cases but not seen the time update accordingly. I try not to stare at it as the line count becomes a little hypnotic.

Often I have run times in excess of 8 hours…and usually at 11k rpm…and I have done this for the last 5+ years, so yes it is normal, and yes my 5 year old router does just fine.

PS It’s also quite normal (for me) to then pause the job at quitting time…and come back to it the next day and then press unpause, and continue…

So when you “Pause” I take it you leave the Shapeoko on and running in a paused state until the next day when you resume with “Start”. If you are leaving the Shapeoko paused are you turning off your router? Do you feel there has been any determinedly effect on your Shapeoko doing this?

First ?, I run my router via a DIY Bit Runner (Perhaps I was the first?? IDK) so it turns the router off when I press Pause.

Second ?, No. The Stepper motors are actually designed to do this, and in five years four months the stepper motors are original and in great condition, as well as the GRBL board…neither the motors OR the board ever gets more than a few degrees over ambient…

FYI: Due to a medical emergency (about 4 years ago) the machine was paused for almost 2 weeks…

So in closing, I’m very comfortable so say…they are wrong, and it’s safe to pause.

You may have seen in the forum, that I am a BIG fan of light’s OUT machining…I don’t feel a need to watch Mrs Robot work…BUT as a precaution I have installed an Automatic Dry Fire suppression system in my shop. Meaning, if there ever was a problem…it would be handled.

This week’s latest part: A Harley Davison Rear Turn Signal relocation bracket. So as you can see…the machine is as tight and strong (if not better than new). An amazing machine!

Made from 3 parts. Two CAM from CC, one from F360, with an imported SVG made in CC 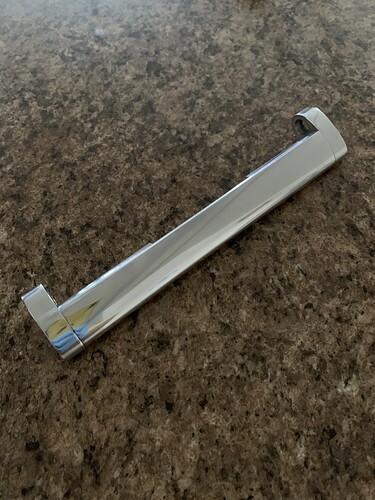 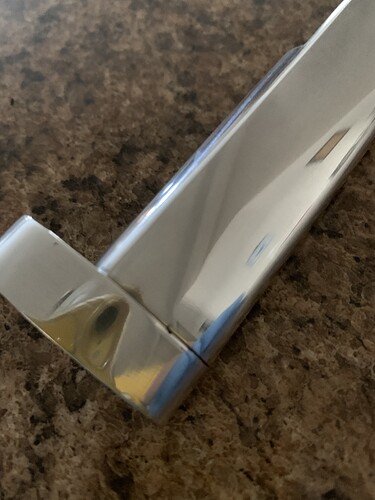 While you can’t see a lot of it once installed, that doesn’t stop me from making it shine… 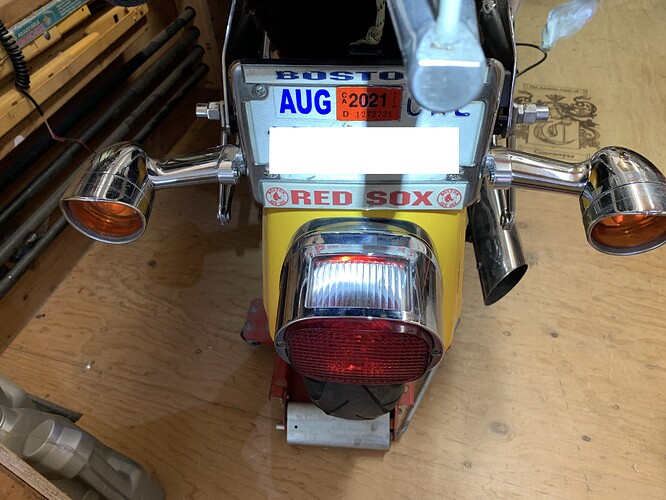 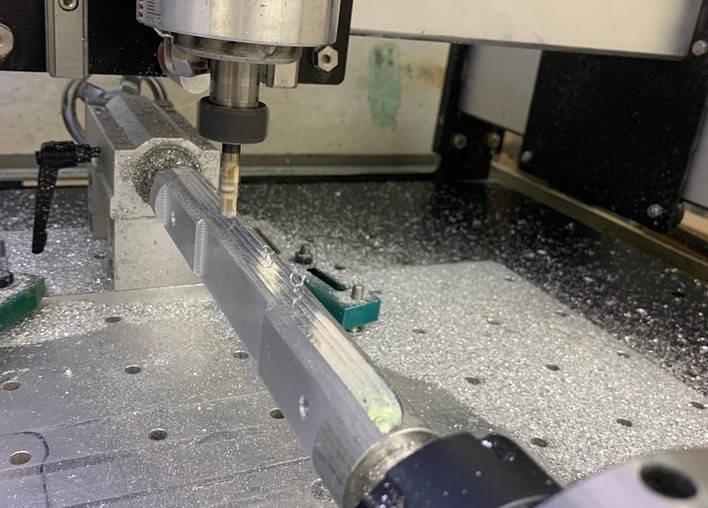 Thanks for the advise. I was worried about leaving mine for an hour. I wont worry so much if I need a break and hit pause.