Others have done this with the Dewalt, but just a quick write up on how to add a plug with a ground to the Makita router. I have a separate thread in this forum that discusses problems with electro static discharge, and this is the first recommended step to helping with that problem. Its a 30 minute job or less. The cord I bought from Amazon is 18 AWG with a 300V rating and has a higher temp rating than the factory one, plus its much longer.

Removing the cover is pretty simple, just take out the four Philips head screws holding it on. You may need to cut the warranty label. I void warranties. Make note of which terminal is for the white wire and which is for the black. Use a small flathead screwdriver to remove the white and black wires from the white plastic terminal. From there you just use a Philips head screwdriver to remove the wire clamp and then pull the old wire out. 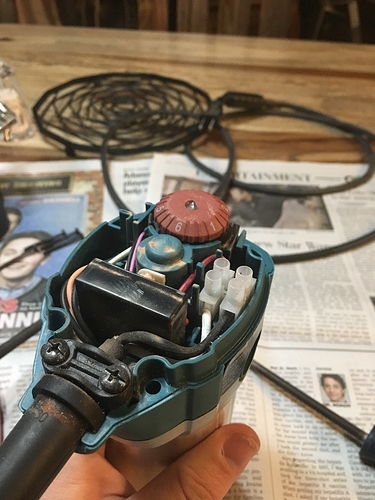 Slide off the dust boot and it should fit over the new wire just about the same. 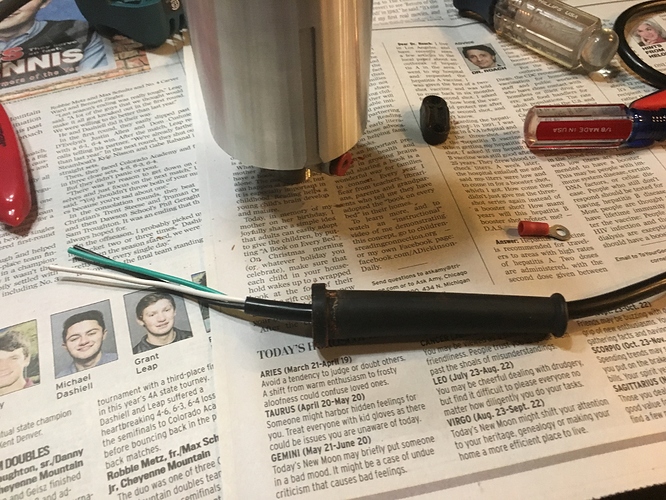 I figured out where I wanted to run the grounding wire out of the case so that I could connect it to the screws that hold on the top. This should give a path to ground for the static electricity from around the router body. I used a 3/32" drill bit to make a small hole through both the cover and the lip that holds it in place. Later I realized that the wire would get pinched trying to put the lid on, so I made a slot in the cover with my dremel. 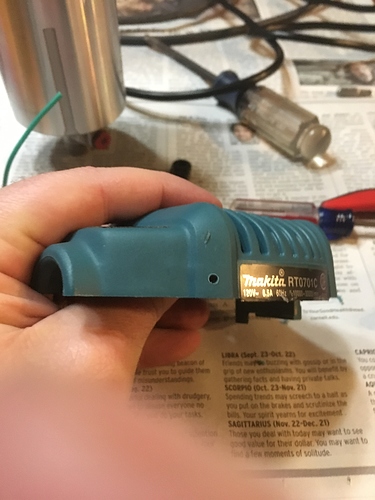 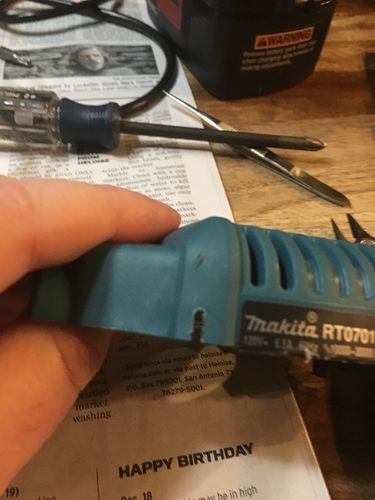 I used some solder to tin the stripped ends of the white and black wires, then put them into the correct places on the terminal block. I re clamped the cord in place with the dust boot in position, then test fitted the grounding wire: 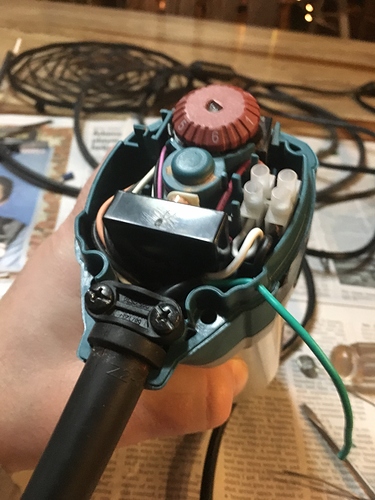 After crimping a ring connector onto the grounding wire, reassemble the cap with the ring on the nearest screw. Power and speed control works as intended, so I will test out how well it handles static soon.
Finished product: 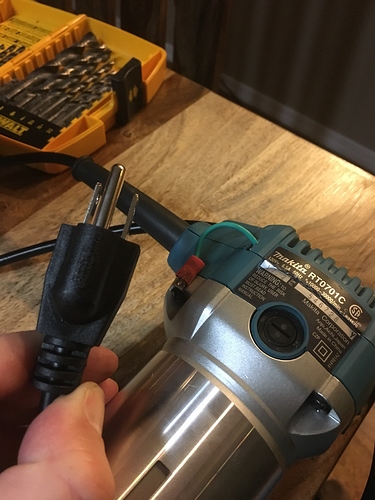 Thanks for this write-up, Evan. I’m pulling my hair out from intermittency issues that are just getting worse. I’ve added new brushes to the router, but to no avail… hoping this ground solution does the trick. Did this end the issues for you or did you end up grounding the entire machine (potentially next on my list).

I never understood these projects that “ground the router” by adding a safety ground wire. The important thing that does is defeat your legal claims against the router manufacturer who spent many engineering hours designing a “double-insulated” hand-held router.

If you think you need the housing of the router “grounded”, then add a drain wire to the gantry that is isolated via plastic guide wheels. That “grounding” wire would be routed through the cable loom just like all the other wires.

Then you can add a “grounding” wire from the gantry to the isolated Z-axis (wrap it around a pencil to make a pig-tailed link) to the gantry.

Disassembling, modifying and reassembling the router does not make electrical sense to me.