Newbie here. First a big thank for the discussion on putting a logo in the union and adjusting stars. Really helped. My question, My toolpath and simulation does not look like it is cutting all of the logo. Am I doing something wrong or is it a logo issue? I have chosen 60 degree V bit for logo and the stars. 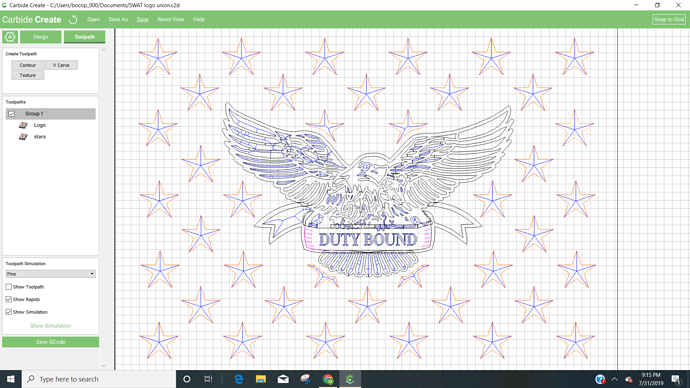 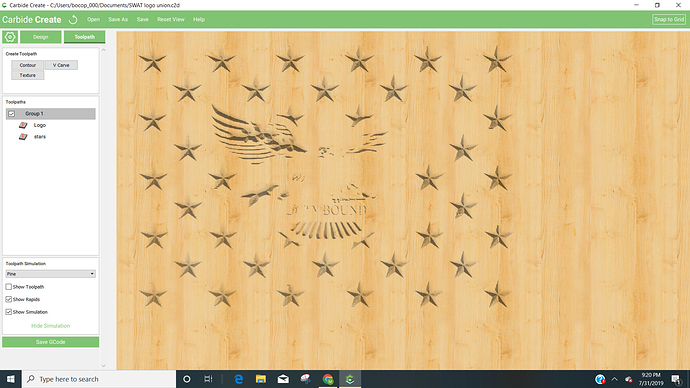 If you are, see: Fixing path winding in Carbide Create

If you continue to have difficulties, please post the file here or send it in to support@carbide3d.com and we’ll do our best to work this out with you.

It looks like you did not get all of the paths selected before having it compute the cut paths.

Make sure all of the paths you want are selected. If you can’t select all of them at once, group them and do the engraving in groups of common paths.

I updated to the new version which I did not have and this is now what it is showing in simulation. It looks better, but I’m not sure if the distortion is a problem needing fixing or just the way Create is displaying. I am attaching the simulation view. I can’t really tell if the words in the ribbon are there or not either. I sent copy of the file to the email address you posted. 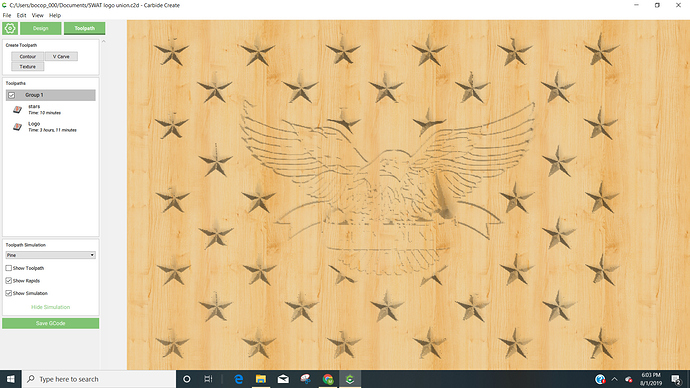 The problem was overlapping geometries — sent you a corrected file via support@carbide3d.com

By chance can you post a picture to explain what you mean by overlapping geometries and how that is an issue? 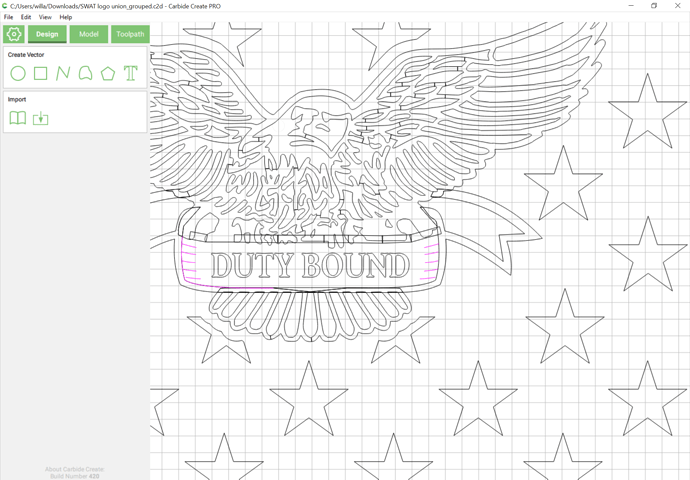 Thank you very much!. I also would like to understand it more. Is the overlapping geometry the part that overlaps the banner? And what was used to correct this? Thank you again for the help. I will retry with your correction tonight.

Yes, the overlaps are at the banner, and also the areas where black areas are adjacent to each other in the eagle — basically any black line which one would not normally draw, or which would have been hidden when colouring in the design.

I fixed it with Macromedia Freehand/MX, but one should have been able to use pretty much any vector editor such as Inkscape, Adobe Illustrator, CorelDraw, Serif’s Affinity Designer, &c.