I have aspirations to retire from corporate America and cut chips all day. Does that allow you to make an exception to the age policy???

Hi Brandon, It is heartening to see that you are asking relevant questions at this early stage of your potential membership. A meeting of minds would be necessary so that we could solicit the expertise of @DAH,@Phil25707, @72begin,@richardfferraro, @NewToThis and honorary lifetime member @theworkshope, who when all are present would constitute a working quorum. I will not speak for anyone else but my gut feeling on this superb and inventive idea is this… as long as you can contribute to our corporate structure with some original blue sky thinking and don’t mind hot-desking with other team members, we can knock it out of the park. Going forward, at close of play, it is clear that there is sufficient low hanging fruit for the team that is prepared to look under the hood to think outside the box. Perhaps we could action that and touch base offline to have a thought shower and drill down to the essentials. I’ll park this notion and keep it on my radar and see what the other guys can bring to the table. They wont mind punching a puppy if it drives us forward. It’s not rocket science and it could be a game changer if we can hit the ground running. The group is new and we have not yet secured general agreement as to which is the best strategic staircase to use. We will reach out to you soon because this is really interesting (young old people) and it has the potential to gel with real old people and create a productive synergy. This notional change in our organisation certainly looks as if it has legs to make it onto the whiteboard. While a helicopter view will be instructive if we can grab an associated snapshot poll once everyone has had an opportunity to peel the onion. I would expect some strong responses if we just continue to play hardball because this really has the wow factor. I am not directly in the loop and I am swamped right now so keep an eye on our proceedings here and there may be several novel solutions offered. I have no doubt that we could bring home the bacon super quickly in say… under a year. Informal groups such as this one will often work far more productively with good structural set up, where the ley lines of communication between everyone are what make a successful enterprise. This could be a win/win situation if you are broadly on board with these ideas and there would be nothing preventing your elevation to CEO.

It’s been a busy week, I move that we table this for now and circle back later.

@jepho as you say, organisational structure is important. That being said, I hope to never be CEO, as that would probably mean I would just get to supervise others making cool creations and comment about the affordability of the materials and cutting time efficiency vs being the one who actually executes the masterpieces.

I hope to never be CEO

It is a piece of cake but you would need to promise not to remove old people as part of the streamlining required to punch above your weight.

Walking the walk eh? I thought so…

It’s been a busy week, I move that we table this for now and circle back later.

I’m not sure that’s a good idea! We may have forgotten what we’re meant to be doing!

Whew, that lets me out, sorry!

Now I am embarrassed.

Now I am embarrassed.

“That’s all part of growing up and being British” - to slighlty mis-quote Monty Python!

Darn, I thought I got away with it!

I’m not quite of “club age” myself, but here’s a blue sky idea for those not wanting to generate income, I.E. sell their wares. Donate the proceeds to a good cause as there is a need out there.

WooHoo! I don’t have long to wait to join!

table this for now and circle back later.

Codger club eh? Born before the middle of the last century. Ouch, don’t feel that aged.

Sign me up I suppose. Please send all dues to my PayPal.

Welcome Griff. Codger is apparently a contraction of coffin dodger.

Well, if we’re going by serial numbers, my v1 Shapeoko was serial #364, and my SO2 was unnumbered since I did the instructions ( http://shapeoko.github.io/Docs/ ) and my first SO3 (since upgraded to an XL) is serial #0006.

WOW… at 76 am I too old for this group? To show you how far back I go, this was my company mascot before I retired from my engraving business and bought a Shapeoko! 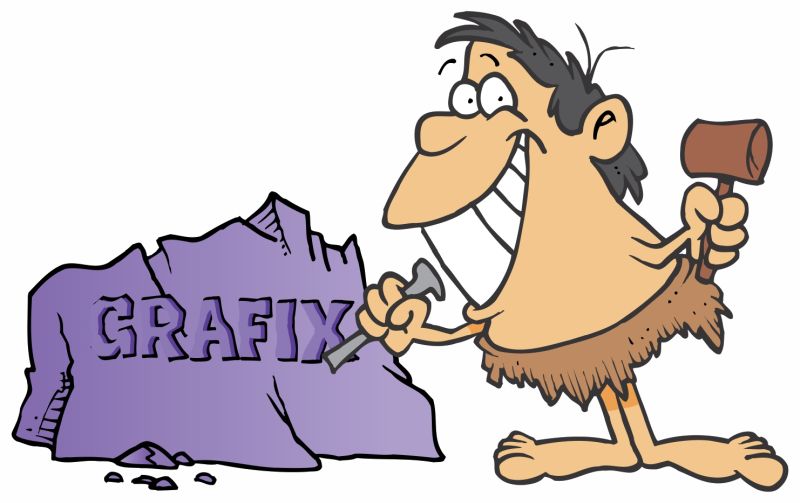 Wow, you had color? Back in my day…

Looks faster than me with the XXL!