I’m pulling my hair out over this as I’ve wasted a stupid amount of material trying to cut some sides for some back loaded horns for full range drivers for a client of mine.

Every time I cut pockets in the side panels they end up being ~0.05” under sized from x axis deflection. I guess when the machine is cutting the pockets the cutting forces deflect the x axis by about 0.025” making the pockets too small for the wood panels to slot into them. Here is what I’m making. 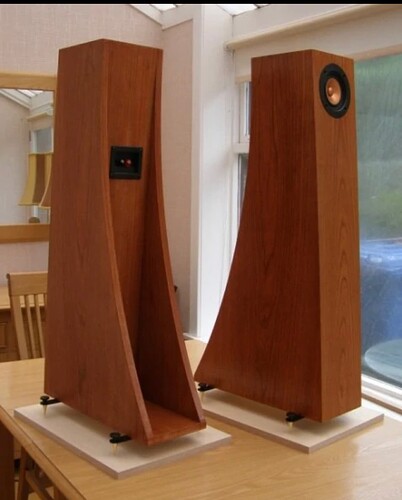 The side panels look like this and have slots cut for the internal panels to slot into. 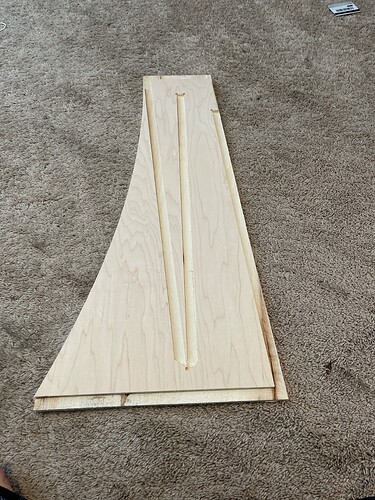 The problem is, it’s off by a considerable amount. In my software it will be 0.725” wide but the actual width when cut is 0.68” which is far too narrow for the wood panels to slot into it.

I took my calipers and clamped them to the table and measured deflection. By pushing the z carriage with one finger I was able to get 0.025” of deflection,

How do I mitigate this issue?
Would running an additional contour toolpath at the end help? It would basically go over the perimeter of the slots one more time. I adjusted my software 3d model (fusion 360) to have 0.745” wide slots so now it’s closer to what it needs to be but its still a pain in the ass

Honestly considering selling the shapeoko and getting a onefinity instead So I don’t have to deal with belts.
A tips?

Leave a roughing clearance and take a finishing pass?

Would running an additional contour toolpath at the end help

That would be called a spring pass. Yes the belts don’t help, but this also happens with the big heavy expensive machines. Tooling deflects, bearings have a little slop, and belts stretch. It all stacks up.

Every tip I have is in that chapter of the ebook, but honesly if you’re seeing 0.05" of error, something mechanical is off.
Belts are very likely not the reason, I’ve been using them for years and routinely get 0.004" precision (that’s when I check it). Did you inspect every single vwheel in the machine for slop ? Is the cut more precise when you use a very shallow depth per pass for the sake of testing ?

Run a calibration. You may need to adjust steps for stepper motors, maybe not. Just make sure the machine cuts exactly the distance expected. Use largest objects you can measure accurately to check calibration.

On the Shapeoko front, your machine can and will do way better than what you’re seeing. I routinely get plywood pockets accurate to about 0.1mm in X and Y first cut without tweaking CAM.

I made a long post a while ago on the sources of deflection in the machine, and how large they are / should be;

What you’re seeing is way over what I would expect. Checking the spindle deflection under a moderate force as you’re doing (I used 25N when testing) is a very good way to get an overall reading of the machine, did you check in X and Y to see if there’s a difference? Checking for Z carriage ‘nodding’ under load in Y is also a strong indicator of where the issue lies.

I suggest, in order of effort and time, checking again with your caliper after each stage.

Hope that gets you started.

I will throw my 2 cents in. I would be $1 if you reorient the location you are cutting that hole you will get a different result in terms of the amount of undersized cutting you are getting. I have a SO3 XL and the SO4 XXL and I’ve calibrated and mapped the machine and the belt stretch on mine is so uneven I get different cutting results in different parts of the machine. I basically have a 10"x10" area I try to avoid at all cost because there results are so different cutting in that region. You can try flipping your belts and also trying to calibrate again. I had the worst time ever trying to locate holes to remake the hybrid bores because they weren’t locating correctly when I milled them some of the holes would be off by 1 mm from hole to hole. Luckily in your case your holes are coming out undersized and you can comp it in Cam till they come out sized correctly. I usually prepare some extra ops that allow me to dial in bores and holes.

That sounds like the cores in your belts are failing, on a properly manufactured belt you should not be seeing those sorts of differences in tooth pitch.

I would rather replace them rather than try to work around the problem.

Thanks for the quick reply and advice!

as far as checking for deflection, I clamped one jaw of my calipers to my table, and had the other jaw against the end mill and I made sure the end mill or calipers did not shift or rotate. By pushing on the machine with two fingers I was able to get 0.025" of deflection on the x-axis direction ONE WAY. So about 0.05" both ways. I tried to upload the video here but it was unsupported. ill try and post that video later.

I re-tensioned the x axis belt (which is a pain in the butt to get it to hold tension. it keeps wanting to slip)
I can’t just move the work piece to a different area. The panels are 32" tall and 18" wide and since I get slightly more travel in the Y axis direction of the machine, I need to orient the height of the side panel im cutting along the y-axis and the width along the x-axis, otherwise I would risk the machine bottoming out in the x axis dimension since i’m cutting so close to the 33" limit.

I will do more checks on the V-Wheels. I use fusion 360 so I am able to do more advanced cuts and I often do 1 hour long fine contours for horn flares. I probably have at least 100+ hours of straight cutting on the machine already.

Would switching my belts to a Kevlar core belt make an improvement? Even marginal improvements are great for me. I do lots of heavy advanced cuts and need all the performance I can get. My table is slightly not level too. its not too bad but I could do a little better in getting a more flat level table. I will try and post a video of all the things on my machine that are “off” later. I have calc 2 class coming up in a few minutes

I would suggest getting everything else is working properly before deciding to upgrade the belts. On the 4 I believe you have 15mm belts which are hard to find in Kevlar core and pretty effective anyway. 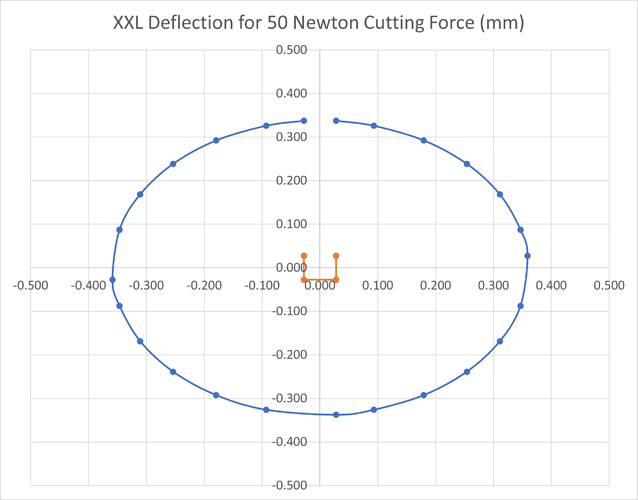 Your SO4 has bigger better V wheels and several other improvements, it should do better than this as stock.

I’d work through each linear motion joint looking for where the slop is, get the belts to decent tension and then, if it’s still misbehaving, maybe the belts have gone bad or something else is going wrong.

What happens if you run the final pass a second or third time? It is time consuming, but do the slots eventually end up the right size?