Just curious if someone have modeld the Vise and the other tools for the Nomad in Fusion 360? It looks so cool when u can place ur model in the Vise in the software.

I have the vice modeled. Modeled it in Inventor and uploaded to Fusion.

Of course! I’ll post a link for you tomorrow. I’m away from my PC at the moment.

so excyted to see this

For now, I’ll post a link to the step file which you can import into Fusion 360. I’m going to be locked up in a meeting for a few hours so I’ll post a Fusion 360 link/file later.

Note: Fusion 360 parts are not constrained for component movement. I’ll get around to that someday.

Thanks @Heathenx!. I had modeled my vise also to use for collision detection but not as detailed and pretty. Have downloaded yours and will use from now on. I have a sea of holes table that I’ve also modeled and now use as reference to place objects on my work surface and get very good zero placement based on my actual machine.

That is… AMAZING! You got the details so nice!
Is it possible to move the actual block to my model in Fusion in any easy way? =) 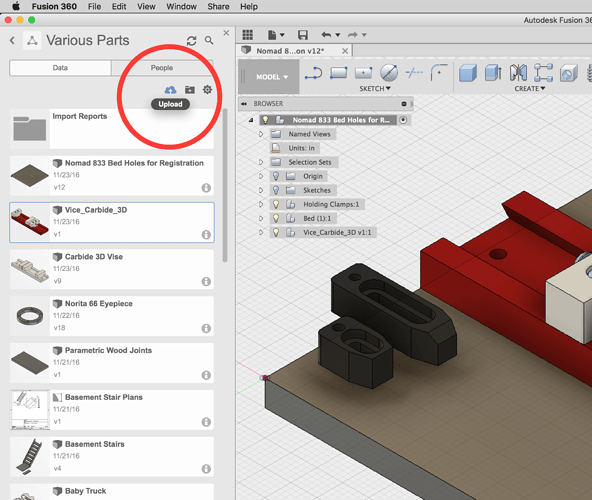 then, once in your library, use the Insert into Current Design to place it into where you need it. 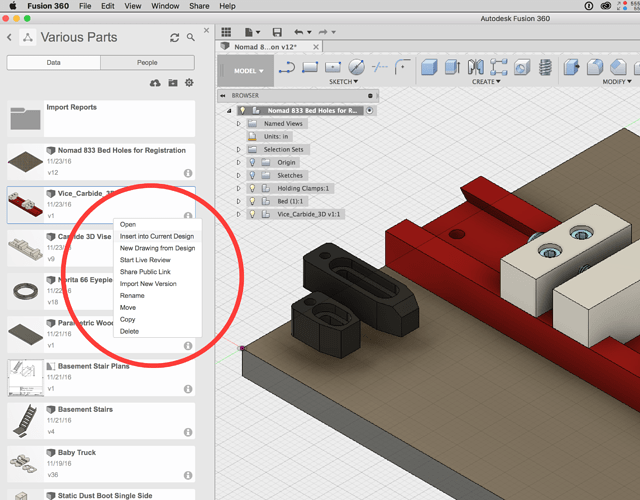 @patofoto do you have your sea of holes model to share? And if anyone has the flip jig modeled, that would be awesome to have too.

@csader I certainly can share both. I have the sea of holes from high-tech systems and the low profile vise from Carbide3D. They are both inside a Fusion 360 project. What format do you need? 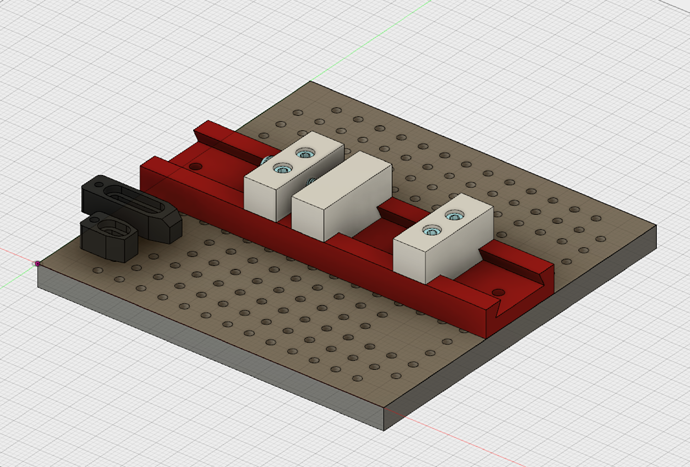 Not sure what formats best for using in CAM. Maybe just the .f3d?

I have omitted holes from the bed that I don’t use for work holding. I wanted to see very clearly where I had holes available that I could use. Let me know if you need help with anything.

Thank you to everyone who shared the files! It is most appreciated!