Chattering, Shuddering and Snap! Oh My! My Adventures in Trying to Cut Aluminum

So, I have cut 1/4" 6061-T651 plate aluminum with a 30deg V-bit and a cheap 1/8" single flute cutter, and it went okay. No big issues to speak of. I used 99% IPA for lubricant and blew away the chips with low pressure air. I have a misting cooler / air blast that I bought on recommendation from someone here - I forgot who, sorry.

But I am now trying to cut some simple clamps out of some 1/2" 6061-T651 plate I bought. No, I don’t need the clamps, but they are simple and I can learn how to cut aluminum on a simple part, and if they work - I have more clamps. On to the problem. I used a Kodiak 1/4" 2 flute AlTiN coated bit to cut the aluminum, and it was quite a different experience than when I cut with the 1/8" bit. My Feeds and speeds were:

After these two failures using that bit, I went back and actually looked up the feeds and speeds for aluminum. Yes, ladies and gentlemen, I am that guy who doesn’t actually look up info and learn from other peoples’ mistakes. So, now I know that I should definitely slow down my plunge (it did seem a tad bit fast) and slow down the feed a bit, I can finally get to my question:

Is the $40 single flute Carbide (or Amana) bit worth it? I mean, the crappy $15 two flute bit was terrible, and when you see the pics, I think you’ll agree, and the cheap (About $1/ea)1 flute 1/8" bits I used worked great, so - Who has used a crappy bit and then switched to one of the “made for aluminum” single flute bits and thought it was totally worth the cost. Because if it is worth it, I’ll buy it, but if it is like “Yeah, it was better, but. . .” then maybe I’ll work on other things.

EDIT: The reason for the “Snap” was I tried one more bit, but it was an “extra long” bit and it chattered really bad - like a lot more than the stub bit I used the first time, and then it snapped. Something I was not expecting. And it also damaged my collet - something I did not think possible. So, now I have a new 1/4" ER-11 collet on order.

On to the horror show. Here’s the bit I used: 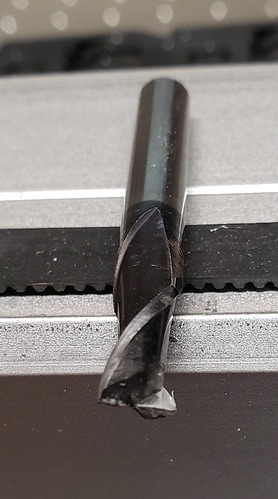 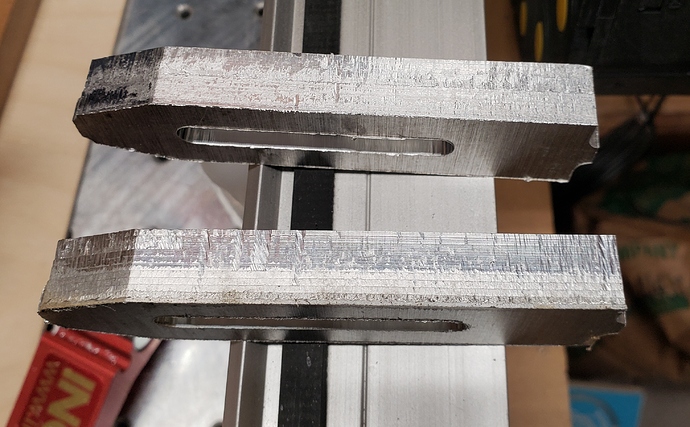 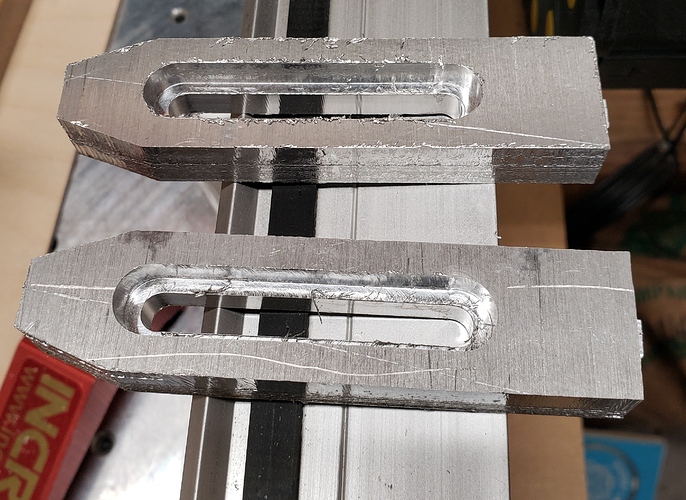 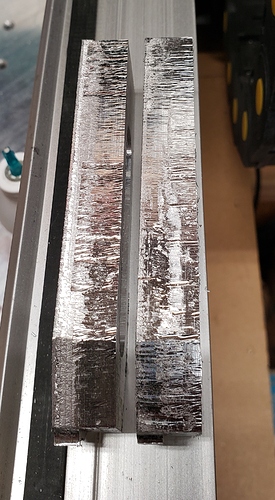 On another note, after using my disc sander with 60 (or 80) grit (I can’t remember) and putting them in a vibratory cleaner with some abrasive impregnated plastic pyramids for polishing aluminum, they have a nice matte finish.

They still look like crap because I learned what not to do regarding the cutting and the sanding job was just a quick clean-up to get rid of the ugliness. I am still going to clean them up a bit more before I throw them back into the vibratory cleaner to go at it again. If the part is sanded to120-220 it should look nice, but where the aggressive sanding disc striations were missed with the 120 grit belt sander, it still looks ugly. 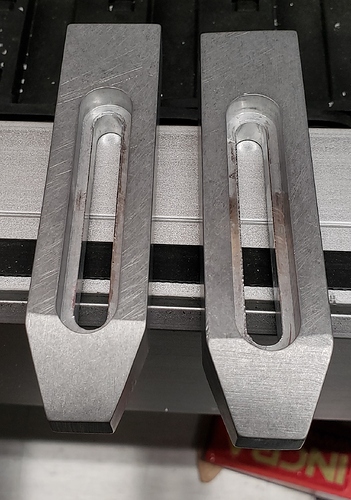 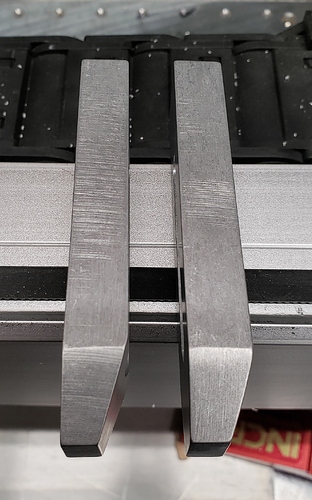 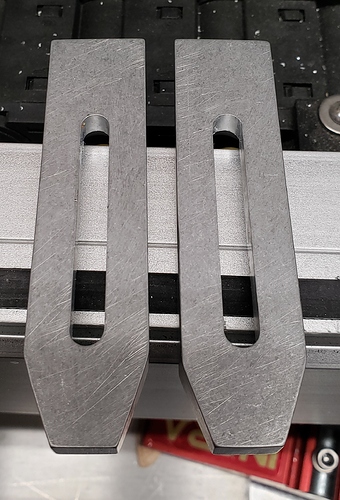 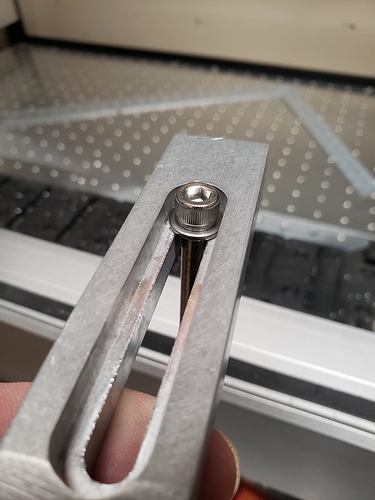 I cut almost exclusively aluminum and I only use Amana or Carbide 3D ZrN coated single flutes. From experience, I can say it is the most reliable way to cut without having to be absolutely perfect with your tool pathing and feeds & speeds. Winston explains why single flutes are a really good option for desktop class CNC’s when cutting aluminum.


The short explanation is this:

Cutting the shiny stuff is very doable on the Shapeoko 3, there is just limited room for error. I avoid slotting at almost all cost and make heavy use of adaptive tool paths. If you break a tool while cutting aluminum, I can almost guarantee it was because of chip welding. @Vince.Fab made a video over on NYC CNC that is longer but is also very good:

Part of your initial problem may be that AlTiN coatings are not recommended for aluminum, due to the aluminum present in the coating, it leads to an increased chance of self welding… But i have no direct experience with this phenomena, just what i have been advised…

I realized that I missed it when you said that the cheap 1/8th single flutes worked great for you.

If it is working well, keep doing it. I push my machine pretty hard and I have found that the cheap single flutes break too easily for me. I get excellent life out of ZrN coated tools which justifies the cost for me.

Thanks for that! Somehow I missed that video. I’ll have to watch it tomorrow.