Cityscape of Portland OR

One of the things I wanted to create that made by buy my shapeoko was landscapes. I started small with volcanoes, but after a while I did a geographic map of the area around my house (Red Pin Terrain carve) and a big volcano landscape (The three volcanoes of N Oregon and S Washington)

Some time later… two things happened. @ColdCoffee showed us how to do topographic maps (Topographic Map Advice) and … I moved house.

Unfortunately, my new house is not on a hill (well it’s a good thing, just not for carving) so clearly I had to figure how to up my game.

Results are not too bad, although the pictures below are from the second attempt at this; the first attempt failed when the wallnut slab started bowing itself loose from the tape while being cut… right in front of my eyes. MDF is not as nice (it cuts faster but does not hold detail well, I lost some buildings due to tear out)
Details like the sports stadium came out quite nicely as did the parts of downtown that made the cut. Our house and even our garage are visible (and ripe to stick a red pin in) 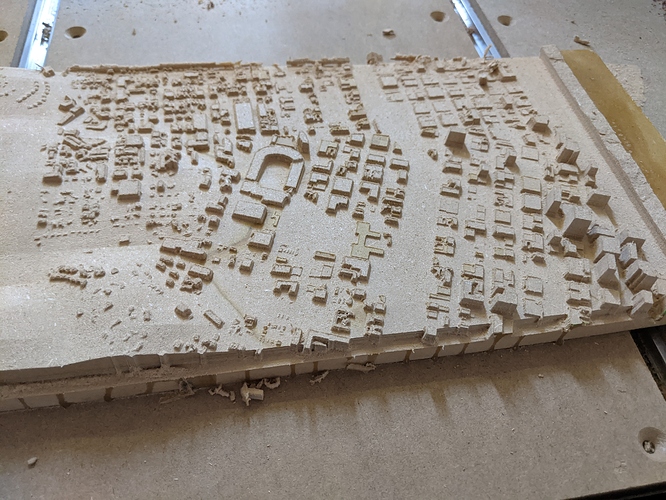 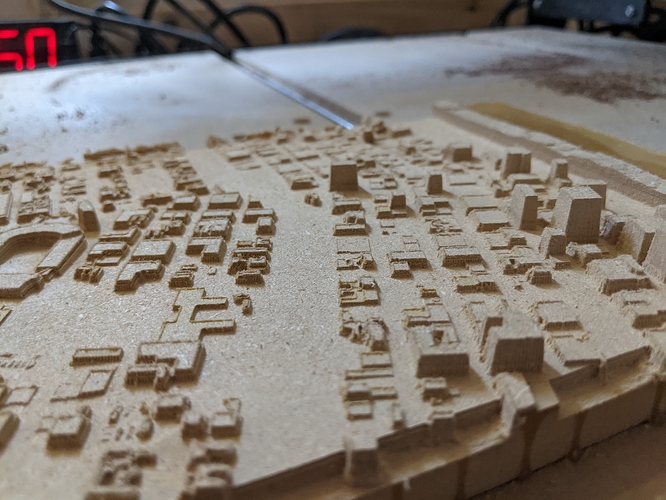 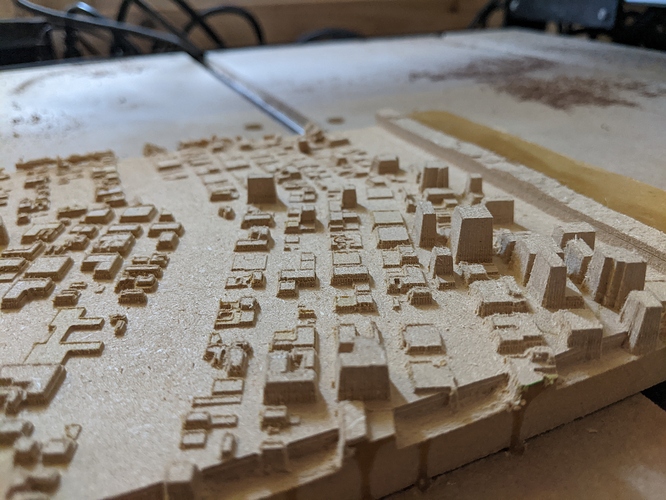 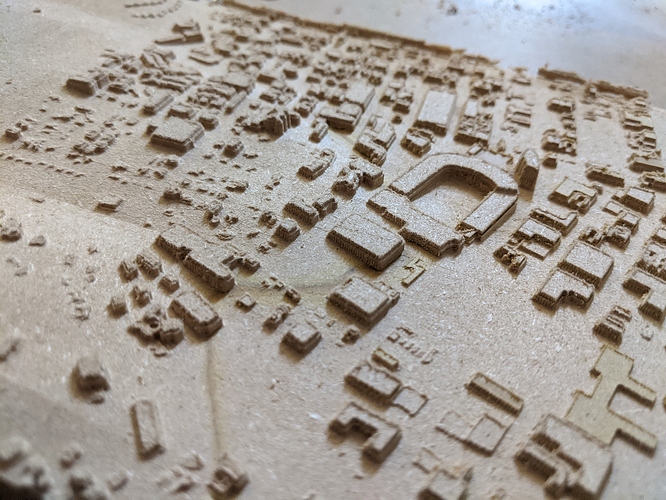 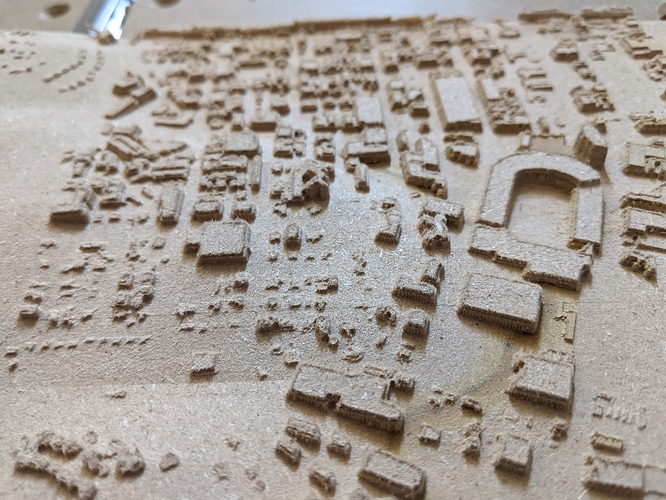 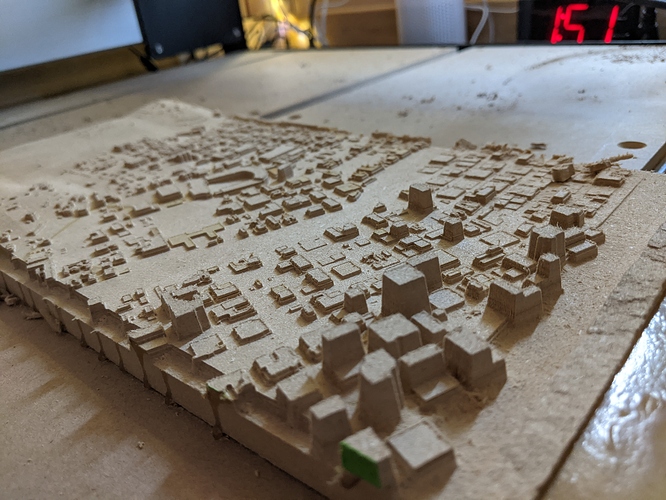 Where’d you get the data/heightmap/stl?

I basically followed the steps from https://www.youtube.com/watch?v=YNtKnmRXVlo

I’ve installed on like 5 separate computers, bit I haven’t had the time to start learning it yet. Someday.

But, where’s Voodoo Donuts on the cityscape?

[Inside joke for people from Oregon]