How to do engine turning with Carbide create

Has anyone tried using Carbide create to do some engine turning? Haven’t tried it yet but just thinking how would you create the toolpath?

Thanks for any assistance.

“Turning” as in “on a lathe” ? What machine would you use ?
It’s not going to be easy or convenient to use Carbide Create for turning ops.
You could generate 2D profile toolpaths in an XY plane, but when using a lathe you will want to take multiple passes with a small radial stepover, and CC profile/pocketing toolpaths are not convenient to do that (it was obviously not designed with that capability in mind

I have used a Shapeoko for basic turning, using Fusion360 turning toolpath capability and some extra hacking:

Some progress tonight. I modeled a random test piece in Fusion360, and modeled one of my cutters (60degree…thingy, gosh I need to learn yet another lingo) [image] Using my hacked FANUC post, I generated the turning toolpath, which revealed: that GRBL does not speak turning langage (of course it doesn’t…) so I had to comment out a number of lines like O1001, G98, G50, G28 U0, G99, G96, G97…who needs those anyway (just joking, I did go and learn what they do, and confirmed I should removed …

I tried for the “texture” contest, but I wasn’t happy with my quick test (too small).

@Kholzschuh1 what are you going to use for an “end mill”. I tried a little Dremel sanding stone.

“Engine turning” is a surface finish, also called Jeweling. It was popular from the 1920’s to 1960’s, in particular for aluminum panels like auto dashboards.

allright, I made a fool of myself, thanks guys, I learned new English words !

The name really makes no sense, but that is what it is. English is such an illogical cluster that native speakers have trouble

If memory serves @RichCournoyer did something along these lines.

I find that the spindle is a little too fast, but here is something I did about 18 months ago on the Shapeoko3 I hot glued a 3M Scotchbrite to the head of a 1/4-20 flathead screw, and then a piece of 120 grit paper to the Scotchbride (This acted a cushion/spring). I placed the screw (thread) into the 1/4 collet [IMG_8104]

Perhaps @Julien would have recognized what you meant had you used the French word, Guilloché:

Would any of you happen to know of a good Guilloché/Spirograph pattern generator, that can output a vector file, not a bitmap ? I spent way too much time googling around, tried ten different things, none hit me as remotely usable, and this left me with a weird feeling that Guilloché-based CNC was a thing circa 2010, and everyone lost interest afterwards. I want to try V-carving some generated designs (you’re welcome to borrow the idea for the contest if you want), but I want to come up with so…

which I’ve been doing a bit of research into:

Books on turning and so forth

Anyone ever encounter the series: Turning and Mechanical Manipulation by Charles Holtzapffel Vol. 1: Materials, Their Choice, Preparation and Various Modes of Working Them Vol. 2: Holtzapffel’s Construction, Action & Application of Cutting Tools Vol. 3: Abrasive and Other Processes Not Accomplished With Cutting Tools In the public domain scans are available in various formats at: https://archive.org/details/texts?and[]=Turning+and+Mechanical+Manipulation&sin= The series was suggested be…

Separated by a common language.

You could try inserting a steel or brass brush in the router. Depending on diameter of round brush pretend to cut shallow pockets a few thousands larger than diameter of brush. So if one inch brush have center of pocket 3/4 inch apart. The trick would be to get cc to sequence holes in order to get consistent overlap which is key to jeweling.

I made a fool of myself,

Apparently, you and I both.
I thought it was a reference to milling a " Block" with radial lathe motion on the ShapeOko with the use of a Lathe. When instead the reference was to " Surface Jeweling".

Engine turning or jeweling as some people refer to it is a process of putting a pattern on metal usually with a scotch brite pad or similar abrasive. The idea is spindle with pad comes down then up the moves 1/2” or so and repeats.

I haven’t tried anything yet but was thinking just a scotch brite disc like you’d use in a air grinder. They have 1/4” shanks and if i turn my spindle as slow as possible i think it could work. Just don’t want to have to do move machine manually.

I’ll actually throw in a note to terminology here.

The origin, and in field like watchmaking still current, to a point, term for using an abrasive to form the pattern is spotting. Engine turned refers to patterns formed by a rose lathe (a turning engine).

In most places, there isn’t a distinction these days, and engine turned refers to the jeweled pattern no matter how made.

A reference to Guilloché is probably going to be to a rose lathe produced pattern, a true engine-turned pattern- but not necessarily.

I went down a rabbit hole in my library after I got done with meetings-from-the-audio-aquarium today (20 to 30 participants with no one muting their mikes, some on even worse connections than mine… I needed a break) in response to the nagging from a corner of my brain filled in my distant past when I was in trades.

Now that I have been educated

we could still try and answer your initial question!
If you are very motivated, you may be able to do it in CC:

We want a toolpath that will just go to a position, plunge down to the surface (or a tiny bit bit lower), retract, move along X (or Y) by the pattern period, plunge down, etc…

I first tried creating a series of circles, the size of your roloc disc, overlap them in a pattern, create a fake tool the size of the disc, and create a very shallow pocketing toolpath after selecting them all. It does not work well, CC is confused by the overlapping shapes

What does work is using a series of smaller circles laid out in the same grid pattern, but small enough that they don’t overlap, then artificially use a smaller tool matching this smaller circle diameter, and create the toolpaths based on that: 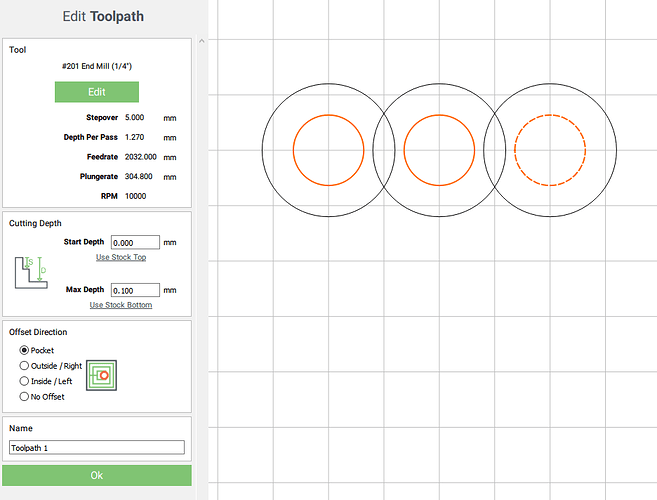 The smaller circles are a fraction larger than 1/4" (in this example) and the toolpath is setup for a 1/4" tool, and -0.1mm depth (or whatever, to barely scratch the surface)

The preview of course shows what using the selected 1/4" tool would produce:

but in reality you would be making three overlapped areas with your larger disc.

Am I making ANY sense at this point ?

Still, it would be a little tedious to create the grid of circles manually, especially for a large surface.

What the geek in me would do (which is by no means an indication of what should be done) is generating a G-code file that goes to predefined points (on a grid pattern), plunge down to Z0 and a bit more, retract, move to the next position, and so on.

I could probably write a script to do this given a few hours, or @fenrus could do it in minutes.

Julien makes sense to me. I’ve got some scrap alum in the garage so I’ll give it a try. Thanks for the help I appreciate it greatly.

Fascinating thread - turns out may be able to do it with a pencil and toothpaste!

That is a COOL video thank you for sharing. Now I feel an urge to stick a pencil/eraser in a collet and try that technique on a Shapeoko!

Here’s an example of a professional jeweling job, that I added to my pistol, but you’re not going to clamp this part into a Shapeoko easily. 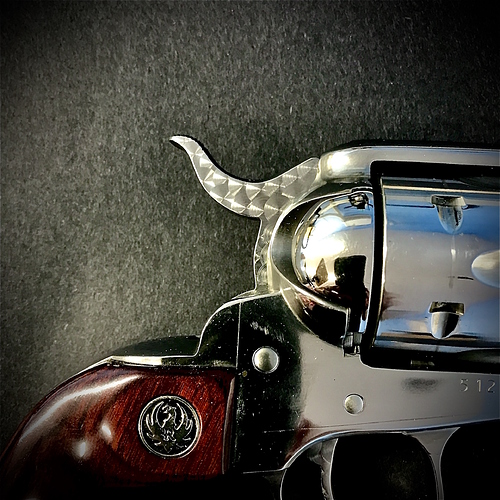 This is what I now use to apply my Engine Turing…I have made a bunch of homemade things too, but these work great. They are soft and can be made smaller easily. 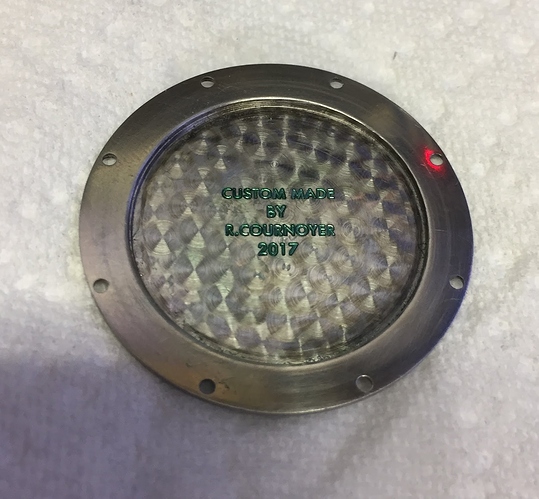 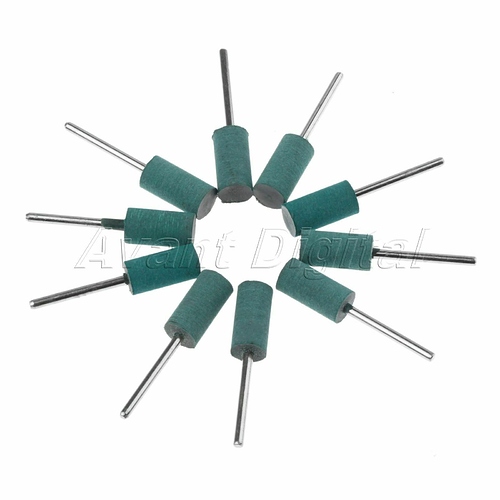