Importing an image plus other

Started CNC work about 8 months ago with a Shapeoko Pro xl, but have had a working hobby for some 50 years and segmented wood turning for about 15 years. I like Carbide Create but have had a few issues when I started some more advanced things. I would like to create some curved segments for the segmented wood turning that are not easily done otherwise. I drew a curved segment in SketchUp, printed it to scale, photographed it and saved it as an SVG file with Inkscape. When I tried to import it, a message came up saying “SVG Import error, the SVG contains embedded images, which are not supported by CC. Only the vectors are loaded”. But actually, nothing is loaded. Then I used trace image and that worked except there are two vectors side by side instead of one. I need to pick one to delete with node editing. I’ve had this happen with other images as well. Don’t know why it is occurring. Is there another way or software to get to load the image without double lines? When the image is loaded into CC it’s too large and must be resized to the actual required size. The real problem is the fact that CC doesn’t allow an image to be re-sized other than proportionally. I want to create a circular design, think clock face with 12 segments. The width and length of the segment in a circle is dependent on the radius of circle and the number of segments. it is an exact requirement to getting a complete circle. Being limited to only a proportional resizing, I cannot get the length and width I need to make the 12 segments come together in a complete circle. I can either get the correct width, which generates the incorrect length, or vice-versa. Does CC have any plans to allow a resize independently of each dimension? Is there any other software that works with CC that will allow this? Sorry for the long discussion. 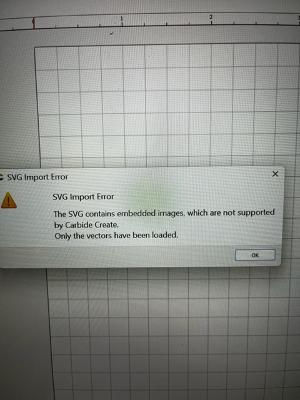 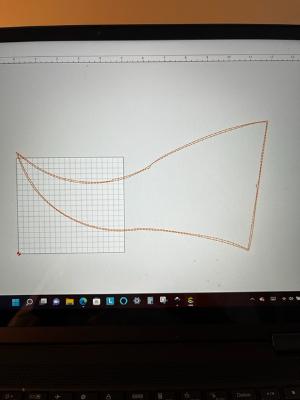 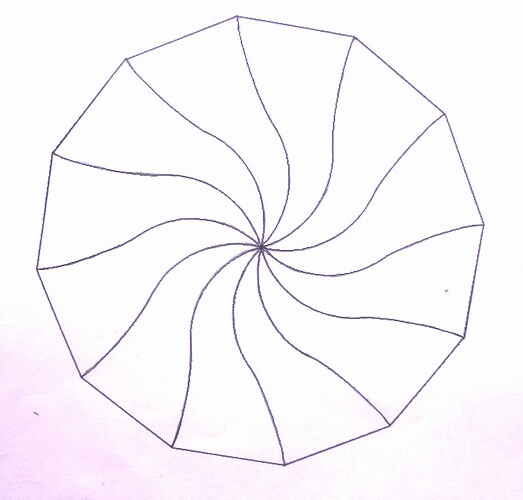 The software traces what is seen — if you have a line, then both sides will be traced — unless your software has an option for tracing along the centerline of a line.

Carbide Create doesn’t have this option:

but I believe Inkscape does.

That said, the image you posted is symmetrical and could easily by drawn by hand, see:

Does anyone know of it is possible to create wide flutes similar to what are in the photograph with vcarve pro? [image]

Having a fine grid and enabling snap to grid will help in keeping things symmetrical. Start by drawing a circle large enough to encompass anything which you will be drawing for the sake of rotating things at need: [image] Then draw a circle which aligns with the outer circle and zoom in on a small detail which relates to it: [image] The arrow/indicator for south seems to be a curved pointer — something like a portion of a lens or vesical piscis — this could be drawn using the curve tool, a…

Export from Sketchup as a .dxf. Make sure you’re in a flat top view, (and delete the person in the view)

Then just open the .dxf in CC