The physics and reality and distortions of bending metal after cutting

One distinctive form of box is the traditional steamer trunk or chest with a coopered lid, often depicted as a pirate’s treasure chest: [image] It should be possible to model one programmatically, and to then cut out the parts for the lid using Carbide Create Pro’s 3D modeling (or by using a V endmill of an appropriate angle — anyone know of a source for V endmills of arbitrary angles? Not just the 15, 30, 45, 60, 90, and 120 typically available?) …

I have a request for straps, which brings the whole question of bending metal to the fore.

@luc.onthego found a great video on this mentioned at:

I saw this video and thought of all of us who work with metal. This guy 3D prints bending tools to use in a press using a regular 3D printer with PLA filament. The tools can bend up to 10Ga steel. This could complement some milling or 3D printing activities we undertake. Two articles on the subject are referenced. The Jaw-Dropping Perks Of 3D Printed Press Brake Tooling Need a custom press brake tool? Try printing it

and I hope @themillertree will chime in.

Thus far I’ve been quite simplistic in my handling of this:

and my question is — what are the calculations and needed parameters for this? 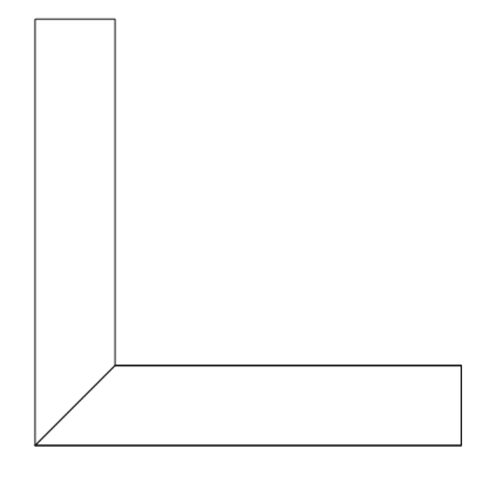 (actually cut out of angled stock, but you get the picture)

then what is the profile one needs to cut?

It can’t be the simplistic:

but how would it deviate from the:

which I described above and is what I am currently modeling?

I’m thinking as a first approximation rather than halving the thickness I divide it into thirds and round the bottom of the channel (hey! I have a BitSetter, I should use it, right?):

which when zoomed in is: 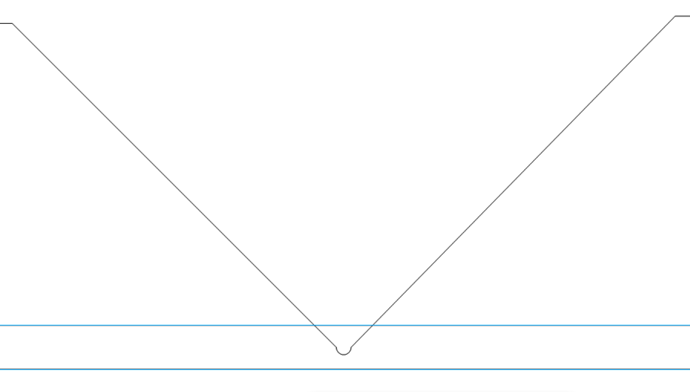 Anyone have some useful guidelines, links, or numbers?

I’m questioning your assumption to use the “midline” of the bending material.

In specifying parts to many jobbers, in my previous life making boxes and chassis components out of aluminum sheet, I always based my drawings on the following:

The material will bend around the point of contact. Any material beyond that, the thickness, will stretch and shrink to fit the final radius.

Of course, that changes some depending on the thickness, but mostly with thicker material.

My understanding is that this is actually really complicated to pull off without trial and error. I know that F360 has some tools specifically for this (and requires specifying materials, acceptable radius, and so forth), but otherwise I think this probably requires some experiments to see what’s acceptable and what isn’t.

I’m no expert but I’ve folded a number of metal parts and I used the trial and error method. Maybe someone like @Vince.Fab may provide better info.

I typically use a “K factor” to calculate my developed length. This factor is dependent on material type, bending style, and radius of bend. Here is a good article describing this K-factor.
For example: For mild steel, I start with a K-factor of 0.375, up to a 0.5" inside radius using an air bending style. For a bottom bending style, the K-factor goes to about 0.4 to 0.45, and for coining, a 0.5 K-factor usually gives good results.
Unless you are trying to hold +/-0.005" for your bend lengths, I would just use a 0.5 K factor.
You need to have a general idea of your radius, and I’m assuming you will be bending these by hand?
As far your V cut, what you have looks great. The little radius you have at the bottom of your V is a bend relief, this needs to be about 1/2" of your material thickness for the diameter.
Here is a quick Solidworks model showing the relief in the corner: 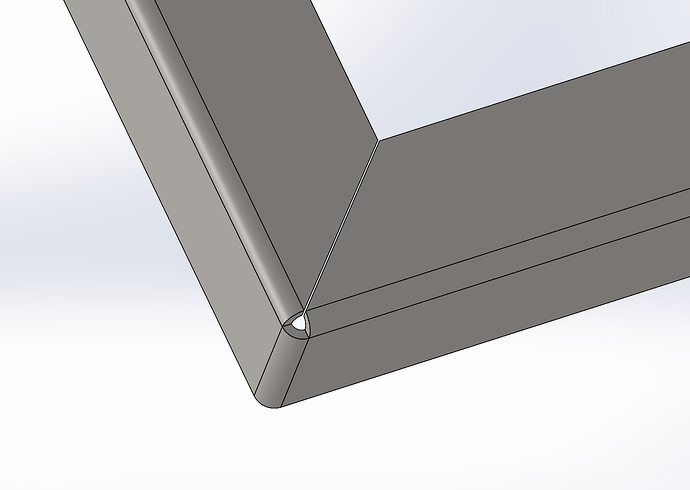 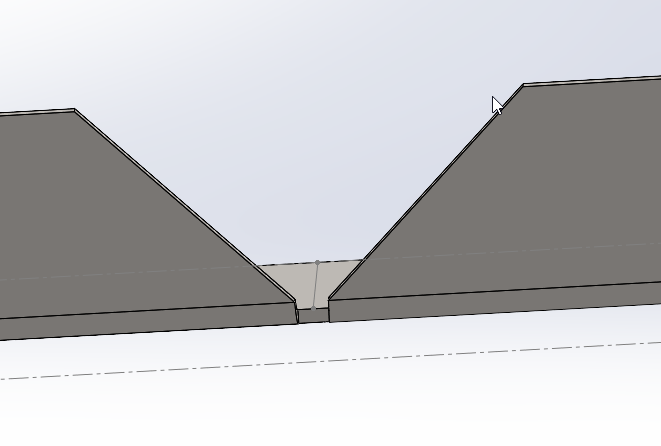 Thanks! That helps a lot (I’d found that article, but your post helps put it in context).

The way I’ll be modeling this will be to do ends which overlap in the 3D model: 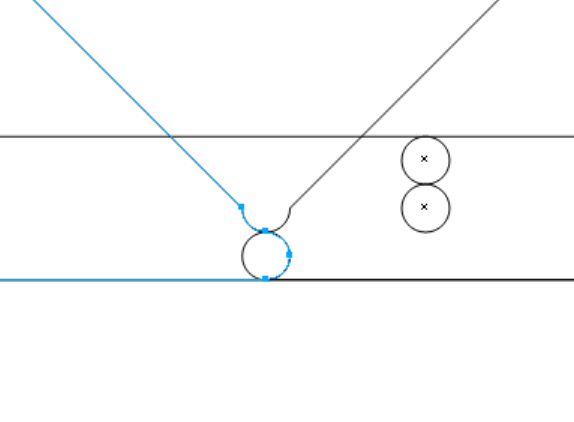 (and instituting a check for a 90 degree angle so that that doesn’t happen at the ends).

Yes, the bending will presumably happen by hand — the big thing is, when I start from the front I want it to end up at the right position at the back.

Glad I could help some.
I would make your 90° cut .005 offset to allow for some interference when you make the bend. Here is a quick sketch assuming material is 0.060" THK. 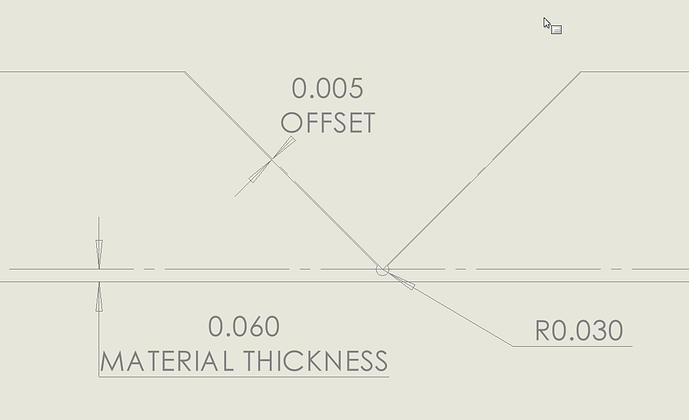 Also… https://www.youtube.com/watch?v=FyXpCPVOr8s
Because we all need a little “This Old Tony” in our lives.

I think I just found one of my favorite YouTubers! Thanks for posting, that guy is hilarious!