That’s when I started working on a Christmas present for my girlfriend. I decided to make her a trivet using inspiration and directions from this, this and this. I have never made a trivet before or used epoxy so this was going to be a bit of a challenge to get done in 2 weeks but I did it.

She likes Harry Potter so I made a Slytherin themed one because that’s her house. That meant 2 different colors had to be poured

This is the first section cut out which will be green 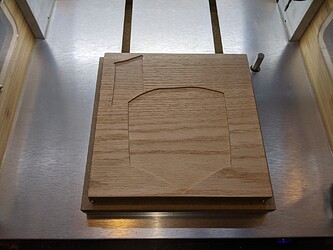 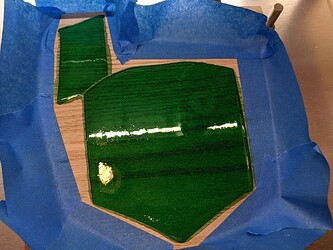 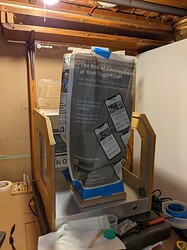 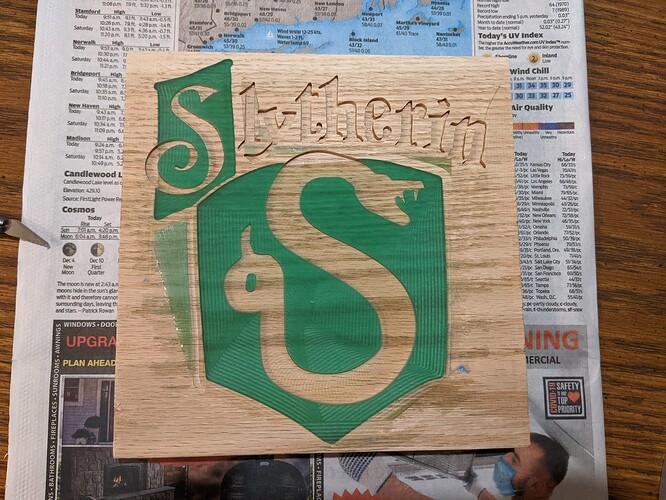 Next was to pour the black 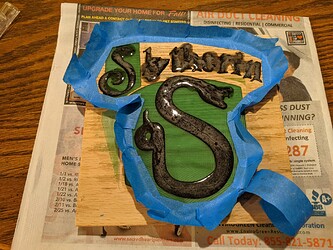 Here it is with the epoxy faced off 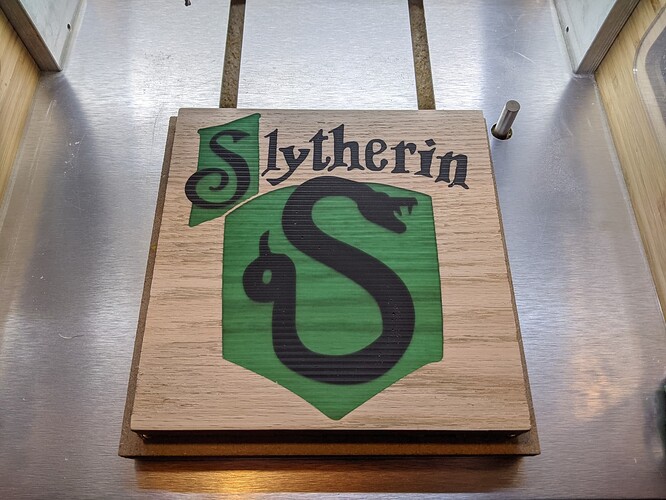 And here it is finished with polyurethane 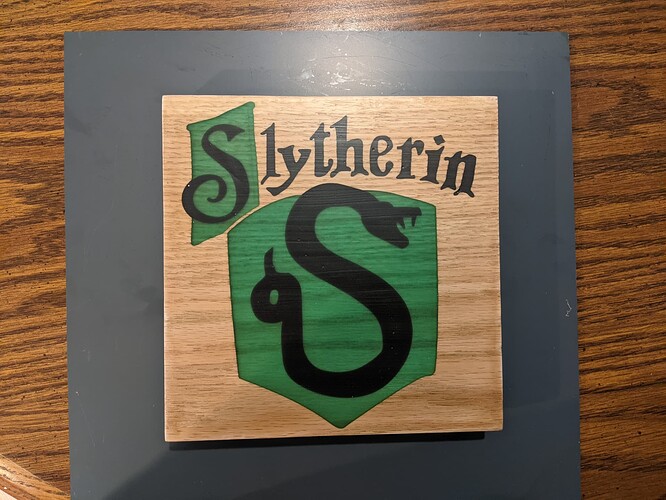 After facing off the epoxy I had the bright idea of making another one since I still had time. Since she also likes the New York Rangers I thought why not, the first one went smooth lets try it again

The next one did not go as easy but still came out great in the end. Everything was the same as before but I didn’t mix enough epoxy for the blue so it came out a little low when it dried and filling the small border around the edge was a pain and also went a little low. This time I left it in the machine the whole time and there was a lot less bubbles 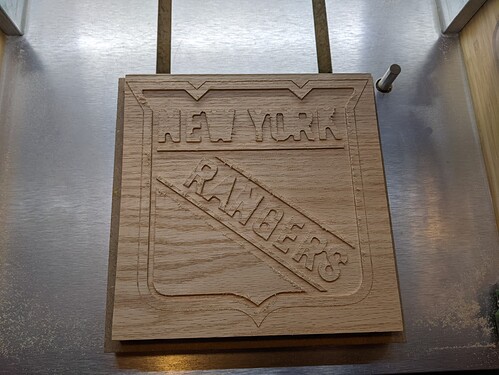 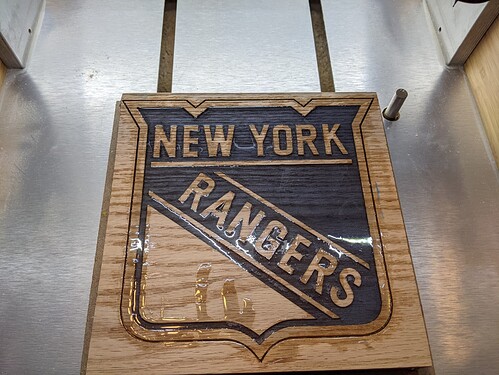 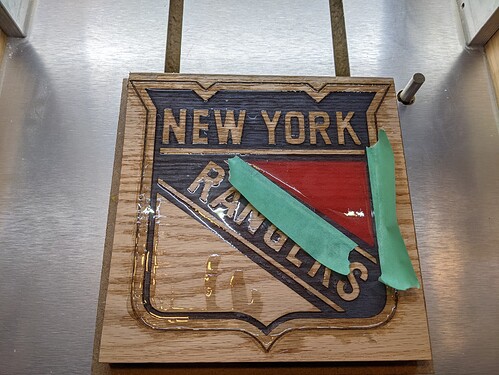 You can see here I cut the red epoxy a little too early but I couldn’t wait any longer. It all worked out in the end though 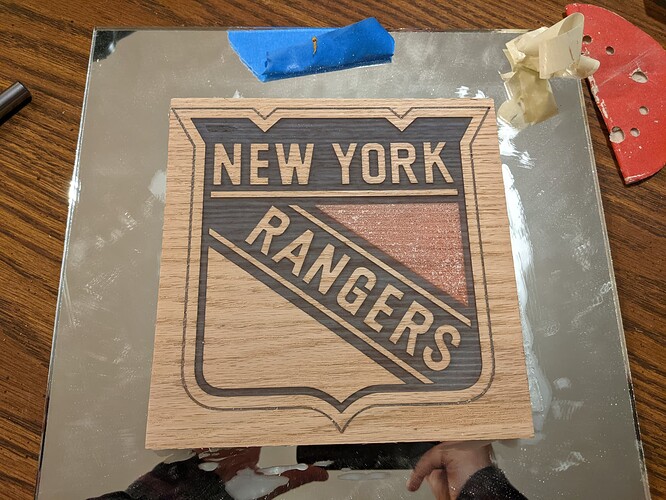 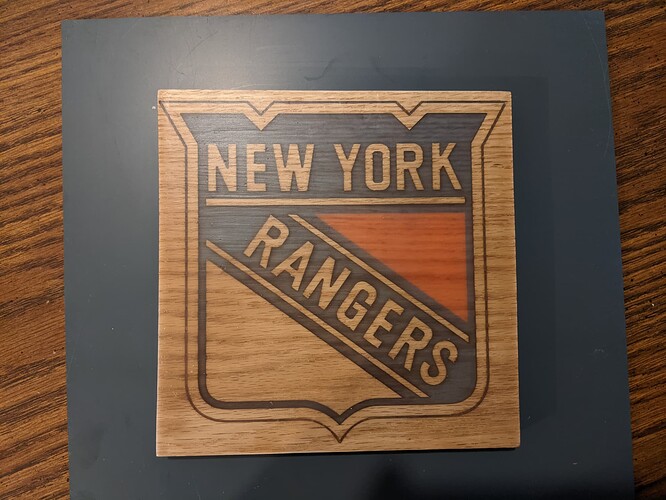 Everything was programmed with Mastercam and cut on a Nomad 3

Nice job! I am sure she was happy with them!

Yes, she loves them!

Great execution, they turned out awesome!