Why is higher rpm better?

I’m kinda new to this whole machining thing, so I hope you can correct my dumb assumptions.

Why is higher rpm better? I’ve been doing a lot of research on speeds and feeds for aluminum on a Shapeoko and something odd I’ve found is that people run their spindles at really high speeds for rather large tools.
For example, @Vince.Fab says that he runs his spindle at 20-24k rpm. However, from a bunch of articles I’ve read, it seems that sfm is directly proportional to rpm and diameter. Some sources say that if your rpm is above the rated sfm of a material, you could generate excess heat and wear down your tool quickly. According to surfaceFeetPerMinute = rpm * cutterDiameter * pi/12, if you were to run a 0.25 in diameter endmill at 20k rpm, the surface speed would be around 1300 sfm. That is around 4 times the rated surface speed of 6061 T6 aluminum, 330 sfm (!?!). I’m confused. What am I missing here?

Thanks for the reply!
Oh, that makes a lot of sense. Still though, that’s really fast compared to the rated surface speed. Wouldn’t the heat buildup be quite large? How do you deal with that, if its a problem? How is tool wear not an issue? Also I’ve done other research that says that smaller chips are harder for the cutter to cut, since they require the tool to be sharper, and when a cutter is dull and pushed to cut smaller chips it’ll start to rub instead of cut. Wouldn’t this also cause weird forces?.

if your rpm is above the rated sfm of a material

You have to remember that the router bit is not stationary like a drill bit. You are moving those sfm’s along the toolpath.

Wouldn’t considering the feed rate only increase the surface speed? And since the edge of the router bit is probably moving way much faster than the feed rate, wouldn’t the feed rate be much smaller in comparison?

When setting SFM for milling, the feed rate is generally not significant. For milling with the side of the tool, the RPM and the tool diameter determine the SFM.

The actual SFM is slightly reduced when climd cutting, and slightly increased when conventional cutting, but the change is small. At a feed of 2000mm./min (80 inches/min)the change in SFM is 2m/min (7ft/min). With a tool speed of 100m/min (300ft/min), for example a 1/4" tool at 5000RPM, this is only a few percent change, and, in practice, unimportant. At higher speeds, it is less important yet

Tool wear IS an issue, but carbide tooling tends to be quite sharp and stay quite sharp when used appropriately.

EDIT: tool speed- I dropped pi in my head

b/c either moar rpm or rigidity will make for a better/ more capable machine.

and rpm is an easier goal to achieve in these machines

With a higher rpm aren’t you just making dust at some point? If you turn the feedrate up with the rpm, you’re still increasing the load on the machine. Why not just increase the depth of cut to dissipate heat better, move more material, and make use of more of the tool?

The struggle is real, to make sense of all the physics and rules and opinions that float around, especially since some of it can be very true on large industrial CNC machines, and not so true on a Shapeoko (rigidity-limited as @PaulAlfaro said)

While I absolutely do not claim to have sorted it out (faaaar from it, I’m still years behind the masters, but they don’t share their secrets easily), I went through the same process of questioning everything, bored people to death here in looong threads about whether chipload matters a lot or not, etc…and then I documented what I felt was a reasonable consensus here. I’m not sure it will make sense to you, but I thought I would mention it. Near the end there is a part about cutting forces and torque and RPM, and a link to @gmack’s excellent spreadsheet that you will definitely want to look into if you are interested in the analytical aspects of determining optimal feeds and speeds for a given situation, on a Shapeoko, with a given router/spindle.

It all comes down to material properties at temperature, it dictates everything in cutting metal specifically. You want to elevate the temperature of the cut as much as possible because all metals get softer at hotter temperatures. (e.g. blacksmiths) As the cutter moves through the material, the material is being deformed as it turns into a chip, which rapidly increases it’s temperature, making it softer and the cutting easier. In aluminum, you almost can’t cut fast in terms of surface footage of the cutter until you get to really high end machines or use large (+2" diameter) tooling. In various steels, your speed gets limited by the binder in carbide inserts which starts fail at like 1300F if i remember correctly. The purpose of coolant is really to keep the insert cool and not the metal. In nickel based super alloys, the reason those are so terrible to cut is the same reason us humans use them turbomachinery/jet engines/etc; they retain strength well into the temperature range so you end up cutting hard material all the time instead of getting a weaker material locally as the chip forms. This is the reason ceramic tooling became a thing; unlike carbide that breaks down at ~1300F, ceramic doesn’t care about anything until like 3,000F at which point anything metallic is probably a liquid.

Think about things in terms of metals getting weaker as they get hotter balanced against how carbide breaks down and you’ll understand why all these metals have different surface footage requirements. 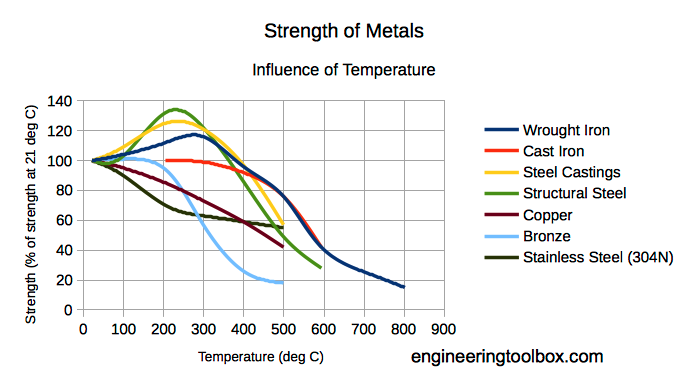 If you can cut something or cut something half as strong, pick the less strong thing…up to the point your tooling gets too hot and gets weak as well.

Ohhhh and sometimes you can “outrun” chatter. It’s a vibration thing.

If you had enough (twice as much) spindle power, you should be able to double your MRR with a 1/4 inch endmill without increasing torque/force.

1.2kw wasn’t quite enough. Water cooled was a hassle because that sucker produced a ton of heat.

I hadn’t “heard” that before. Can you provide sources/references?

We discussed the concept of SFM in an earlier post I last year. The consensus we came to and that I agree with upon further review is that SFM doesn’t really matter for CNC router milling. The origins of SFM came about with perhaps roots in thermal heat generation and metal melting points but no one has a good story and they don’t seem to matter. What matters more is the chipload, as that is proportional to the heat generated since that is how much material you are removing per cut. With CNC companies like Datron, PocketNC, and Kern milling aluminum on 50k spindles, we can certainly do it with 30k routers.

The only thing to be aware of is that at higher SFMs, you do generate more heat and misting some IPA/H2O helps alleviate that and provide lubrication to evacuate chips more effectively.

Now That is a well written explanation.

SFM is optimal material removal rate for best possible finish. Cutting metals at all on a tabletop CNC router means breaking all the rules though, because the machines are flexible and don’t have a lot of inertia/mass to dampen vibration or keep from chattering to extremes. High RPM kinda just cheats this away but isn’t optimal for most ideal material’s SFM.