Just finished setting up my SO3 XXL and I’m having an issue with the X axis home switch not contacting the Y2 assembly. The metal tab on the right side of the X carriage makes contact first. The machine has been squared and I’ve loosened the standoffs for the switch mount and I got the switch as close as I could, but it’s still about 1mm from making contact. Currently I’ve shimmed the Y2 assembly with a thin piece of wood, but this isn’t a permanent solution. This was discussed in a previous thread which includes photos for reference. (X Axis Homing Switch Not Touching). anybody else seen this issue? If so, how did you fix it? I’m considering elongating the holes in the bracket to which the switch is mounted to allow extra play in it. Also, I’ve double and triple checked that I have the switch mounted on the correct bracket since the X and Y home switch brackets look similar. I can mount the switch on the inside of the bracket so that the switch makes contact with the belt tensioner bracket, but that’s not how the assembly instructions indicated. Thanks for any help you can offer.

This may be of some help.

I appreciate the quick reply, but I’m I don’t have any issue with the drag chain catching the bracket or limit switch bolts.

Some folks swap the switch from one side to the other.

Usually you can address this by loosening the hardware in question, pulling it into a better alignment, then tightening it.

I’m having an issue with the X axis home switch not contacting the Y2 assembly.

The link I sent has photos showing that switch and where it is mounted on my machine. I think that’s what you are asking for.

Photos are attached. Yes, I can move the switch to the other side of the mounting plate, but that’s not how the assembly instructions show it’s supposed to be attached. I already tried loosening the standoffs/switch plate, but there’s still not enough play to make it contact the Y assembly before the metal tab on the front of the X carriage makes contact first. If a solution isn’t 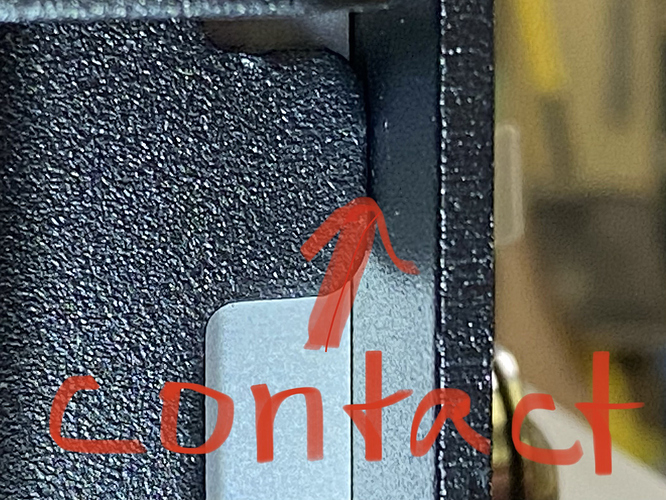 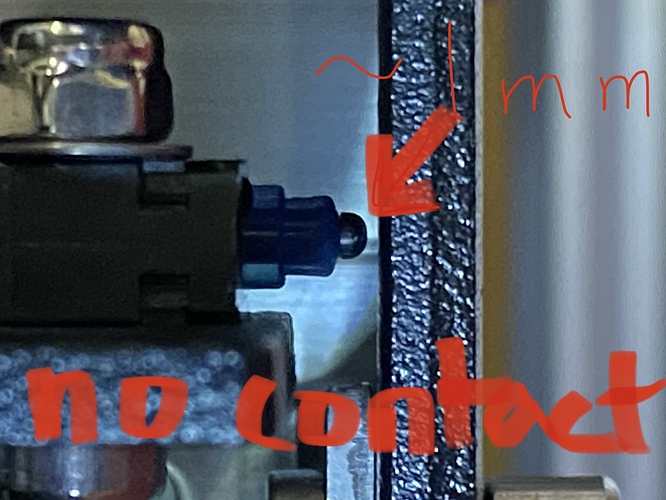 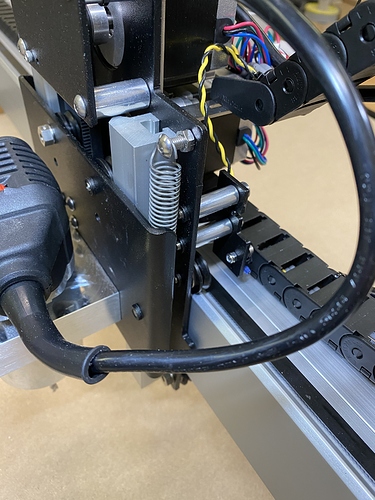 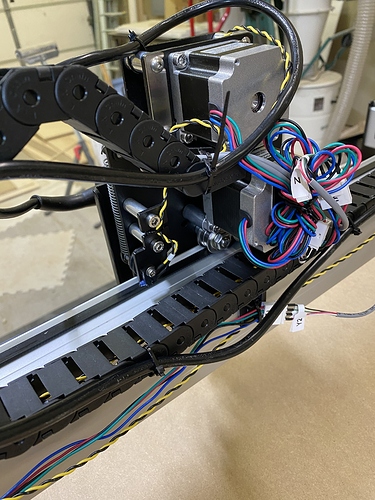 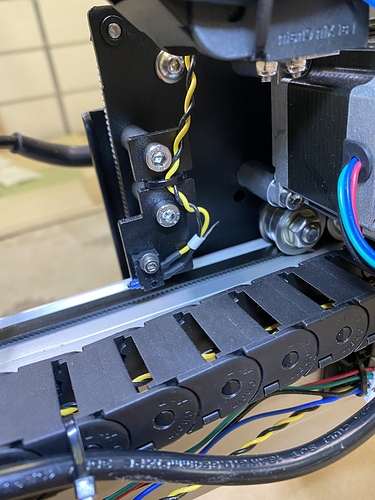 If loosening the hardware and pulling/pushing it into a better alignment doesn’t work, remove the upper bolt in the homing switch plate in the last picture and clear the powder coat out of the right side of the hole — that should allow enough adjustment to cant the lower part of the plate to the left when viewed as in the last photo.

My x axis home switch is mounted to the inside of that plate and contacts the belt lock.
.Has good clearance all around. 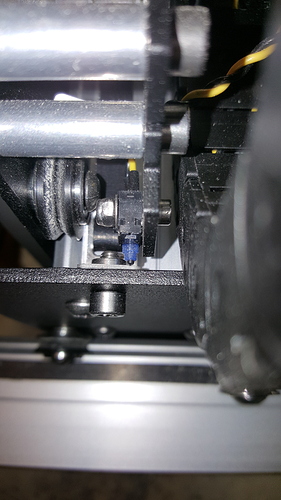 That did it. Thanks for you help