I was browsing the FB group the other day (yeah, I admit to doing that from time to time), and stumbled upon this great idea (credit goes to Kurt Greenwald) for making a custom jog box for CM (or any other G-code sender for that matter), and I liked the concept so much that I had to try it (even though I have already spent WAY too much time prototyping various flavors of jogging pendants).

The idea is: purchase a set of arcade buttons and the associated gadget that will emulate a USB joystick, and then use the excellent joytokey software to define which keystroke you want to generate when a given button is pushed. No programming, no soldering, no hacking, it’s plug and play.

I bought this (rather expensive/overkill) set, but they can be had for 10 bucks or so. 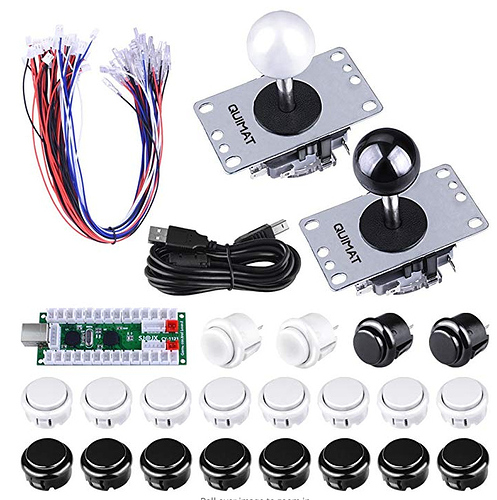 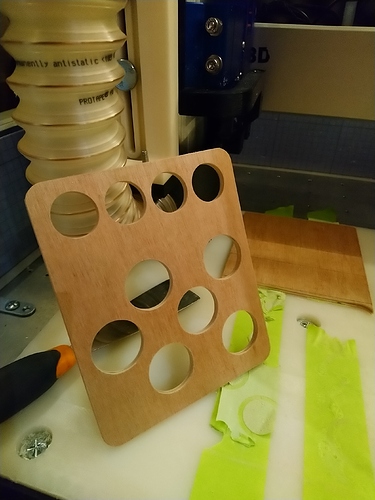 A few other plywood parts later, the jogbox prototype #1 took its place where I intend to have it: 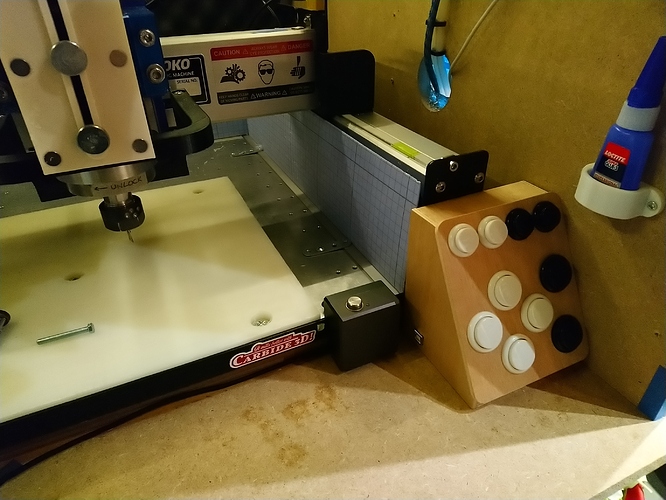 Wiring took all of 30 seconds, plugging each button into one slot of the USB stick, using the provided wires: 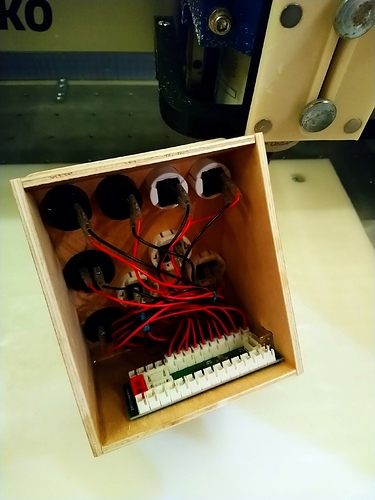 5 minutes later, I had setup a joytokey profile for Carbide Motion shortcuts: 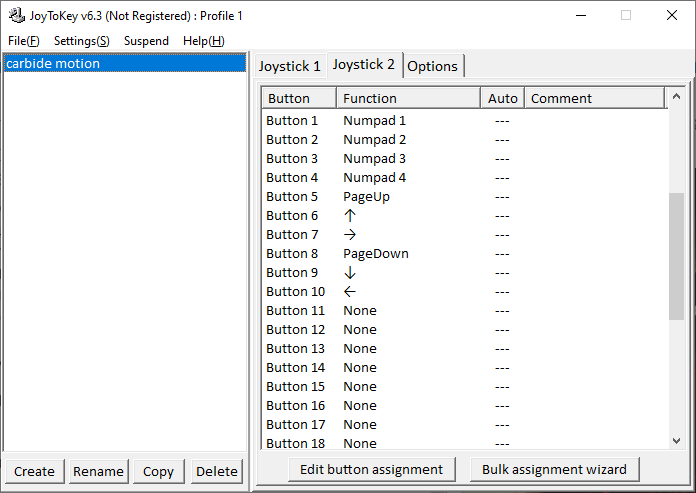 And there you have it:

Now of course, you can also buy any USB keyboard or joystick and do the same, but where’s the fun in that?

Julien,
You are a very interesting character. What do you do for a living. You come up some very interesting stuff. You answer a lot of forum questions and seem very knowledgeable about the Shapeoko. On top of all that from posts you have answered in French you are bilingual as well. We are very lucky to have you as a member.

Thanks for what you do.

Geeze… dosen’t get any simpler than that. No extra unnecessary buttons to clutter up the most useable keys.

Thank you for the kind words, I’m just a guy who decided to stop watching TV in the evening and happened to catch the Shapeoko bug

@GIban671, yes this is what I liked about this approach. For a moment I even had a crazy thought of integrating buttons into the Shapeoko’s steel plate (where the right extrusion ends). How cool would it be to have integrated jog buttons on the Shapeoko itself?

You have me all torn between using a gamepad or making one of these now!

@GIban671, yes this is what I liked about this approach. For a moment I even had a crazy thought of integrating buttons into the Shapeoko’s steel plate (where the right extrusion ends). How cool would it be to have integrated jog buttons on the Shapeoko itself?

That thought crossed my mind only I thought of using magnets and put it here, put it there, put it any where convenient.