Some folks have found it useful to reflect the webcam on a tablet/laptop down towards the keyboard, positioning a whiteboard or sketchbook or other flat object to project. Here’s a quick project for one: 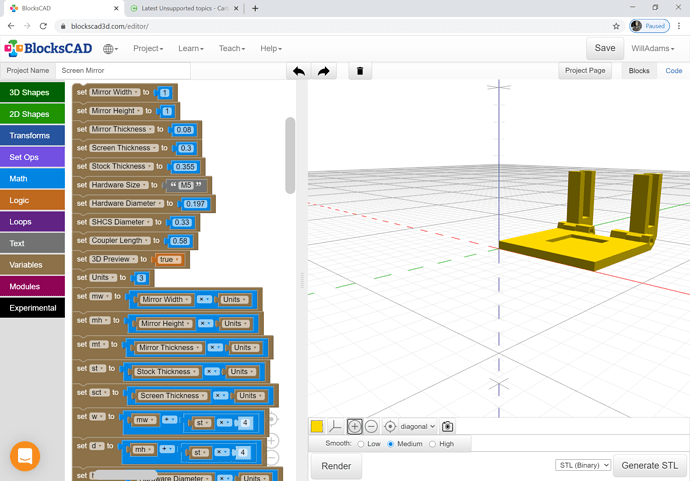 It simply needs a small mirror, two SHCSs, and a matching coupler. It’s designed to be cut on a machine, but may need either a bit of cleanup w/ a file or chisel, or cutting in multiple orientations using suitable fixtures: 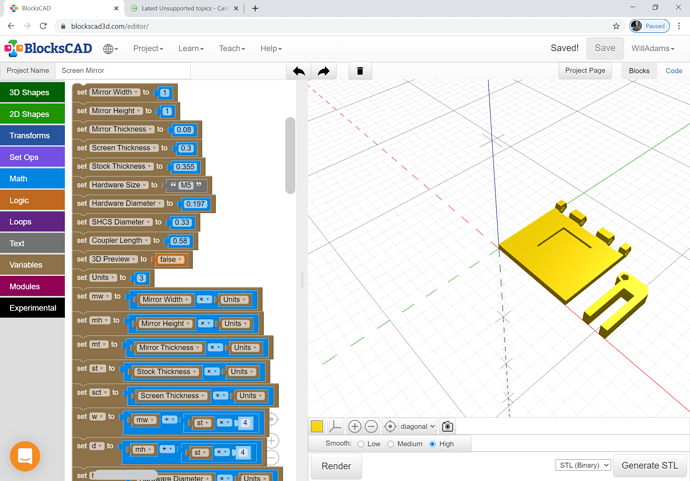 In order to make one, one need to know the thickness of the laptop lid/tablet — while tablets often include this in their specifications, laptops rarely have a separate thickness for the lid. 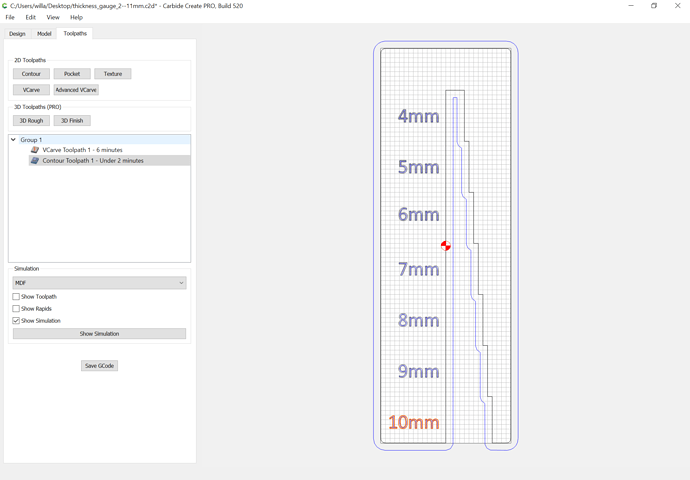 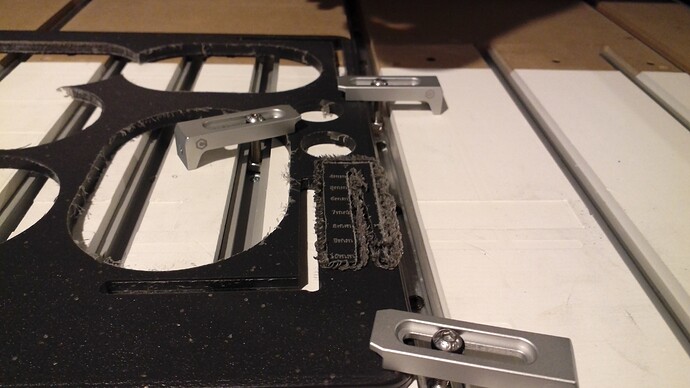 Are you going to put some white paint / chalk in those engraved calibration marks?

I was thinking silver/aluminum (I have some metal paint somewhere).

Exporting to OpenSCAD and adjusting the code a bit we arrive at: 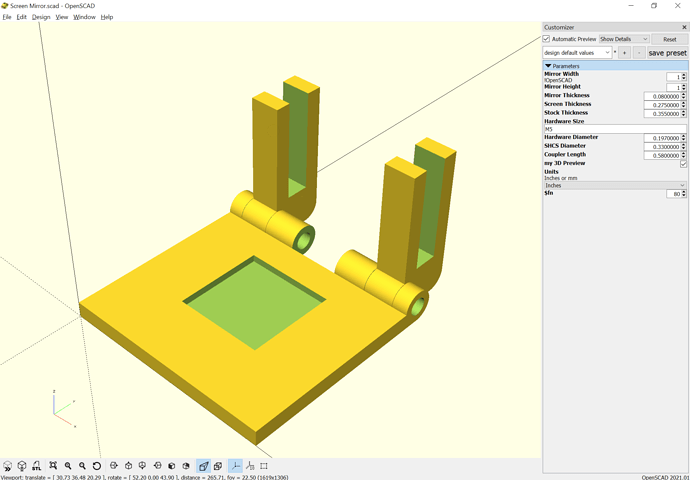 Projecting to make a file which can serve as a beginning for cutting: 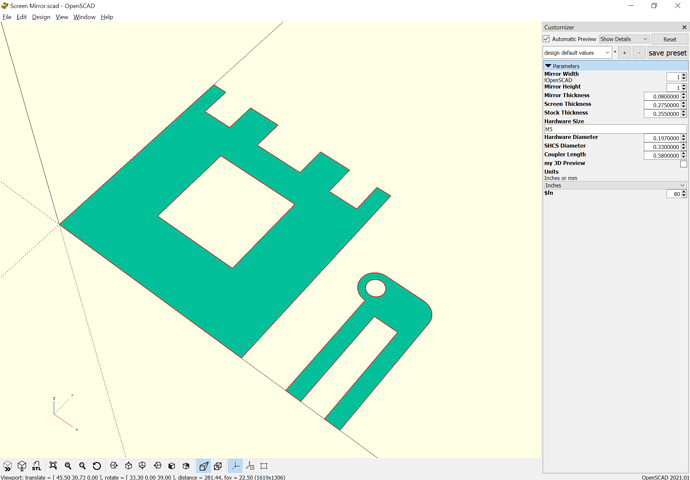 Next up is importing into Carbide Create and working out how to cut this out.

Decided on a slight adjustment to the design (will go back and modify the 3D modeling code later): 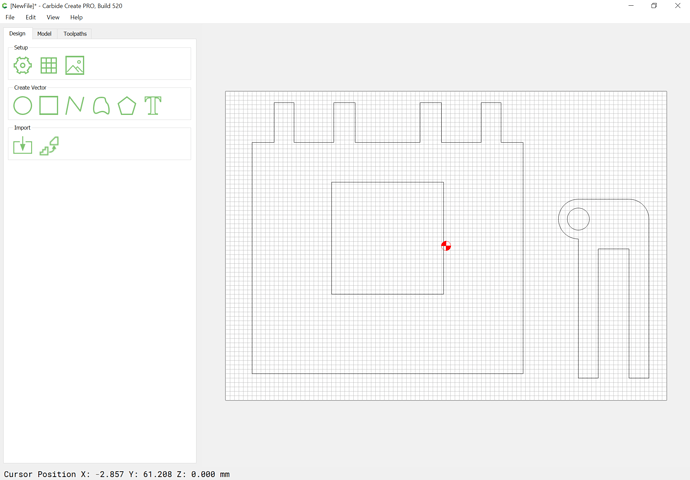 The basics of cutting things out are pretty straight-forward: 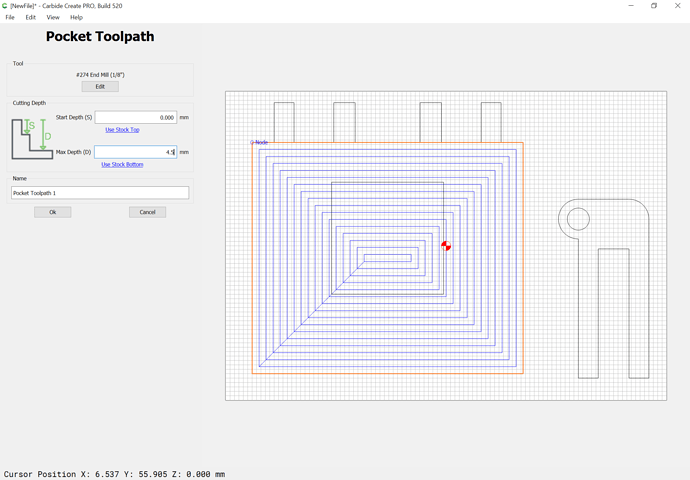 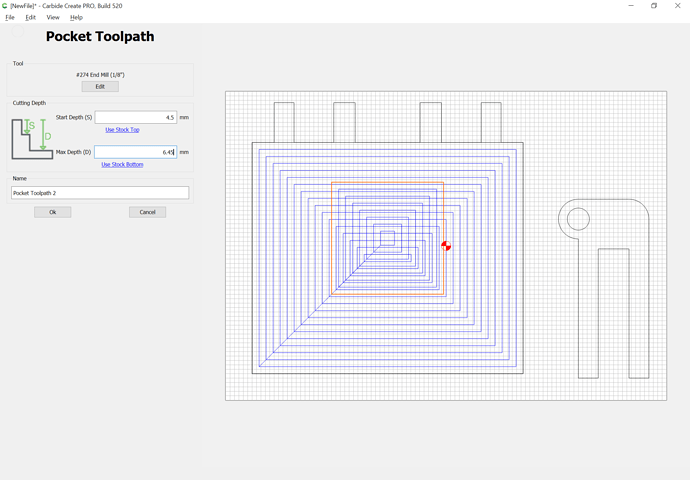 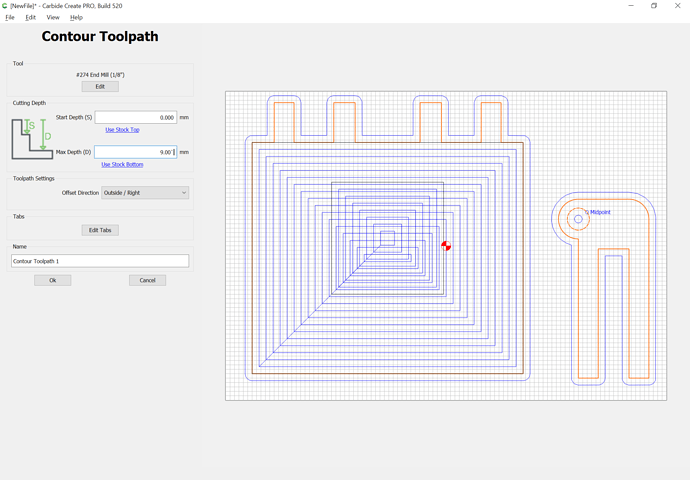 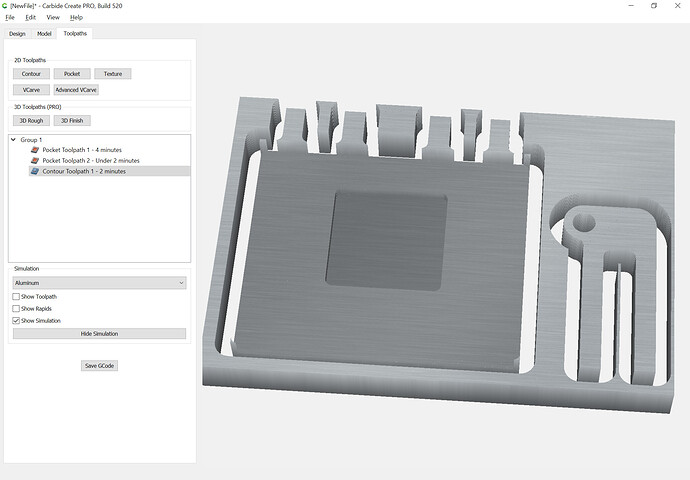 (need a bit of an adjustment there, hang on): 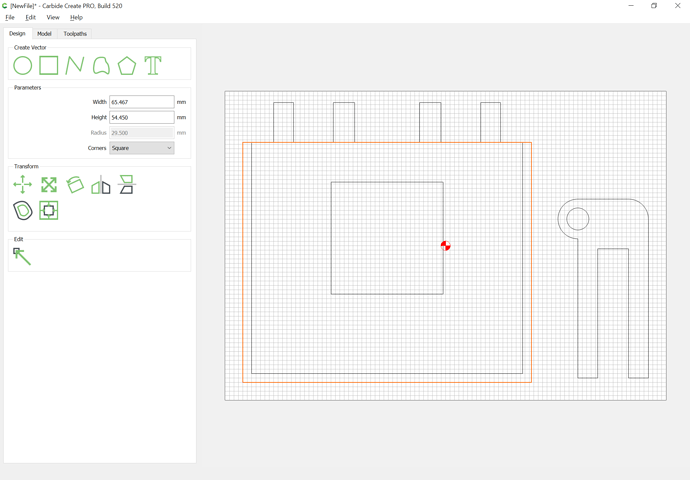 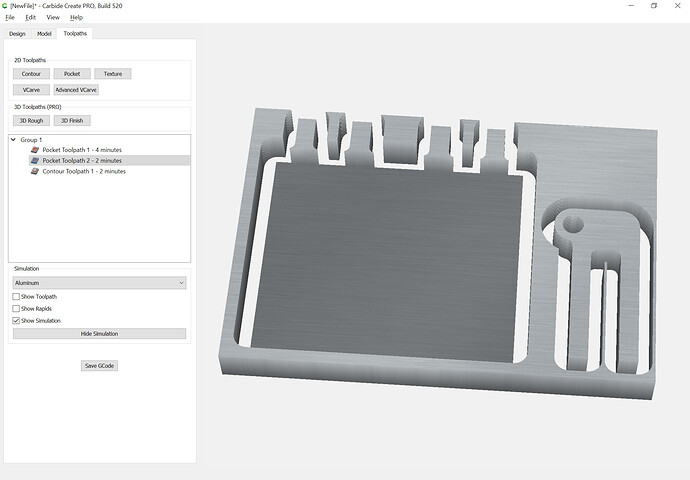 The spine of the mirror holder will need to be rounded at least enough to allow a reasonable positioning of the mirror.

There are several ways to accomplish such rounding:

Visualizing this will be easier if we rotate things to line up and draw in the geometry in register: 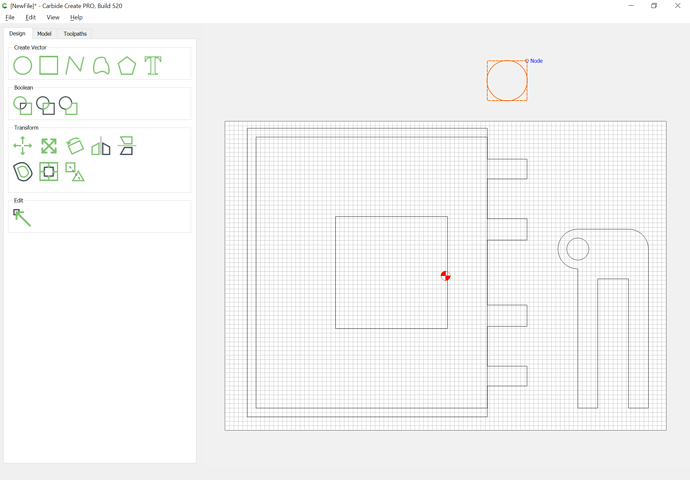 The depth per pass is 0.508 mm for a #111 ball-nosed endmill — rounding down we want a stack of 0.5mm squares to indicate the depth we will be cutting to: 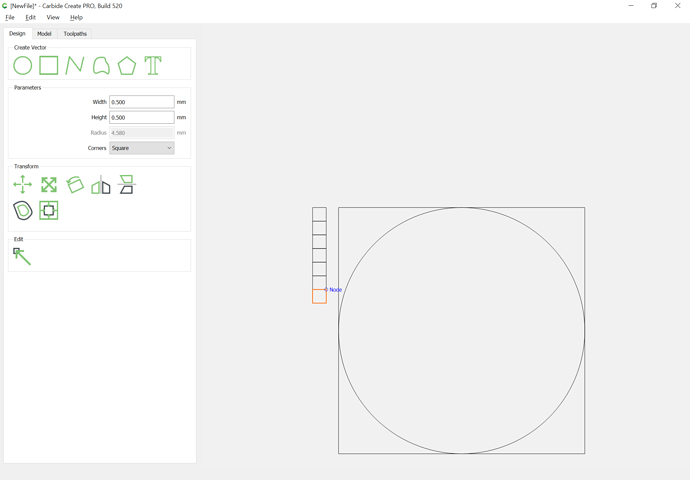 Drawing in a 1.5875mm diameter circle we align it with the bottom of the top rectangle: 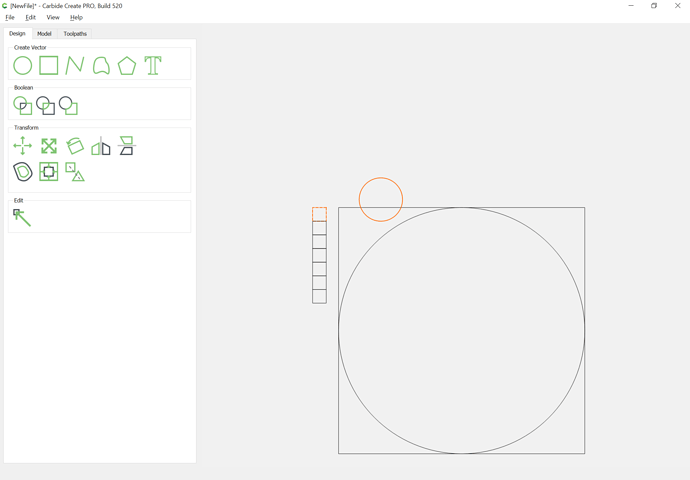 and then nudge it over until it just touches the circle which represents the desired rounding: 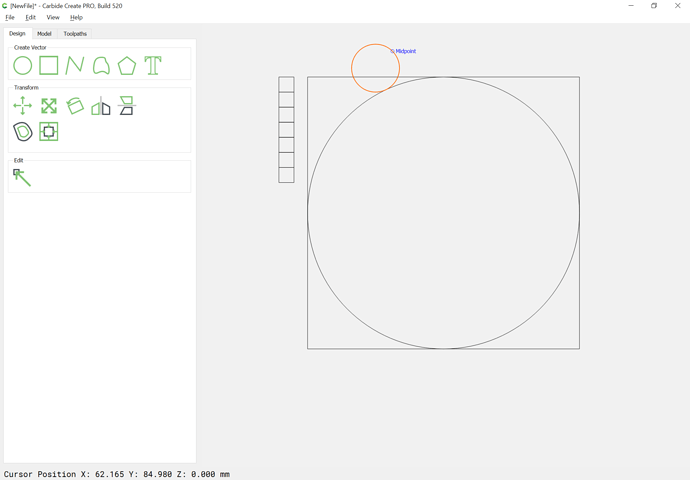 Draw a line which is radius longer than is needed at each end: 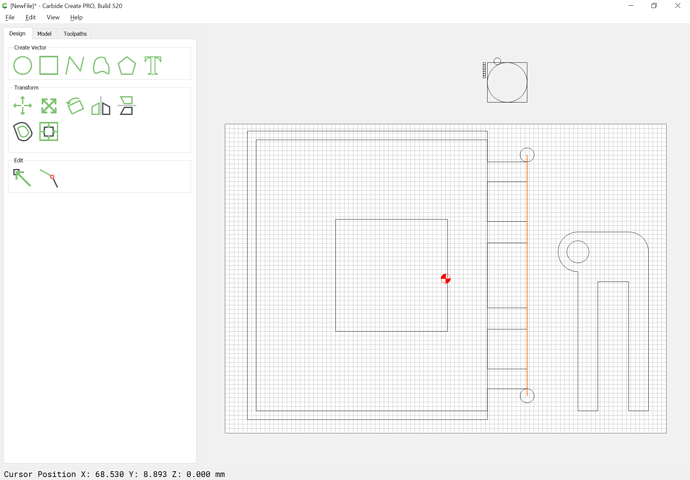 align it with the center of the circle:

and assign it a Contour No offset toolpath to a depth of 0.5mm: 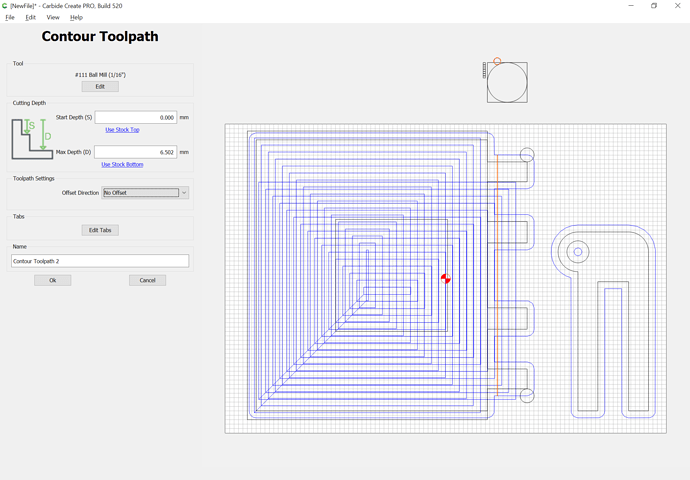 Repeat for each depth square.

Eventually one arrives at: 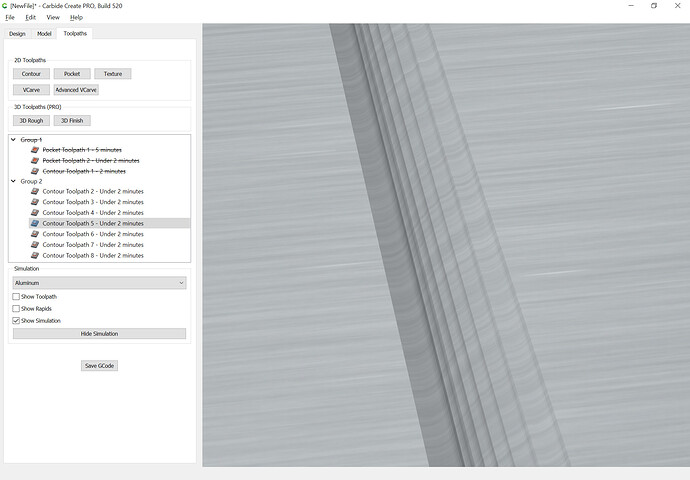 If one is more patient, and willing to take shallower passes, the appearance and fidelity could of course be improved. 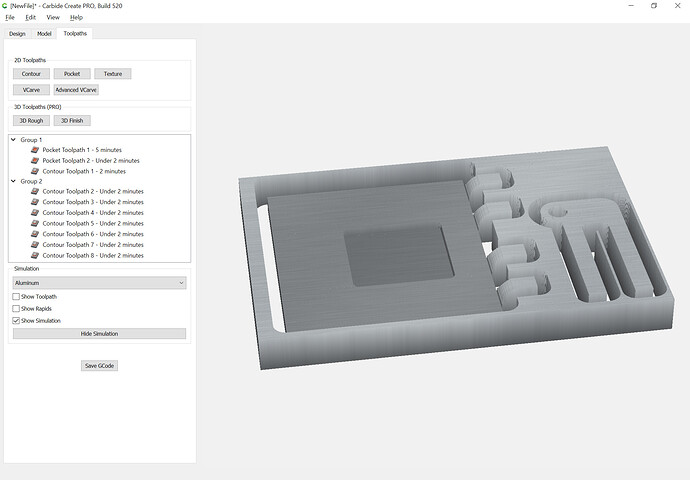 With a bit more patience one can get a fairly smooth appearance: 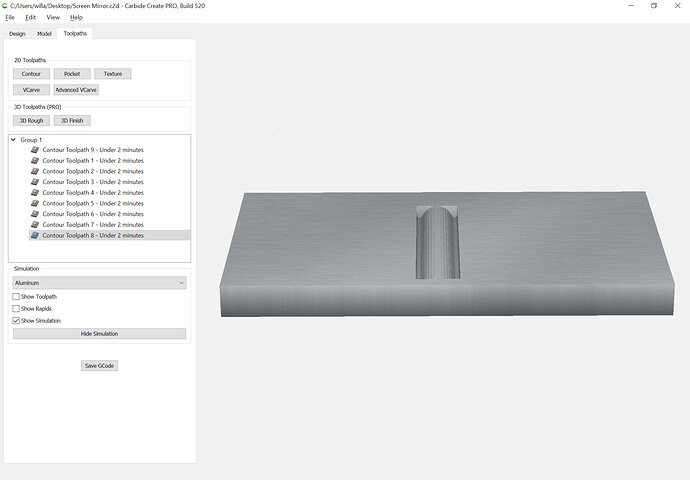 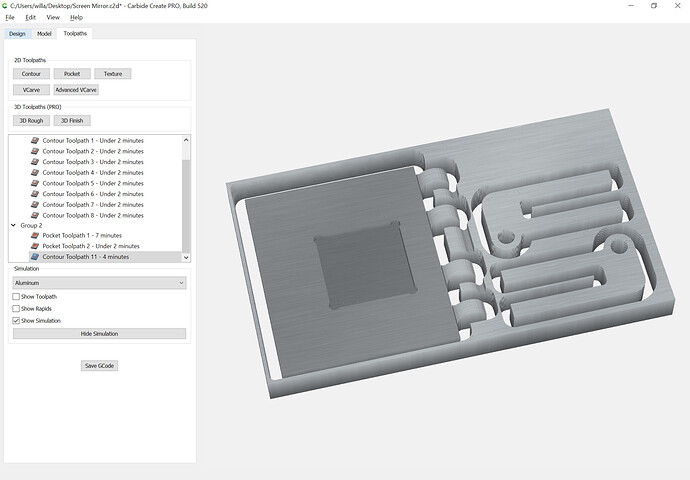 Didn’t have SHCSs long enough to reach the coupler, but the holes I drilled were tight enough to hold anyway: 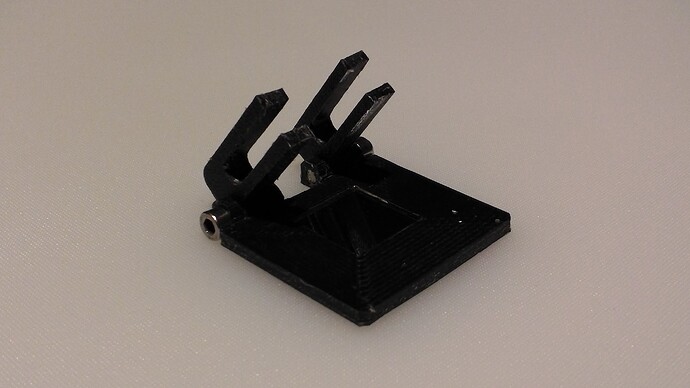 Mirror needs to be larger than 1"x1", so will have to see if some size is available in-between that and 3"x3" (the next size up at the local craft store).